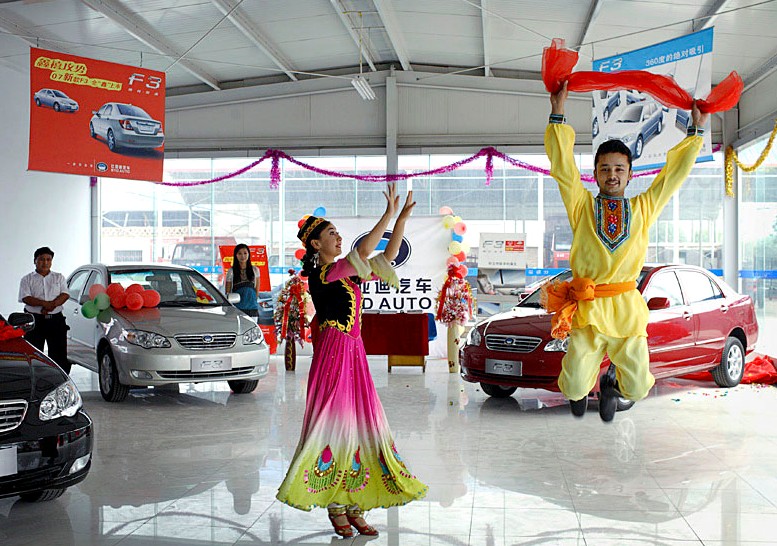 China’s passenger vehicle sales dropped slightly in February from last year, the first fall in more than two years and giving rise to uncertainty about the entire year’s sales.

Domestic sales of cars, sports utility vehicles, multipurpose vehicles and minivans dipped by 0.4 percent year-on-year to 880,027 units in February, a 37.3 percent dive from the previous month’s figure, according to data released by the China Passenger Car Association on Monday.

“February is not a good indicator of overall market growth due to various factors, such as Chinese New Year, consumers getting used to changes in policies and the rise in sales in January in advance of the Spring Festival,” said Lin Huaibin, the manager responsible for China Vehicle Sales Forecast of the consulting company IHS Automotive.

In addition, “dealers get rid of the previous year’s inventory in January, leading to comparatively lower sales in February”, Lin said.

Rao Da, secretary-general of the association, said “the stagnancy of the automobile market in February is reasonable, but it will lead to a downtrend in the coming months”.

He warned against “being optimistic about whole year sales in 2011,” predicting the possibility of the first negative year’s growth in 25 years.

But Lin, of IHS Automotive, still expects the market to grow 10 percent in 2011, stimulated by the subsidy for fuel-efficient vehicles as well as the more than 9.5 percent GDP growth forecast by the company’s economist.

Lin also told China Daily that the effect of Beijing’s quota policy on car purchase started to emerge in February, along with the expiration of the aforementioned incentives on small-engine cars. Toyota’s sales in China fell 2.8 percent year-on-year to 44,100 units, and Mazda’s sales in the country plunged 29 percent from last year to 9,033 units during the same month.

Beijing accounts for around 10 percent of Mazda sales and 5 percent of Toyota sales in China, according to IHS Automotive. “The drop in sales for these two automakers is significant, and demonstrates that sales growth in China will clearly cool this year for some manufacturers,” said Lin.