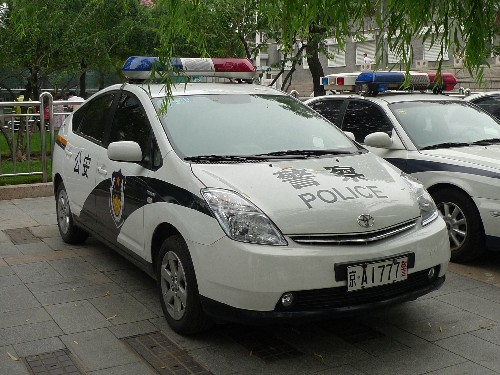 Great for catching criminals, if they are on horseback. A very neat Toyota Prius police car seen on Tiananmen Square in Beijing. This last gen Prius was made in China by the FAW-Toyota joint venture. It didn’t sell so Toyota decided not to make the current Prius in China. At least for now, that is, things might change if China officially announces its new green energy policy for the automotive industry. Many car makers hope for large subsidies. The policy is still a very big secret which usually means the political bosses don’t agree on something. 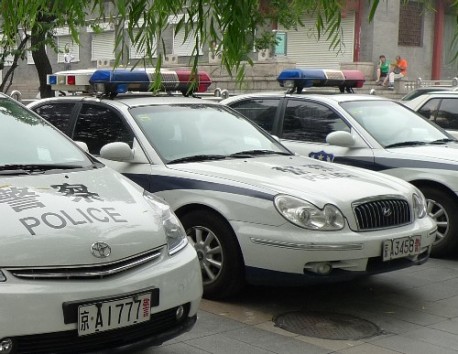 Parked next to the Prius a Hyundai Sonata police car. More common in Beijing than the Prius police car which is quite rare. The Sonata is made in China by the Beijing-Hyundai joint venture.