Angry Chinese Volvo buyer has an Ox pull his XC60 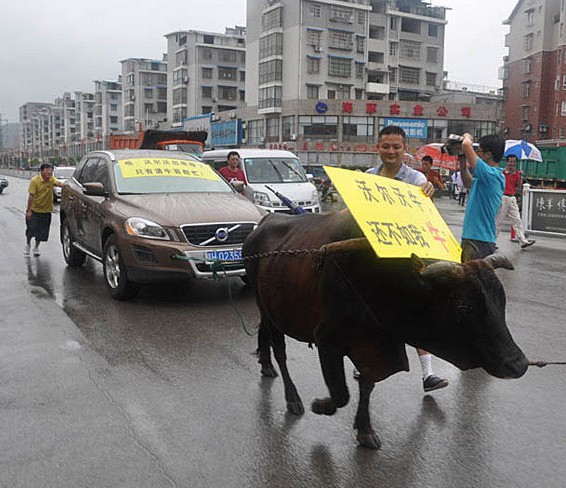 A man from the great Chinese city of Hangzhou bough a brand new Volvo XC60 SUV. Unfortunately the car wasn’t very good, the new owner experienced all sort of trouble, including the engine stalling while driving on the highway. Naturally the man went back to the Volvo dealer where his complaints led to completely nothing. The man so got very angry and decided to take things in his own hands. He rented an ox and had it pull the XC60 right through the streets of the city. 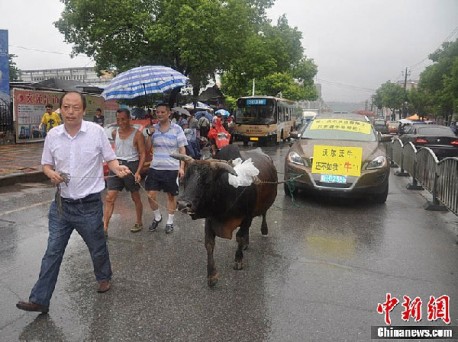 On the yellow card-boards complains about the car and the dealer. The Volvo XC60 is imported in China, its mother company Geely however is very Chinese indeed. 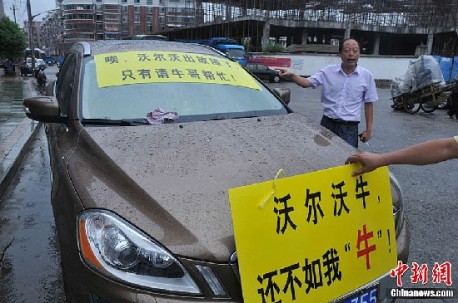 The big red character is ‘niu’. It means ‘ox’ or ‘cow’ but also, like in many other countries, ‘stupid’.

The dealer has yet to respond. The curious case reminds of a similar situation where a angry customer in Shenyang had his broken Range Rover pulled by two donkey’s.