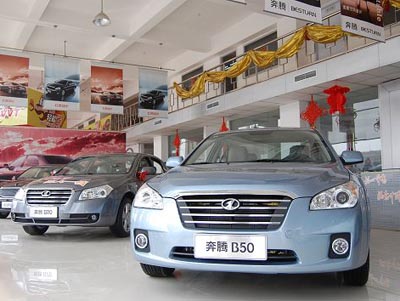 FAW Car Co, a unit of one of China’s three largest auto makers, reported Sunday a net loss of 49.86 million yuan ($7.88 million) in the third quarter of this year because of slowing sales in the world’s largest auto market.

Sales revenue declined 25.38 percent year-on-year in the July-September period to 6.65 billion yuan, the company said in a statement to the Shenzhen Stock Exchange.

The company attributed the loss to a combination of various factors, including the withdrawal of the government’s favorable policy to stimulate auto sales, rising oil prices and the new car purchase restriction in Beijing, which all hurt sales. Higher costs also added the company’s financial pressures.

The company’s net profits plunged 57.79 percent year-on-year in the first nine months to 753.77 million yuan, it said. Its auto sales in the January-September period surpassed 180,000 units, down 2 percent from a year earlier.