A Gift for a Friend: Kim Jong-il got a Hongqi HQ3 from China 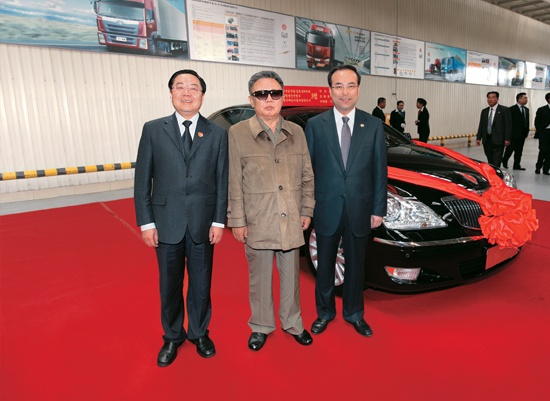 When the late North Korean leader Kim Jong-il visited China in May 2011 to ‘learn about’ the Chinese economy he visited several state-owned enterprises, one of those was a factory from First Auto Works (FAW) in Changchun, Jilin Province. Chinese state media at the time only said Kim “visited assembly lines from FAW and FAW Jiefang”. Thanks to a post on a South Korean army fan-site we now know a little bit more. Kim got a Hongqi and ordered 3000 army trucks… 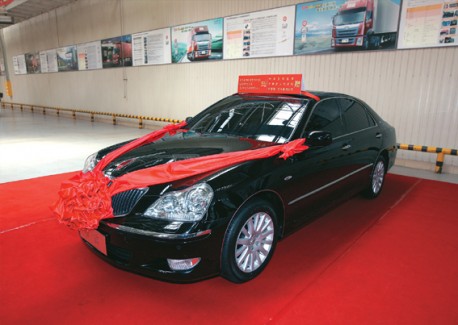 Good old Kim got himself a nice new car, a black Hongqi HQ3 sedan. The choice of vehicle is kinda funny since it is based on a Toyota Crown, made in China by the FAW-Toyota joint venture. Toyota for sure is a Japanse brand and North Korea hates Japan big time, even more than it hates the US and South Korea. A full-spec HQ3 costs 688.800 yuan in China, or 108.000 US dollar. A good friend, deserves a good gift, especially if he wants your tucks: 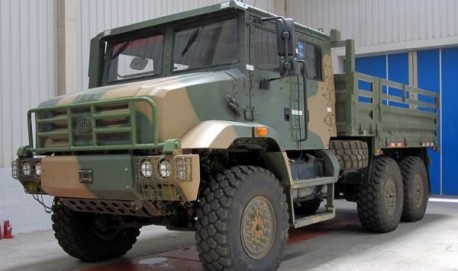 FAW Jiefang is a truck maker. They make trucks for civilian use but also trucks from the Chinese military. This 6×6 monster is FAW’s newest army truck. According to the South Korean source Kim ordered 3000 of  these trucks and some ‘army jeeps’ as well. It is not sure whether the trucks have been delivered already. Likely not, because the truck is so new the Chinese army ain’t using it yet. 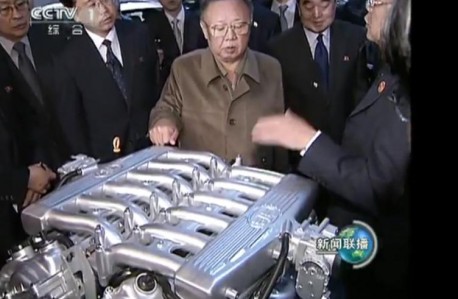 This is a still from Chinese TV. It shows Kim looking at FAW’s V12 engine. The engine debuted in 2009 and will power the upcoming Hongqi HQE limousine. No doubt Kim would have liked on of those as well.