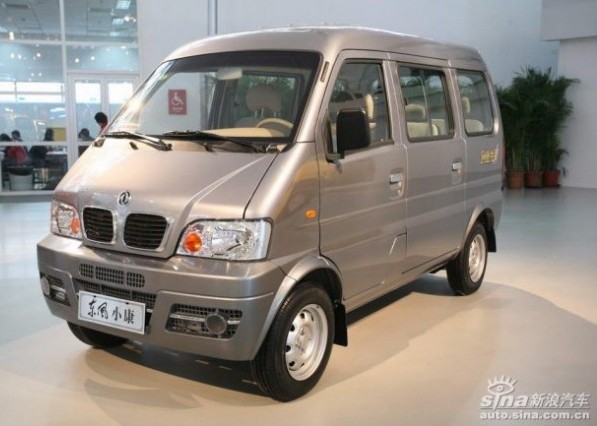 The Dongfeng Xiao Kang, a well-known minitruck model of China, has been put into mass production in Thailand to address rising local demand, the company announced on Thursday.

He made the remarks after sealing a loan deal worth 1 billion baht ($3.2 million) with Kasikorn Bank.

The factory aims to enhance productivity and meet rising market demand, he said, estimating that the sales of Dongfeng minitruck this year would reach 3000 units, a rise of 90 percent from 2011.

The establishment of a production base in Thailand would also fulfill the DFM’s desire to expand business across the wider ASEAN market, according to Patchara Samalapa, executive vice president of Kasikorn Bank in charge of the SME Division.

“When the ASEAN Economic Community is completed in 2015, Dongfeng minitrucks, while based in Thailand in terms of production, can be exported freely to other ASEAN countries like Laos, Cambodia, Myanmar, Malaysia, etc,” he said.

Apart from DFM, other China-based auto-makers like Cherry and Lifan are also preparing or considering switching from importing to production in Thailand. But it seems to be a long way to go. Statistics provided by Kasikorn Bank reveal that despite a 52 percent year-on-year increase in sales last year, Chinese cars only account for 0.4 percent of the Thai market.