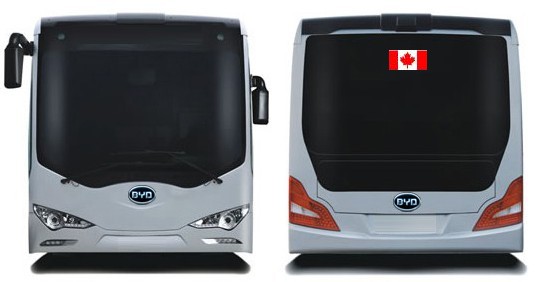 Domestic automaker BYD Co has signed an agreement to produce electric buses in Windsor, Canada, a city across the border from Detroit that was long involved the US auto industry. According to the deal between BYD and the Windsor government, the Chinese company will produce 500 buses annually in the city.

The local government will first purchase 12 BYD K9 electric buses and is likely to order more in the future. BYD will also cooperate with local public service group Enwin to recycle bus batteries. When the buses are out of service in 12 to 15 years, the batteries will be used in a local energy storage station.