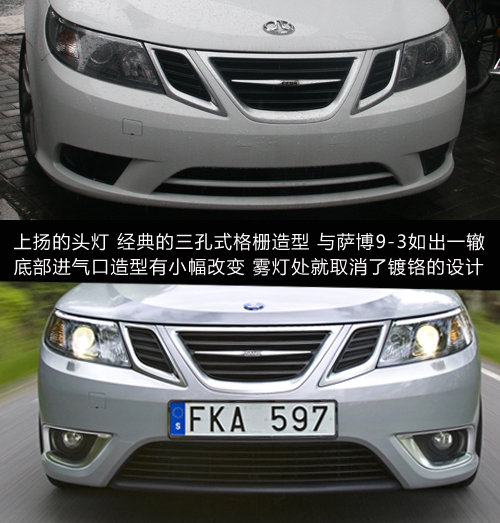 BAIC, parent of Beijing Auto, bought the rights to the old Saab 9-5 and Saab 9-3 in 2009 from GM. The Beijing Auto C70G, based on the 9-5, debuted on the Beijing Auto Show in April. Beijing Auto is still working on a new car based on the 9-3 which will likely be called C60. A new spy shot from the front reveals Beijing Auto didn’t do much extra design work, a disappointment after the sleek Fioravanti-designed C70G. But!, we got to be a bit careful here. We have seen loads of 9-3 based concept cars and prototypes over the past few years and it ain’t 100% sure this is the real thing. Pic via: Sohu.com.