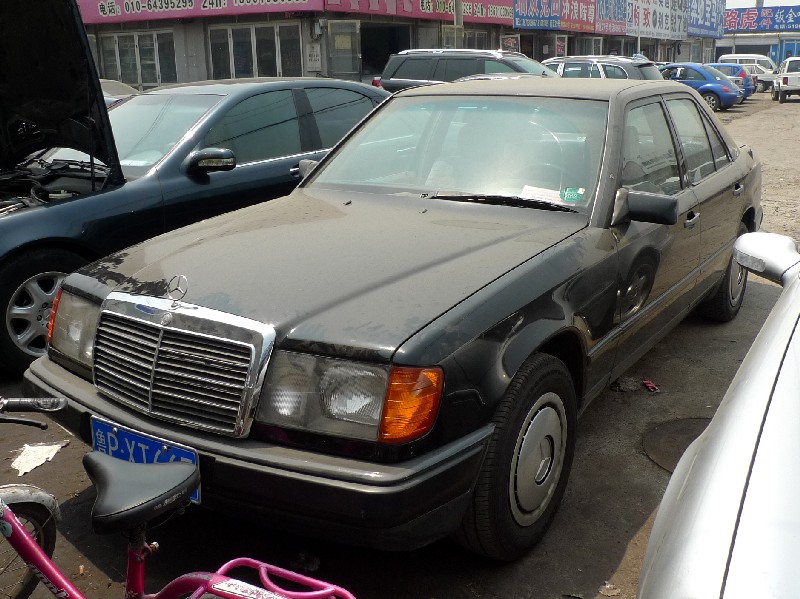 A fine black W124 Mercedes-Benz 200 seen on a car parts market here in Beijing. It was dusty and dirty but a nearby shop owner told me the old Merc still snored like it was born yesterday. The W124 ‘E-class’ was made from 1985 until 1996. It was never officially sold in China but many arrived via the gray circuit and some other shady deals. 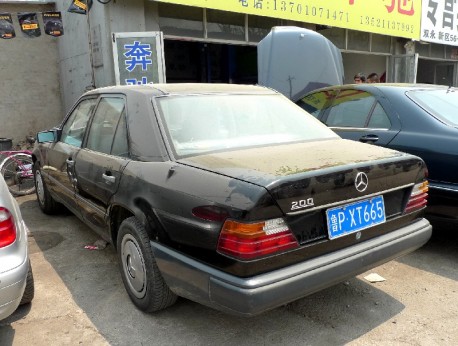 Most E’s went directly to the government, state-owned companies and as airport-limo’s to expensive hotels. Many are still alive today although parts are harder and harder to find. At the same market I also saw a perfect W124 300E, more on that machine in a later post. This blacky was a very early 200, made from 1985 until 1992 and powered by a 109hp 2.0 four-cylinder.