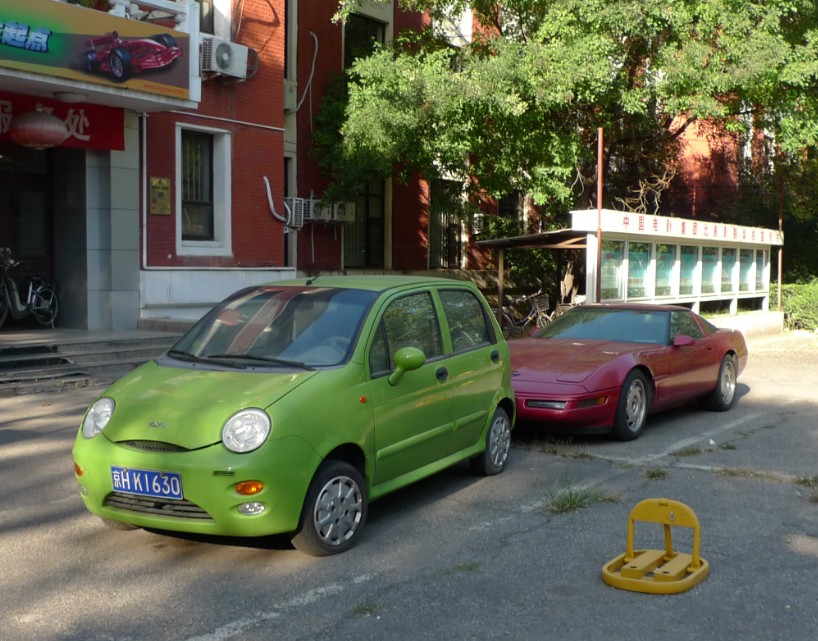 Seen on the premises of the film academy in northern Beijing, a very fine lime-green Chery QQ in front of an even better very red Chevrolet Corvette C4. An interesting combination of automobiles indeed! The Corvette C4 was never officially sold in China but this example had a license plate and a 2012 insurance sticker. I doubt it was imported by a diplomat, a movie hotshot with friends in the right places seems more likely. 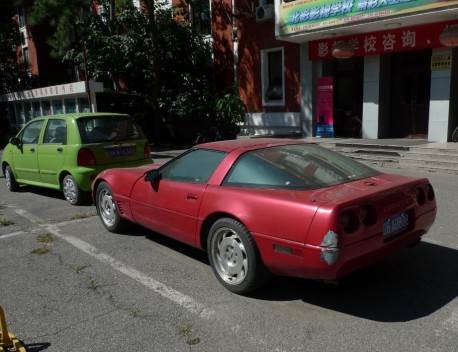 The Corvette seemed in perfect condition except for some small damage at the back. Getting replacement parts for this Corvette in China will be very hard, only way is import from the US. GM by la way still doesn’t sell the Vette in China, a missed opportunity to make money, and GM must know it can sell American muscle on the Chinese car market after the great success of the officially imported Camaro. 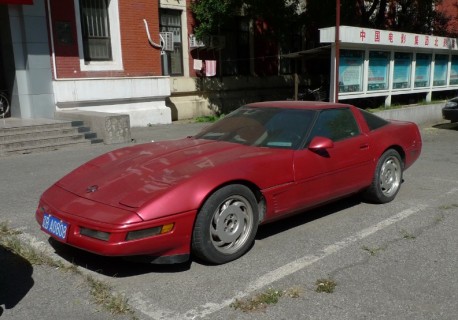 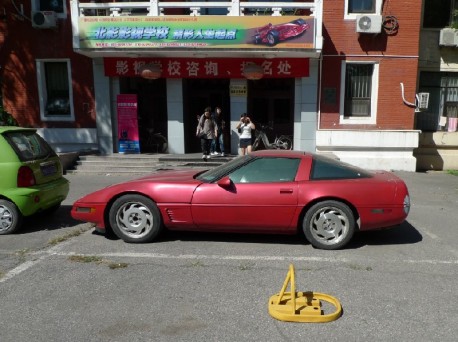 The lime-green Chery QQ is an early car, a 2003-2005 model, made before the name changed to ‘QQ3’ in 2006. The original QQ was powered by a 0.8 liter three-cylinder that pooped out a tiny 51hp, good for a 120km/h top speed. The old QQ’s are sadly becoming a rare sight on Beijing’s roads thanks again to new environmental regulations; the 0.8 is simply too dirty. 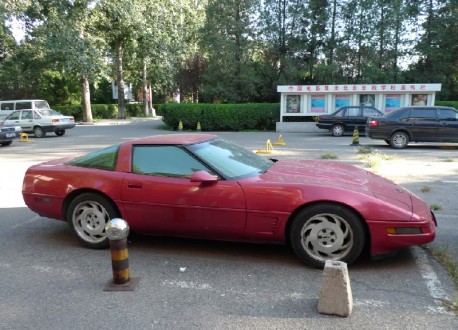