Spotted in China: Lexus LS400 with a mighty body kit 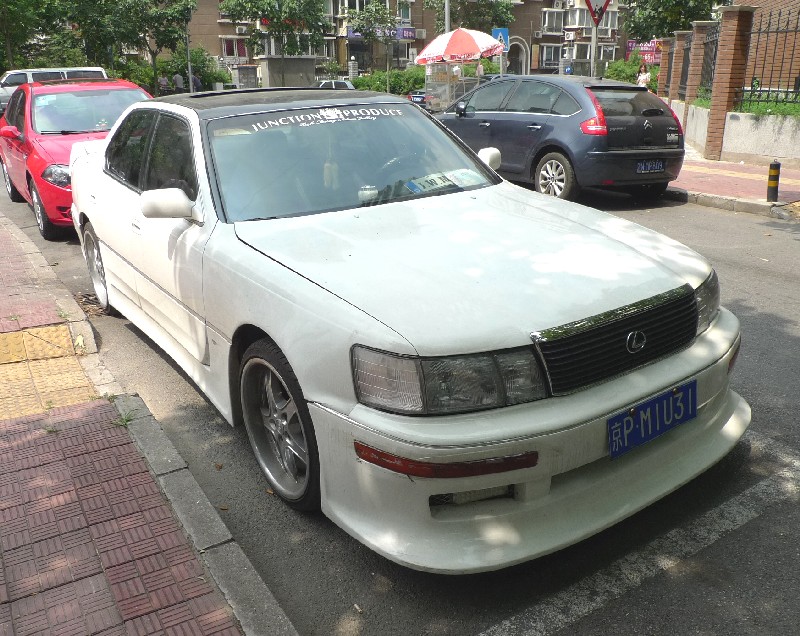 A very interesting car seen on da street in Beijing. This poor sedan is a first-gen Lexus LS400 with a gigantic body kit. Sticker on the front window says ‘Junction Produce‘, which is a famous Japanese tuning company. They did indeed the LS400 but the quality of the work on this white car seems to indicate it was done at a local shop, made to look like the real thing. 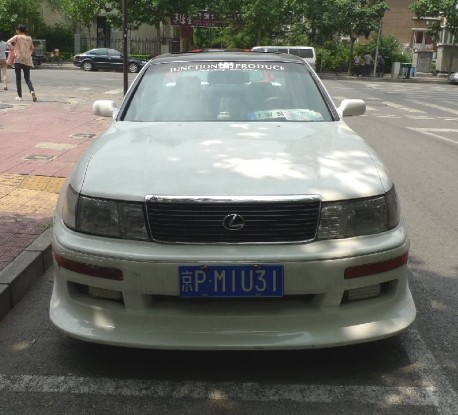 Still, real or not, this is an impressive looking car. Very low on the ground, sure a risky thing on Beijing’s roads. But heck, no rewards without the risk! The LS400 was never officially sold in China, some came in gray, others via diplomatic channels, but not that many. The gray market consist mostly of cars imported directly from American dealers on the US West Coast. The first-gen Lexus LS400 was made from 1990 until 1994, powered by a 4.0 V8 that pooped out 250hp. 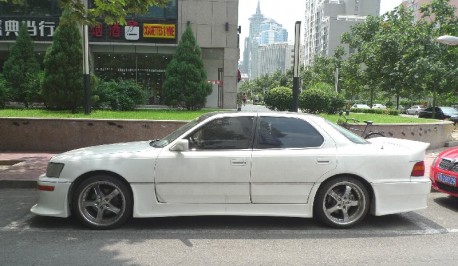 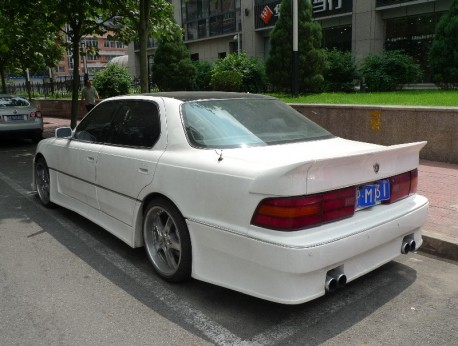 Big wing is Bad! Double exhaust pipes. I couldn’t look under the bonnet so I don’t know whether the engine was tuned up a bit. Should be, all that extra plastic comes in heavy. 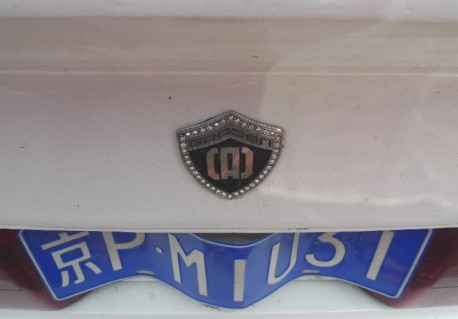 A ‘Garson’-logo. Garson, guess what?, is another Japanese tuning company, also specialized in sexing up Lexus cars. Note license plate holder was made for smaller, American, plates. 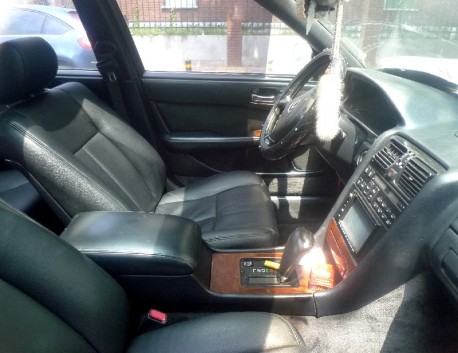 Interior largely untouched except for nav-screen. Still in good shape after all those years. 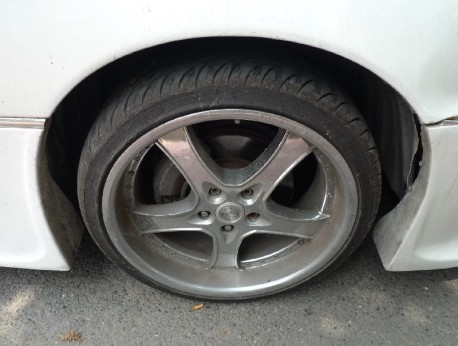 Wheels are big but still to small in arch. 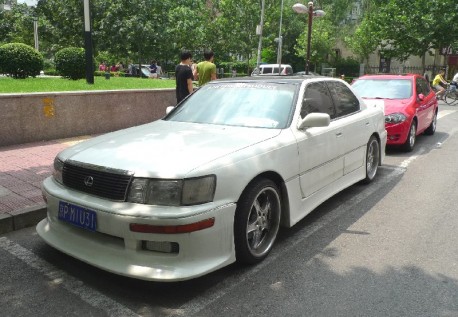 Bit messy and all, but just look how impressive this car is compared to the red Brilliance!