Toyota and Nissan are cutting production in China 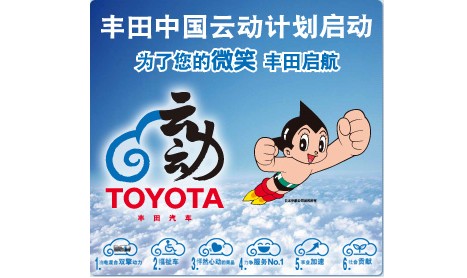 Japanese carmakers, including Toyota and Nissan, are cutting production of vehicles in China. Nissan, the biggest Japanese carmaker in China, said output would stop from Thursday, three days earlier than a planned holiday closure.

Toyota said it was reducing output because of a slowdown in demand.It comes shortly after a wave of anti-Japanese protests across China that led to a halt in production for several days at many Japanese companies.

The demonstrations were a result of a territorial dispute between the two countries over islands in the East China Sea. “We have seen an effect on sales and orders in China so we are adjusting our production to meet that situation,” said Dion Corbett, a spokesperson for Toyota.

Neither Toyota nor Nissan provided exact numbers for how much production would be cut. Toyota said two of its production joint ventures in China would not operate from Wednesday through to 29 September. One other vehicle production plant would continue production.

After that a pre-planned closure of the plants will be in effect for holidays in China till 7 October. Toyota said when the plants re-open “operations will be adjusted to match the situation”. The Nikkei newspaper reported that when the production facilities re-opened, the company would only operate one shift instead of two.

Reuters news agency reported that Suzuki was also taking similar steps of reducing shifts to one in the coming weeks. China is Japan’s largest trading partner and a key market for its consumer goods.

Japanese carmakers, as well as retailers, bore the brunt of the anger towards Japan in China last week. The islands, known as Senkaku in Japan and Diaoyu in China, are controlled by Japan but both China and Taiwan lay claim to them.

Protesters attacked car showrooms in some cities. Japanese car makers were already facing a slowdown in their sales in China, as the growth of the country’s economy eases.