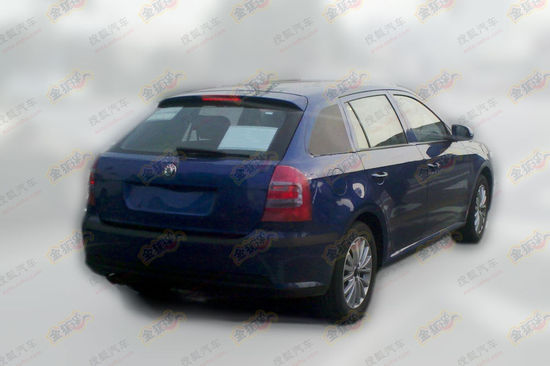 Spy shots from the Skoda Fabia Combi testing in China, it will debut at the Guangzhou Auto Show in November and will be launched on the Chinese car market early next year. The Skoda Fabia Combi will be made in China by the Shanghai-Volkswagen joint venture. Skoda is also considering to make the Octavia and Superb wagons in the country.

[update] new reports indicate this is indeed the upcoming Volkswagen Lavida wagon, which will be made by Shanghai-Volkswagen as well. Plans for production of the Fabia Combi are however very real so we expect to see that one out testing soon… [/update]