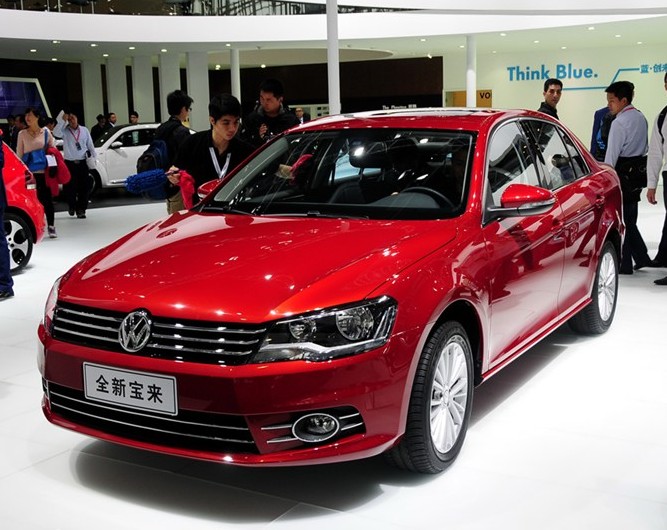 Back in Holland we say: “Mooi rood is niet lelijk”, best translated as “Pretty red ain’t ugly”, and this Volkswagen Bora loox fantastic in red! Yez, Think Blue and such & such, but red is always best. The facelifted Volkswagen Bora debuted on the Guangzhou Auto Show with an all-new front, giving the Bora a much more expensive look. 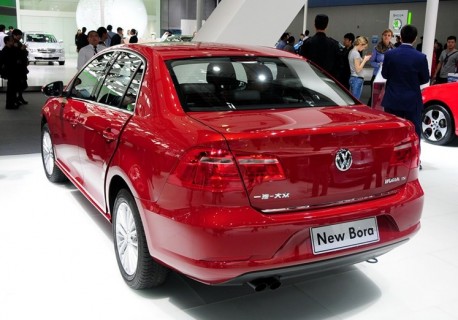 The facelifted Volkswagen Bora will be launched on the Chinese auto market on December 12, priced between 100.000 and 150.000 yuan, positioning the Bora just above the new Volkswagen Jetta. Engines: 131hp 1.4 TSI and a 104hp 1.6. The Volkswagen Bora is made in China by the FAW-Volkswagen joint venture. 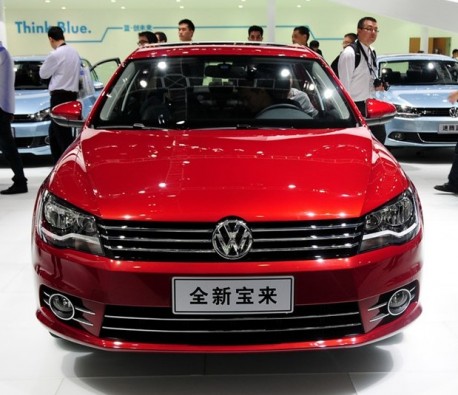 The Volkswagen Bora is a China-only mid-size sedan, it debuted in 2008 and got a small facelift in 2010. Sales have continued to be strong over the years, this new facelift indicates the current model will hang on for at least another two years.