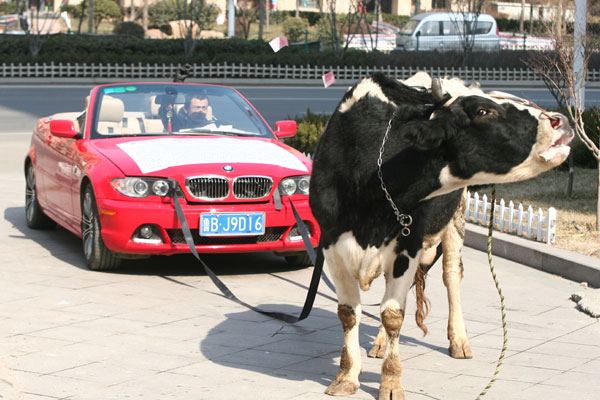 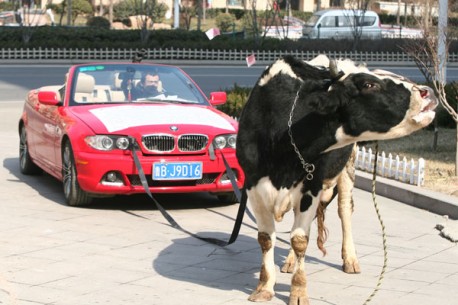 An angry Chinese BMW owner from the great city of Qingdao in Shandong Province hired a cow to tow his 1-series cabrio around town, after a local BMW dealer failed repeatedly to fix the car. Hiring the cow 1000 yuan or 160 USD. This curious case reminds us of a Volvo with an ox,  a Range Rover with Donkeys and a Porsche with naked girls. 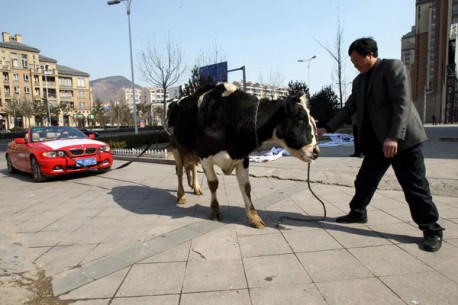 The use and an animal is significant. It wasn’t very long ago that most transport in China was done by animals, and the poorer areas of the vast Chinese countryside still depend on animal power today. Many wealthy Chinese in the cities rather forget or ignore this, but they very well know. By hiring a cow or an ox to pull a broken car the angry owner wants to show the vehicle isn’t worth more than a farmer’s cart, which is so intended to make the dealer feel deeply ashamed. 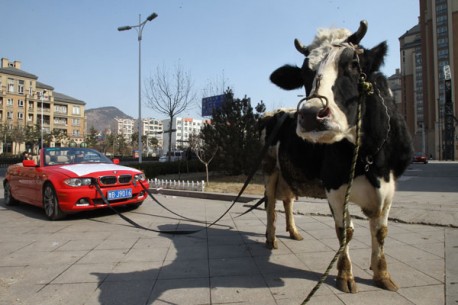 The BMW 1-series cabrio is imported in China and very expensive, price starts at a ridiculous 368.000 yuan or 73.000 USD for the 120i. Dealers in second tier cities such as Qingdao (hello Ashley!) know how to fix the locally made stuff but are often incapable of dealing with expensive imported cars. A buyer however, expects otherwise. 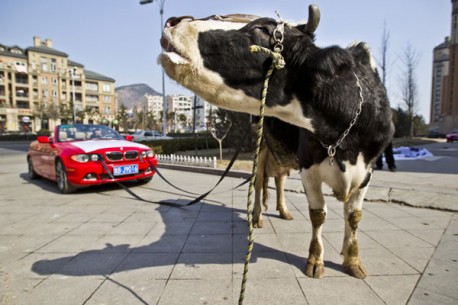