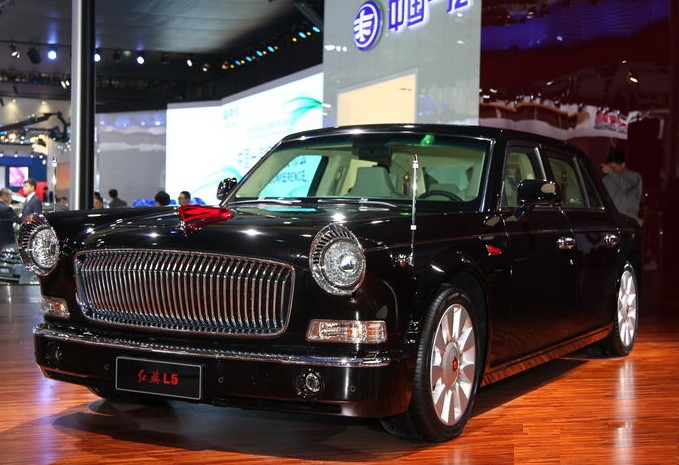 The Hongqi L5 has debuted on the Shanghai Auto Show. It is the third car in Hongqi’s L-Series, after the giant Hongqi L9 (aka CA7600L) and the slightly shorter Hongqi L7. The L9 and the L7 are both powered by a V12, while the L5 will likely get a V8. The Hongqi L5 is also a bit shorter than the L7. 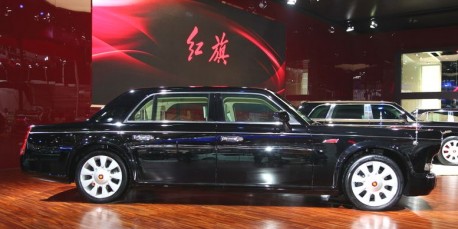 Only the L9 actually exists as a parade car for the Chinese government, the L7 is so far just a show car and so is the new L5. Whether the L-Series will ever be launched on the general market is very unsure. The L5 in Shanghai comes with flagpoles which indicates it is yet another government-only Hongqi. 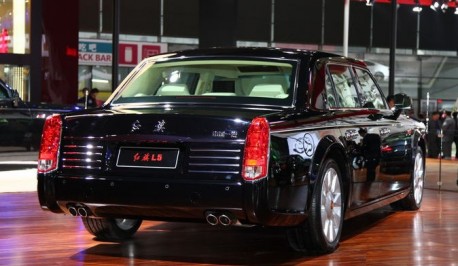 Shorter wheelbase makes the L5 look stronger and more purposed than the larger L7 and L9. 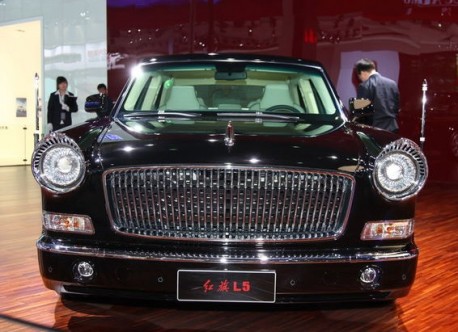 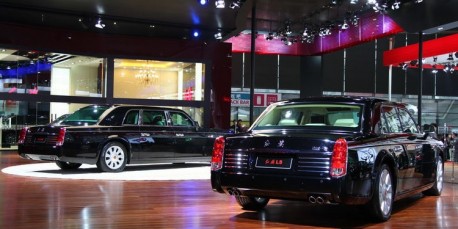 With the L9 which has been redesigned a bit around the C-Pillar, more on that in a later post.