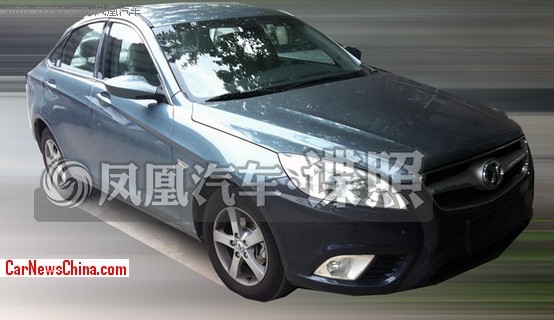 The best spy shots so far of the upcoming Beijing Auto C50E, seen here almost naked in China, bar some camouflage on the bumpers. The C50E is a new mid-size sedan that will be sold under the Shenbao/Senova brand, it will be positioned under the Beijing Auto Shenbao D-series. 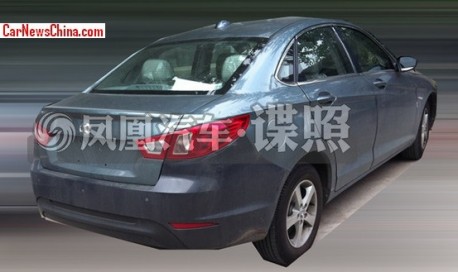 The C50E debuted as a concept car on the 2012 Beijing Auto Show, the production version will be launched on the China car market in early 2014. 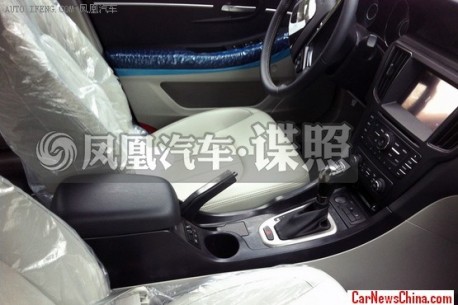 The C50E will be powered by a direct-injection 1.5 liter turbo with 163hp and 225nm. The engine is called ‘T-Power 150′ and will be used in various other Beijing Auto branded cars.The 1.8 turbo that is used in the Shenbao D-Series will not be available in the C50E. 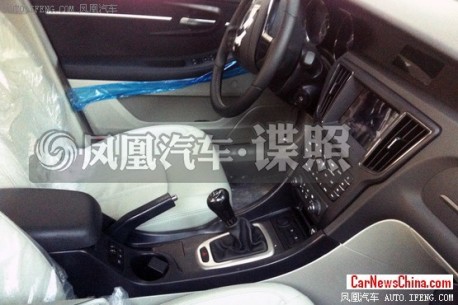 Dash a bit sporty with sloping center console. Strangely, the screen is sloping too, which will make it hard to read. Chrome around the gear lever looks lonely in a sea of cheap black plastic. 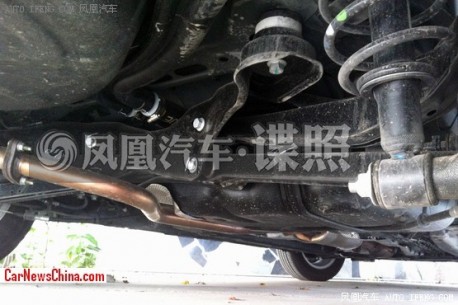