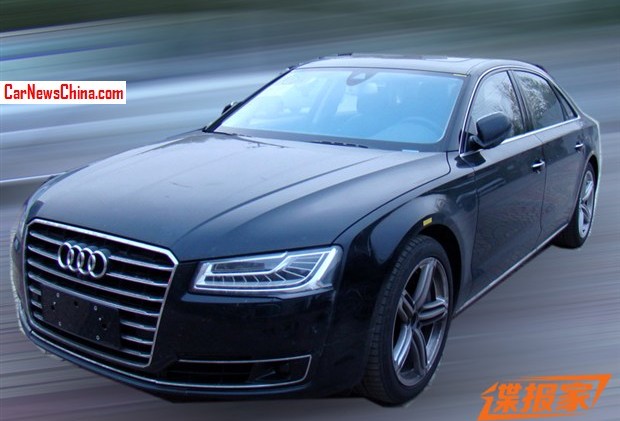 New spy shots showing the facelifted Audi A8 testing in China, it will have its Chinese debut on the Guangzhou Auto Show in November and it will be launched on the China car market before the end of this year. The Audi A8 is the most popular executive limousine in China, but it will have to battle hard to keep the new Benz S of its back. 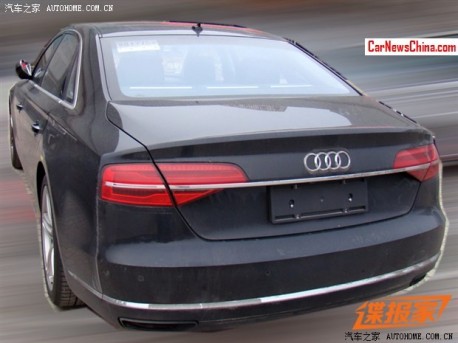 The China-bound Audi A8 will be available with a 310hp 3.0 TFSI, a 435hp 4.0 TFSI and with the mighty 500hp 6.3 liter W12. Most Chinese car buyers will go for the stretched ‘L’ variant. Audi could easily sell an even longer version of the A8, for much more money. Mercedes-Benz has seen the gap and is working on a stretched S that will sit between the S-L and the future Pullman. Audi hasn’t got an answer yet. 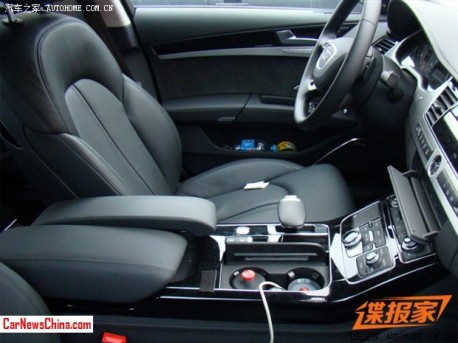