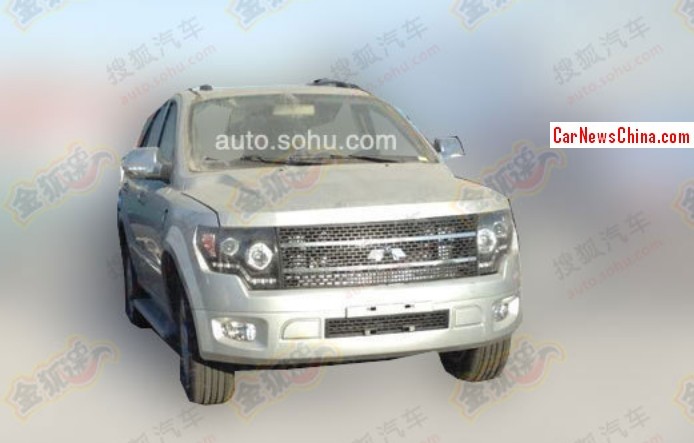 New spy shots of the upcoming Jiangnan Chunzhou SUV testing in China. The Chunzhou SUV is expected to hit the China car market in the first quarter of this year. Price will range from  80.000 to 100.000 yuan (13.000 – 16.300 USD). Design of the Chunzhou SUV is a curious mix of influences by Ford and Range Rover. 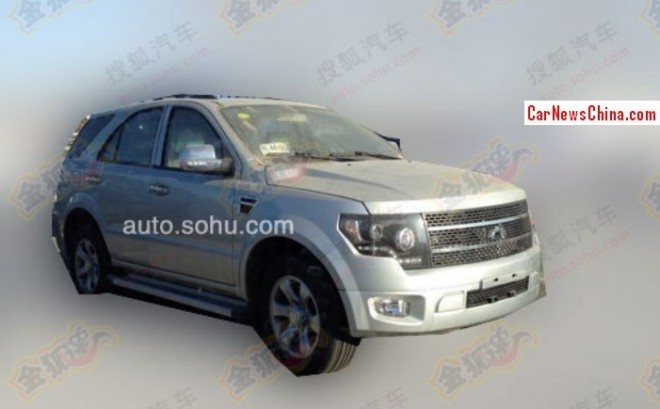 made by a company called Jiangnan Chunzhou Automobile (web), also known as Jiangnan Auto. Back in March we saw spy shots of another Jiangnan Chunzhou SUV with a different front, but it hasn’t been launched on the market yet. Both SUV’s seem to be based on the same platform.

Cheap SUV’s with an expensive looking front are still very popular in third and fourth tier cities and in the countryside, where many first-car buyers feel the urge to impress friends and family with a car as big and shiny as possible.