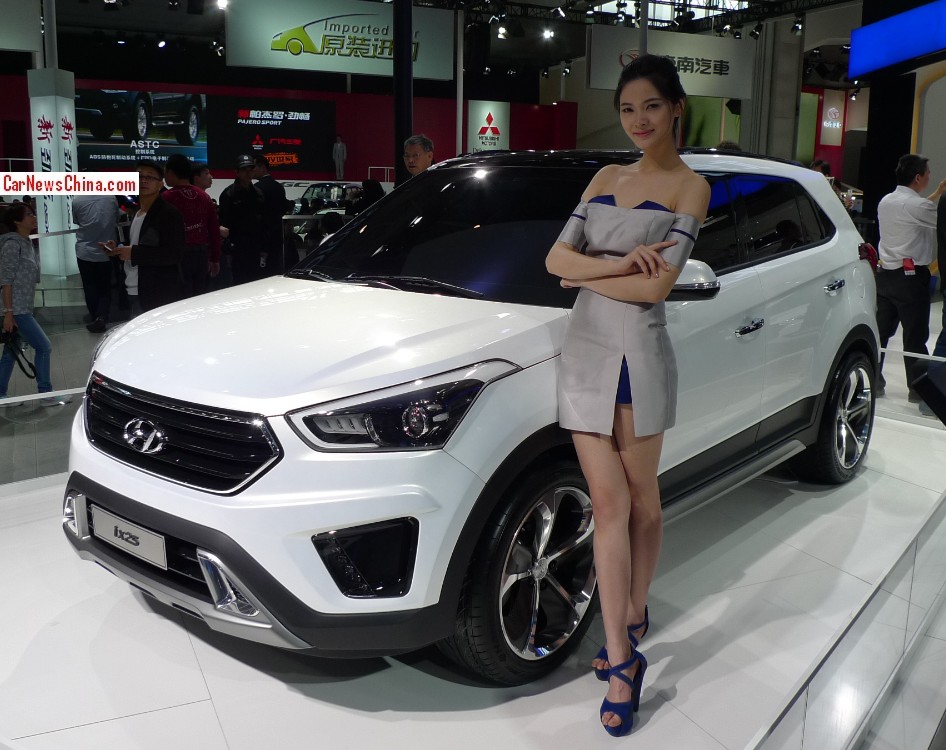 The Hyundai ix25 Concept debuted on the 2014 Beijing Auto Show. Again a disappointment as the production version was expected. The same thing happened earlier on the show with the Kia K4 Concept, making us wonder whether all is fine with the China-operations of Hyundai-Kia. 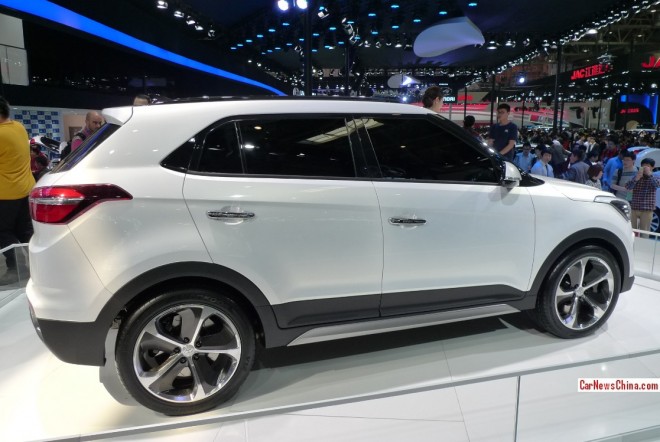 The production version of the Hyundai ix25 will be manufactured in China by the Beijing-Hyundai joint venture to compete with cars like the Ford Ecosport and the upcoming Volkswagen Taigun. The ix25 is based on the platform of the Kia Soul, which is made in China by the Dongfeng-Yueda-Kia joint venture. 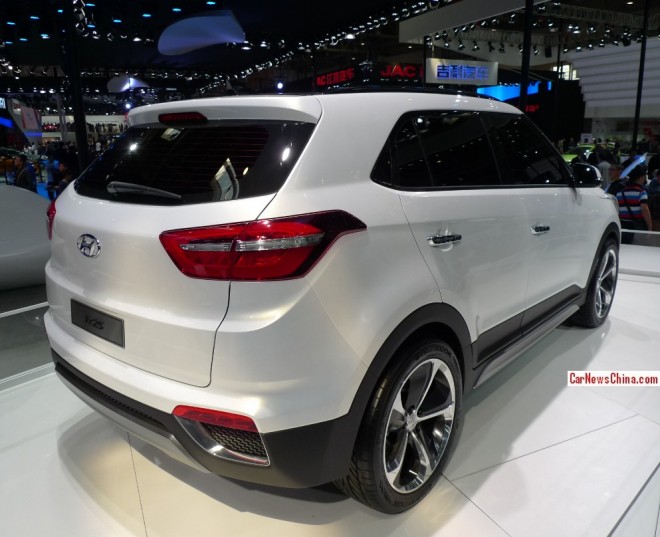 A good looking little SUV. Design should be finalized by now so the only thing that will really change is the size of the tires. The concept didn’t really have a finished interior but it did have a steering wheel and shapes looking like seats. The windows were too dark too see much and staff got really pissed when I tried hold my camera against the window for a shot. Staff said: “No no not allowed!”, and pushed me away. 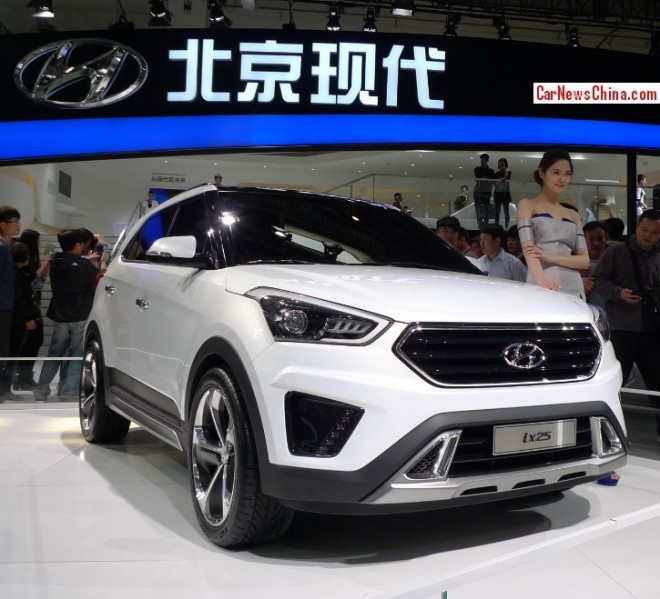 As long as the babe keeps smiling…