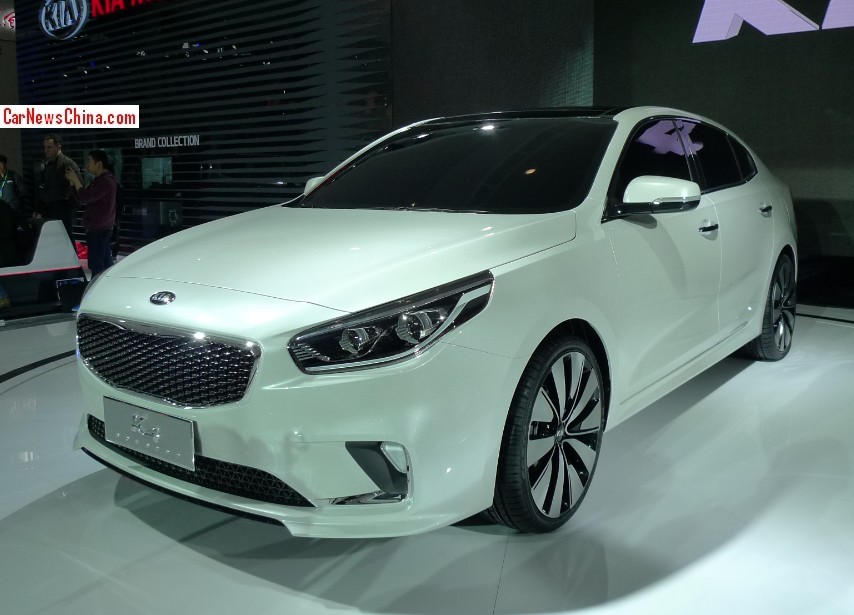 The Kia K4 Concept debuted today on the 2014 Beijing Auto Show, and we were very disappointed because the production version was expected. The Kia K4 Concept previews the new Kia K4 sedan which was originally scheduled to hit the Chinese car market in the second half of this year. However, around-around we heard launch will likely postponed to early 2015. 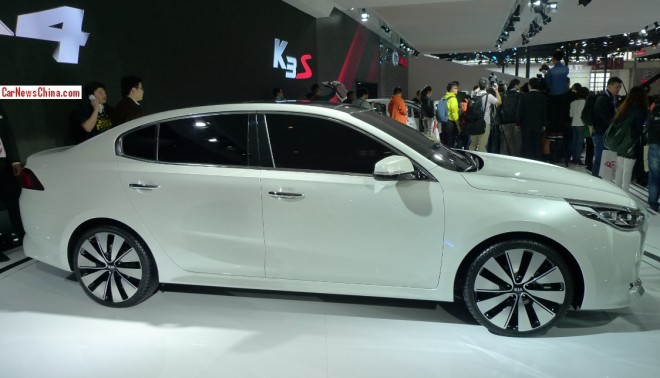 Shape is basically ready. Think away the big wheels and dress down the grille a little, and that’s the K4. 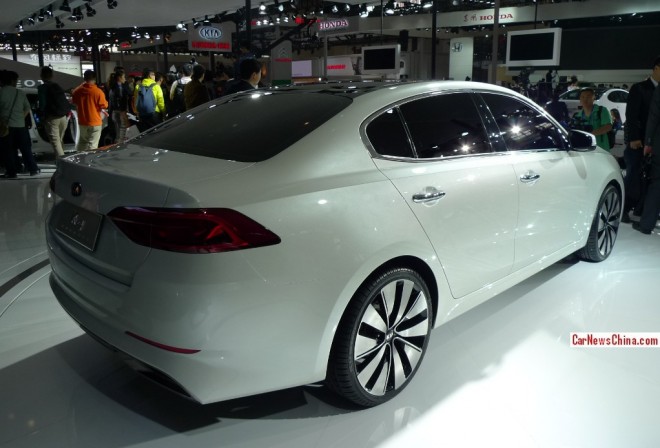 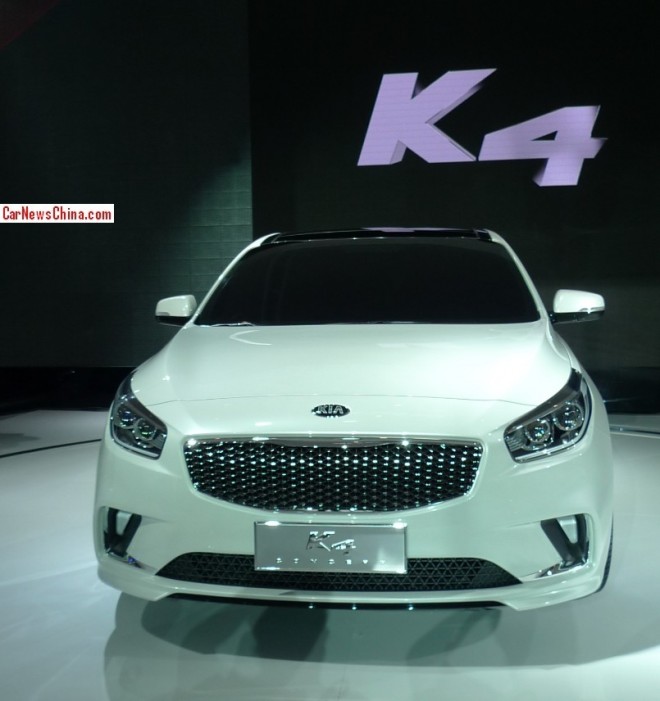 The display says ‘K4’, but this really is just the K4 Concept.