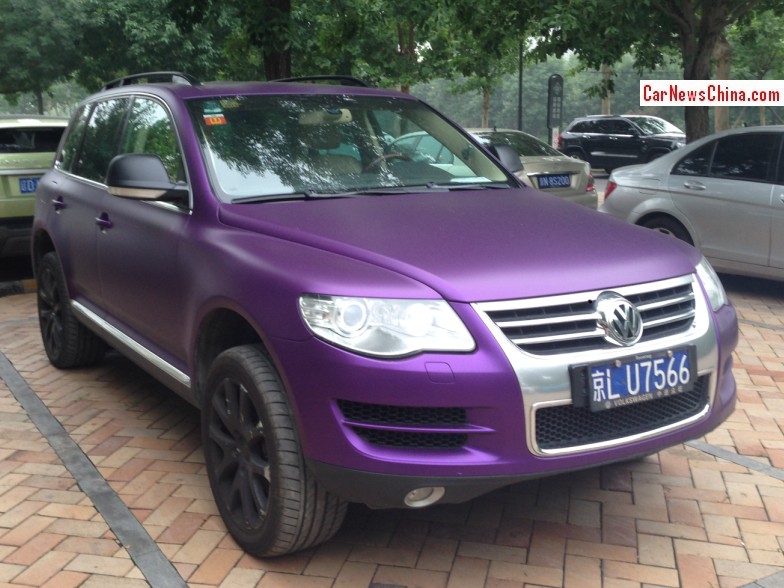 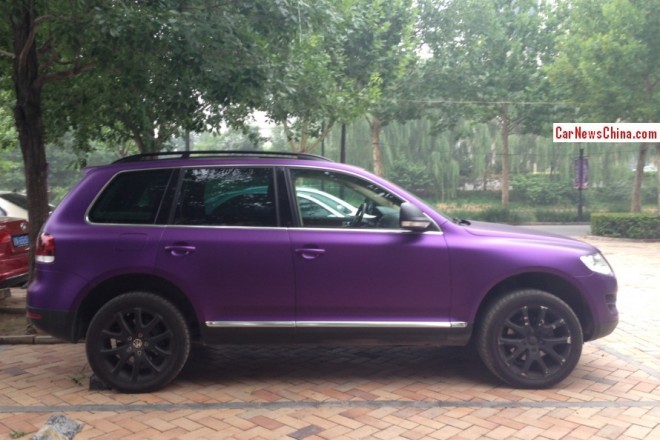 The front windows are not darkened, making for a confusing ensemble between the A and B pillars. Around the windows sits a chromed strip functioning as a barrier between the partly darkened windows and matte purple body. The chrome comes back again on the doors, once again as a barrier, now between the main body and the lower body, which is in matte black as well. Wrap is of good quality and neatly extends over door handles, but only partly over the bumpers and, as mentioned above, not at all over the mirrors. 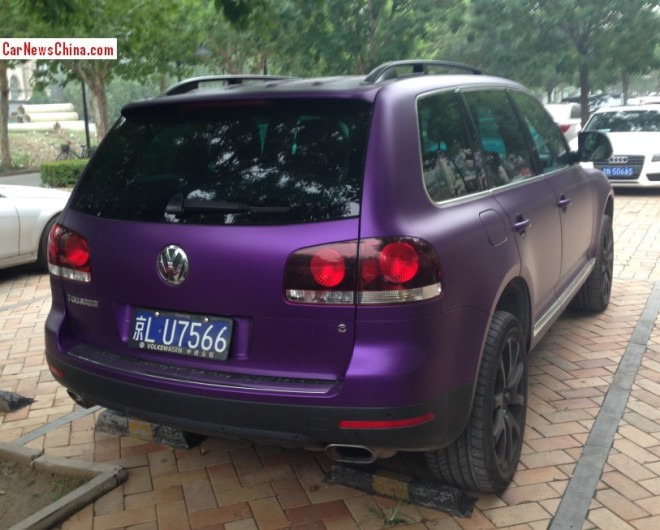 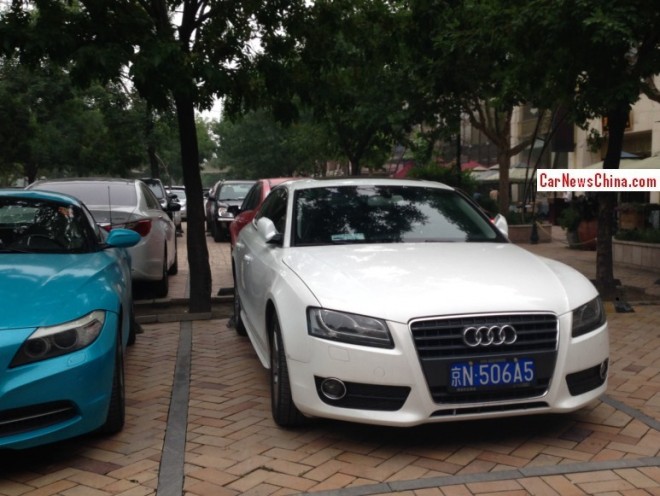 … license plate reading 506A5, which is one of the best license plates we have seen on an Audi A5 in China so far. On the left a BMW Z4 in baby Smurf blue, I will get back to that car soon or later.