Volkswagen Touareg is a lot of Other Cars in China 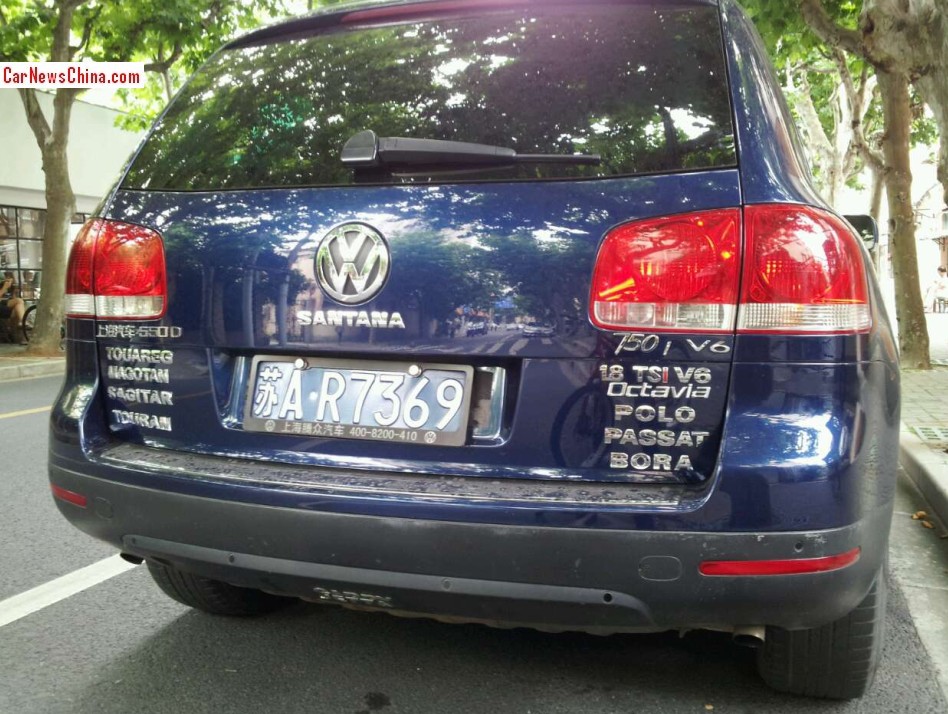 All these cars are currently manufactured in China by Shanghai-Roewe or the Shanghai-Volkswagen and FAW-Volkswagen joint ventures, except for the Volkswagen Touareg (which it is), which is imported into China. 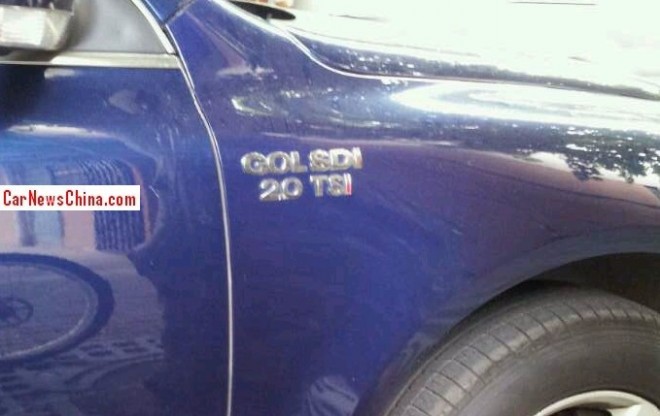 The front fender adds the Volkswagen Gol SDI, and a 2.0 TSI (no name there but the lettering seems Volkswagen). This good car, is probably schizophrenic to the max…

Badges like all these are widely available on car markets in China, the cheapest go for a few yuan and the best for some fifty. ‘Rebadging’ cars in this way is very common in country, but we have never seen so many cars on one car, although this BYD and this Jibei come close. 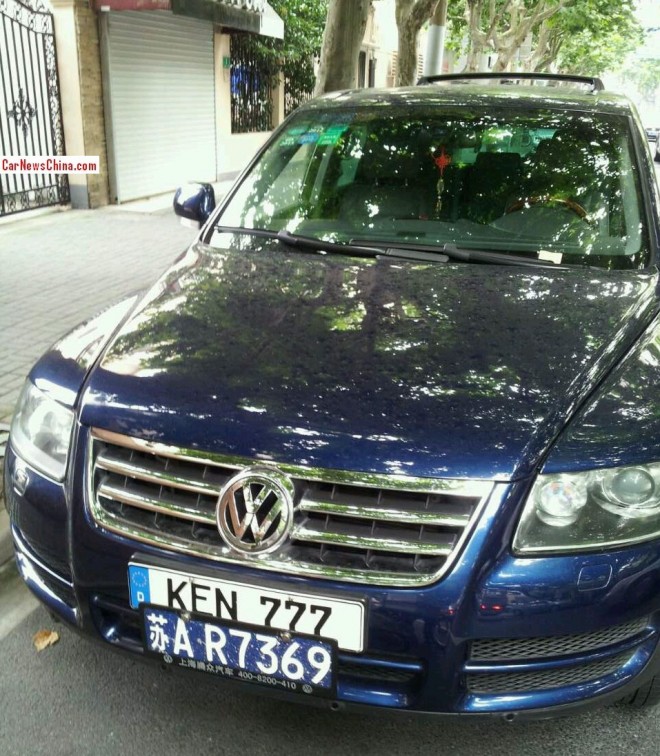