Suzuki Alivio sedan is Ready for the China car market 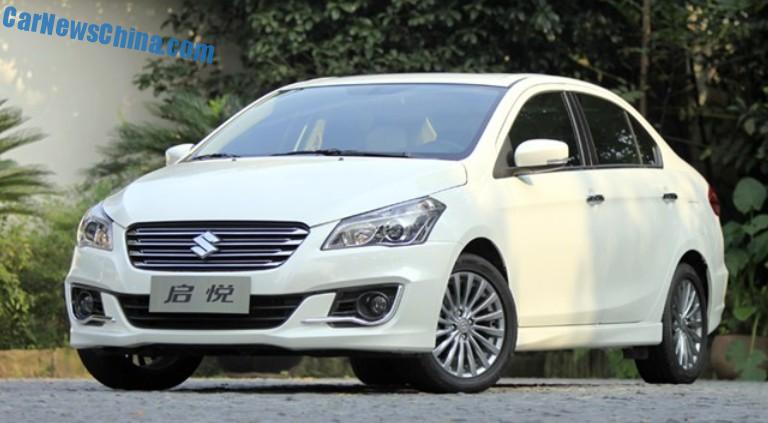 This is the brand new Suzuki Alivio sedan, it will be launched on the China car market in October. Price will start around 90.000 yuan and end around 140.000 yuan. The Suzuki Alivio debuted as a concept on the 2014 Beijing Auto Show, an evolution of the 2013 Suzuki Authentics Concept. Chinese name is Qiyue. 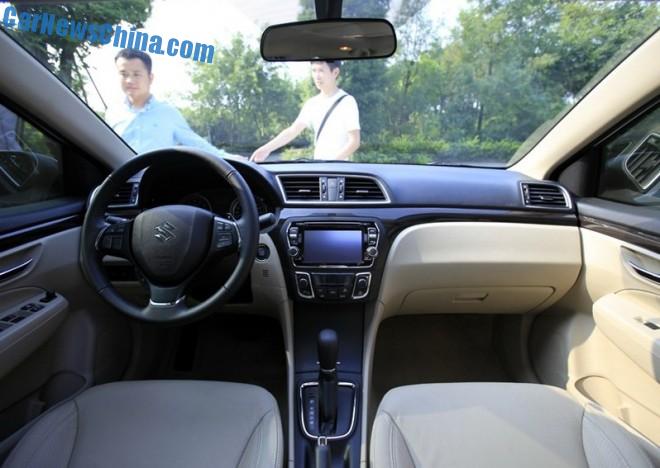 The Suzuki Alivio will be manufactured in China by the Changan-Suzuki joint venture. The Alivio stands on the same platform as the Suzuki S-Cross that was launched on the Chinese auto market in September last year. Power will come from a 120hp 1.6 and a new 1.4 liter four-cylinder with about 100hp. 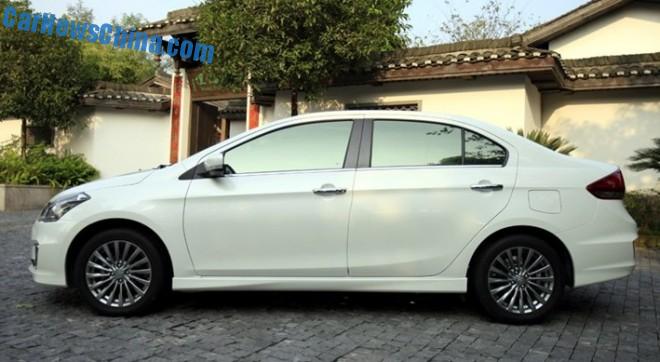 On spy shots we saw a heavy chrome strip on the lower section of the doors, but the strip is missing here. 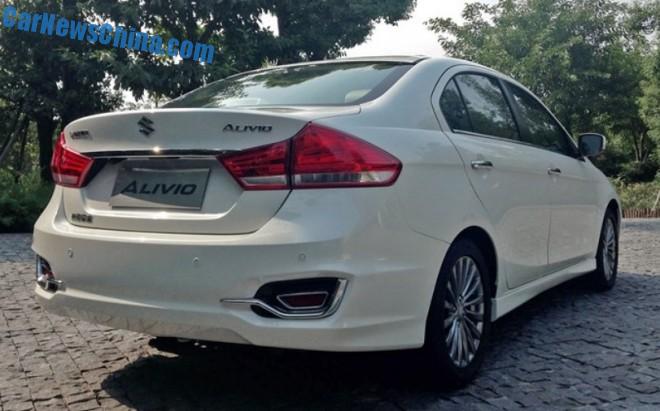 Fog lights pretending to be exhaust pipes. The real exhaust pipe sits hidden under the bumper ont he right side. 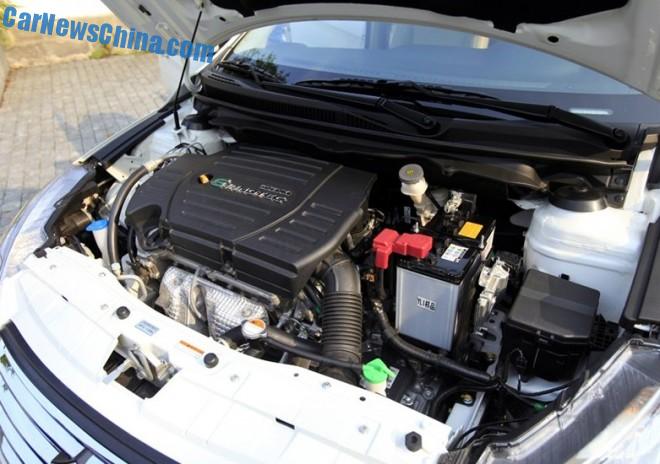 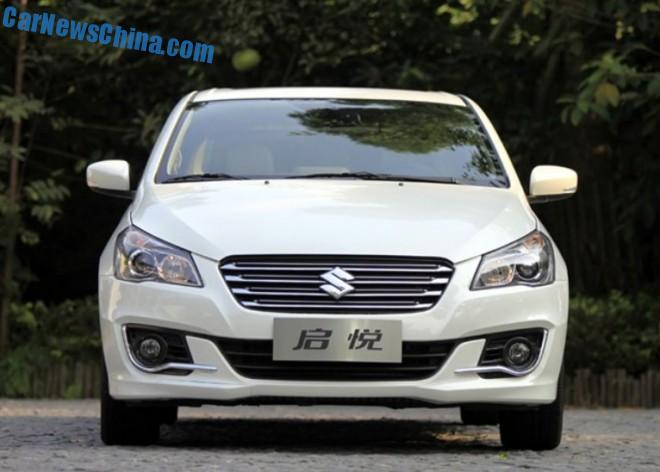 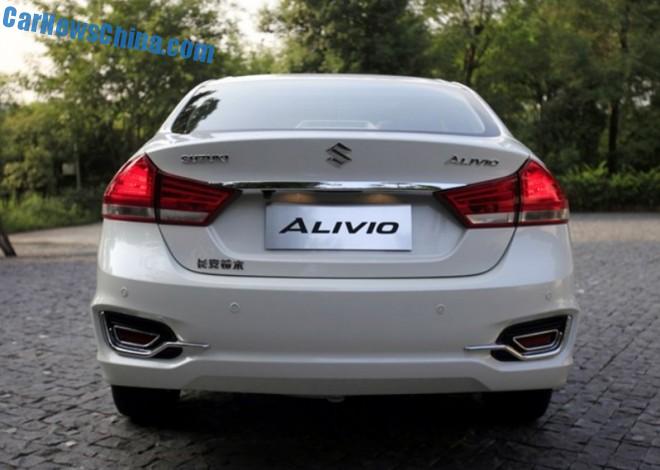