The new BYD Tang hybrid SUV from China has 505 hp! 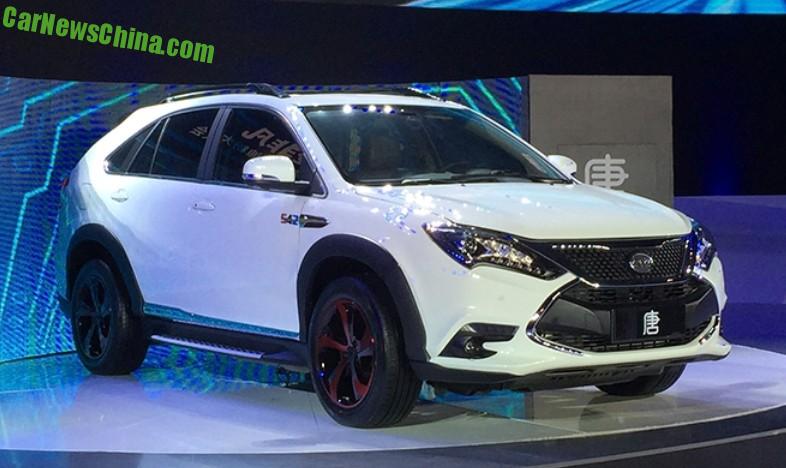 The BYD Tang SUV has been launched on the Chinese car market, and it is coming with a bang. Best news first: the total combined output of the plug-in hybrid-electric  power train is 505hp and 820nm, much more than announced earlier. The output makes the BYD Tang one of the most powerful SUV’s and the most powerful hybrid SUV in the world.

Price is aggressive too. Initially, BYD will sell only two limited-edition models: the Tang Limited, seen above, a dare-to-be-first edition limited to only 98 cars. It comes with red alloys, a dressed up interior and special badges. Price is set at 300.000 yuan or 48.256 USD.

The second limited edition model is the completely mad Tang Ultimate Edition (yes it is real), a speedy sporty variant with a wild body work and lots of carbon fiber. The Ultimate Edition is limited to 200 cars. Price is an astonishing 600.000 yuan or 96.530 USD. A lot of money but this is almost a true supercar, with gold painted alloys!

Price for the non-limited regular car has yet to be announced. Price will start just above 300.000 yuan and end around 450.000 yuan. We will update as soon as we get the exact numbers.

Interestingly, the Beijing, always so keen on green cars, does not offer a local government subsidy, so total subsidy in the capital is only 48.500 yuan. 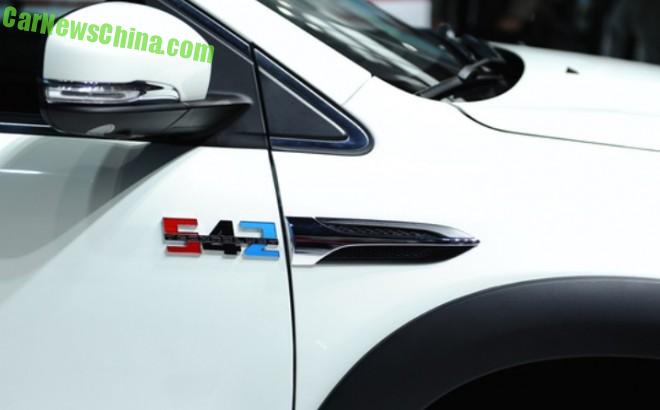 BYD calls the underlying tech “542 Technology” (542技术), a marketing thingy that sound just hip enough. The meaning however is a bit fuzzy. The five stands for ‘acceleration under five seconds’, the four stands for ‘four-wheel drive’, and the two stands for the fuel consumption of ‘2 liter per 100 kilometer’.

BYD uses yet another marketing phrase: “four-wheel drive, dual-mode” (三擎、四驱、双模). This phrase is a lot better as it is all true. The BYD Tang has three engines, powering all-four wheels, and it is a dual-mode hybrid, being able to drive on pure-electric mode (EV) or in hybrid-electric mode (HEV). 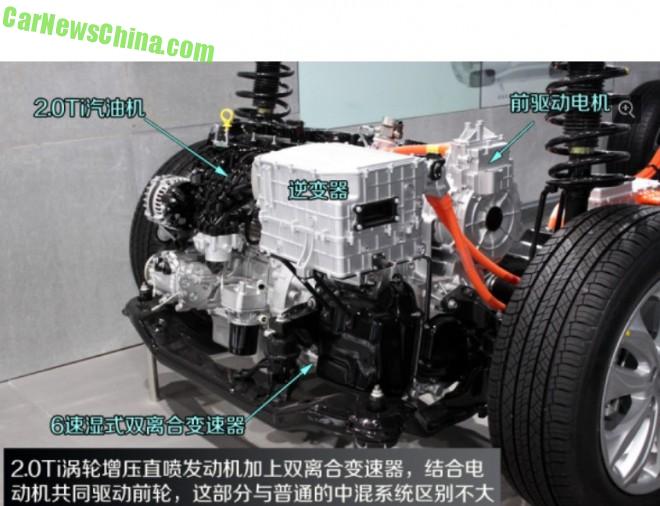 For comparison, the Porsche Cayenne Turbo, powered by a 4.8 liter V8 with 520hp and 750nm, needs 4.5 second to reach the hundred. The Tang Ultimate will beat it by a tenth of a second… 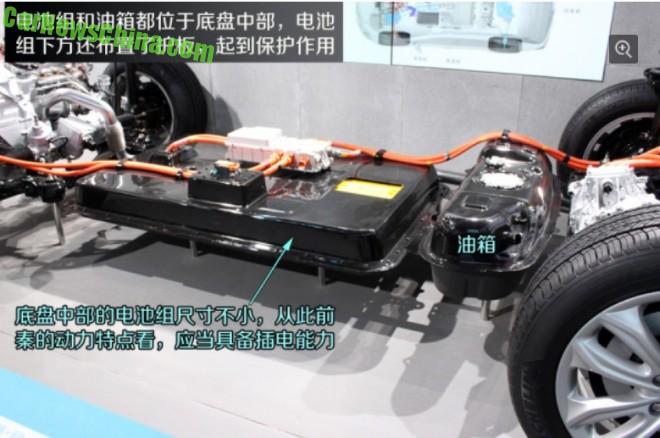 The 18 kWh high-capacity lithium iron phosphate battery is located under the floor. The fuel tank is located behind the batteries. The maximum range on battery only is 80 kilometers. The battery can be charged with a normal-household 220V connection. 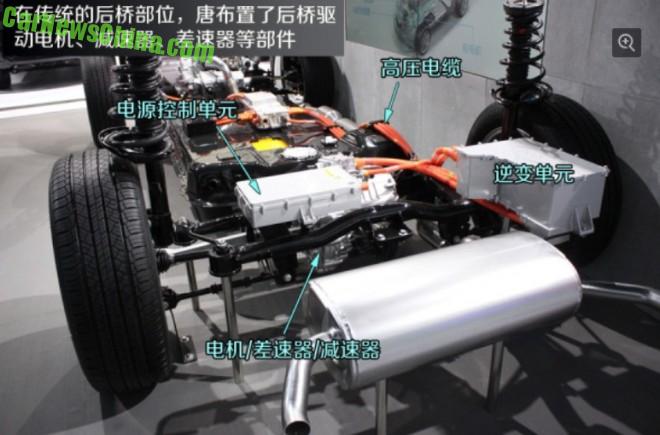 The second electric motor is located right on the rear axle, The inverter unit is located just to the left of the right-rear wheel. 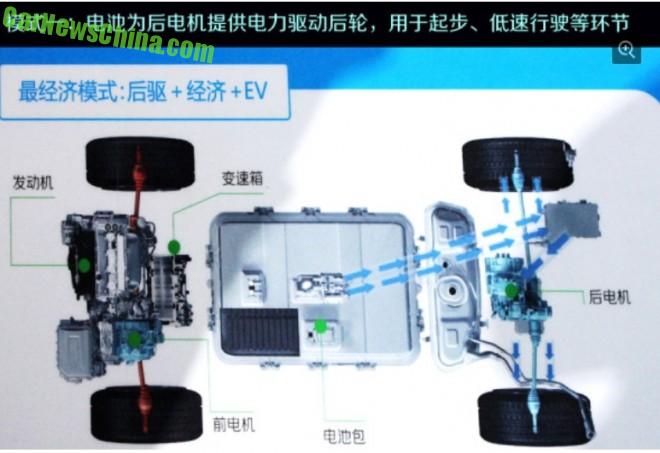 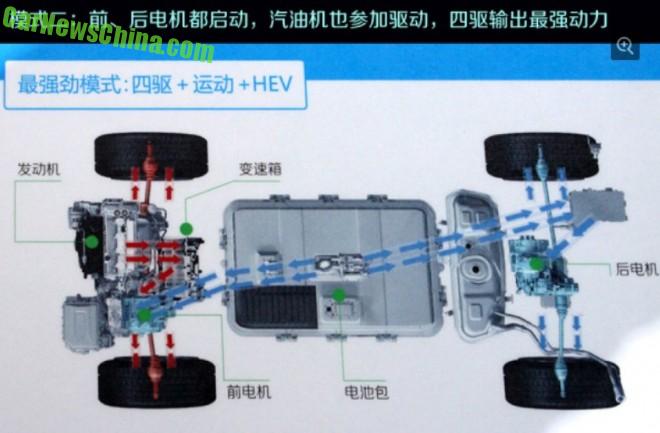 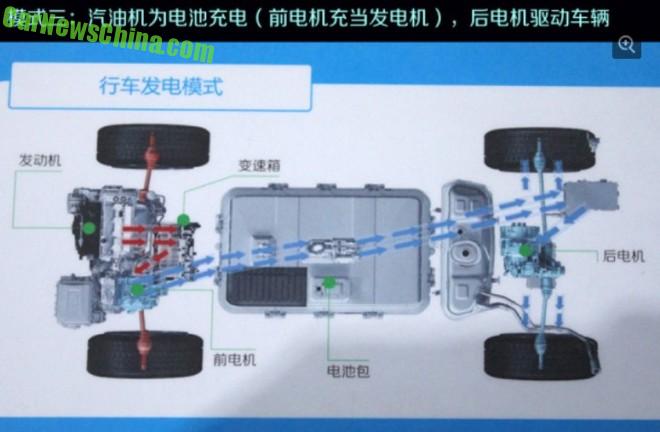 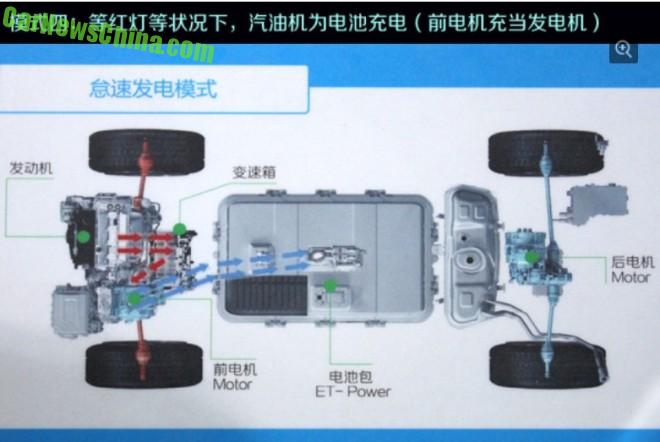 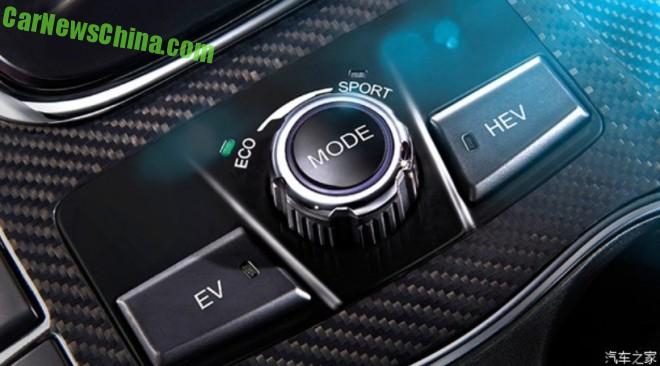 The switch that controls is all, set in carbon fiber of course! 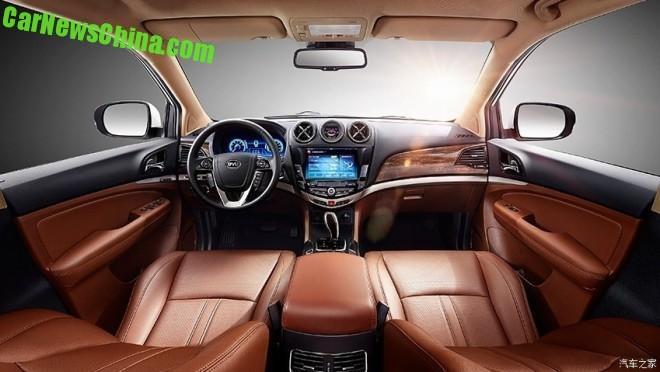 The Tang comes with a very luxurious interior with lots of leather and wood. Instruments are all digital. 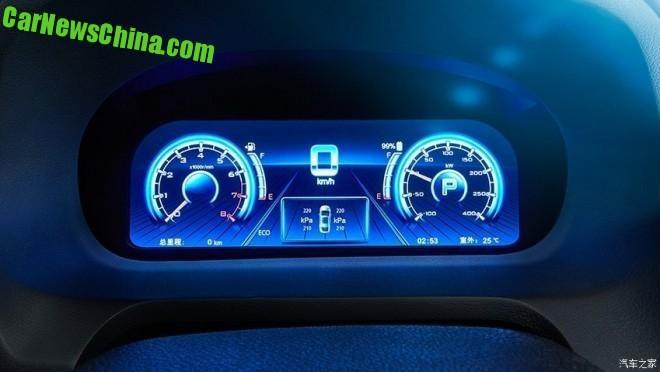 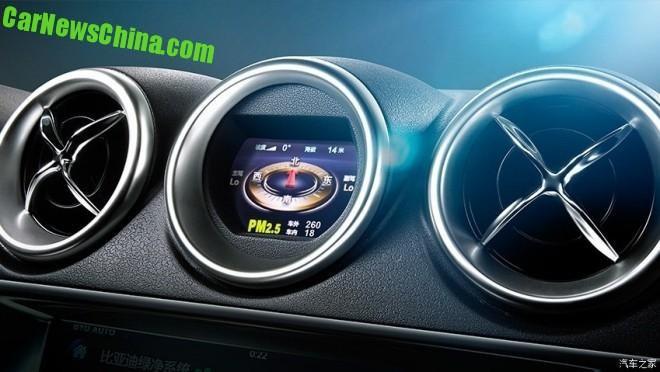 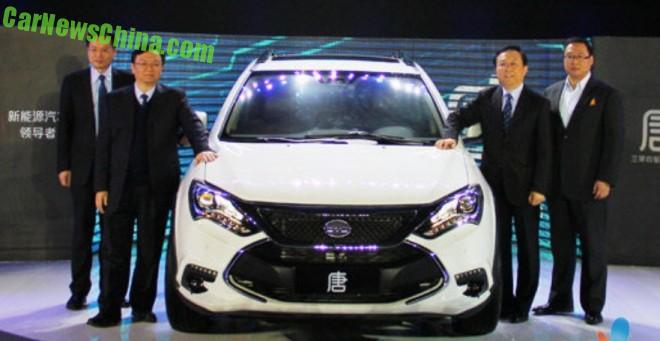 Happy faces and a happy car. The BYD is an impressive vehicle with an impressive drivetrain delivering impressive power. BYD should be applauded for bringing the Tang to the market (especially the Ultimate Edition…), a wild bet that deserves a serious chance.  Chinese automotive media are generally positive and the Tang is the talk of the day and hype of the week.

We join the madness and will be back later with more…