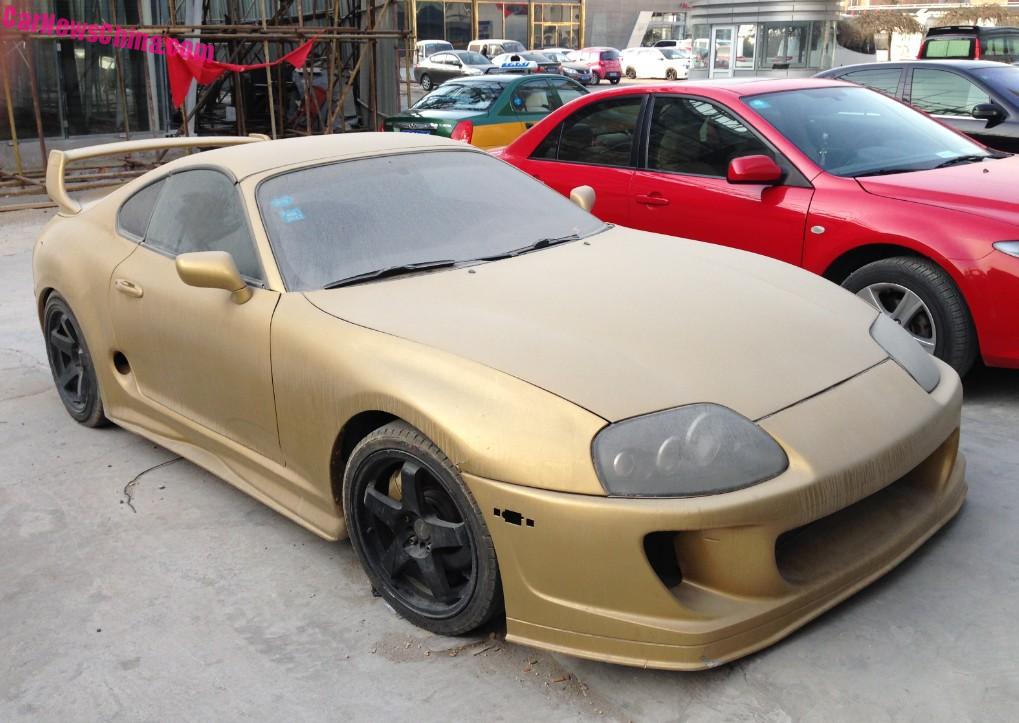 A very speedy Toyota Supra sporty car, Spotted in China near the Goldenport race track in Beijing. The super Supra was wrapped in a daring matte gold wrap, and further sexed up with a massive body kit, darkened headlights, darkened windows, and racy slick-like tires with matte black five-twin spoke alloys and matte gold brakes matching with the body.

The interior was stylishly done in brown orange alcantara. Steering wheel, gear lever, and LCD screen in the lower center console are not original. Said screen is likely for lap timing on track. Work is apparently going on at the center tunnel. with wires hanging all around. 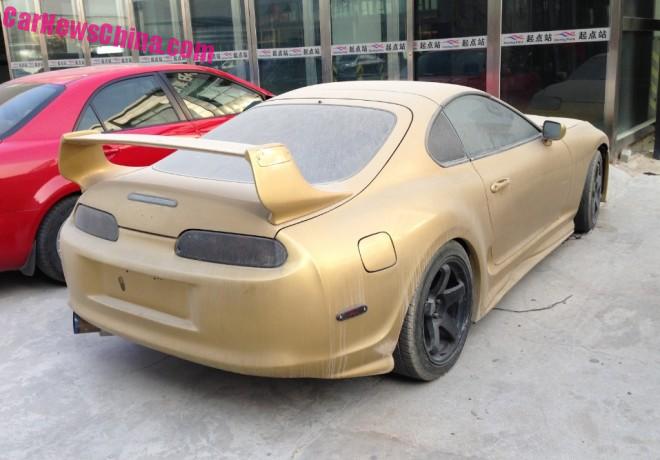 The spacy Suup’ looked very dusty & dirty but was otherwise in a reasonable shape. Rear lights in black as well, topped by a adjustable rear wing that is even bigger than the period-original! The MK VI Toyota Supra was manufactured from 1992 until 2002, it was never officially exported to China but some cars arrived via the gray market, and today most have ended up with local drift and race competitions. 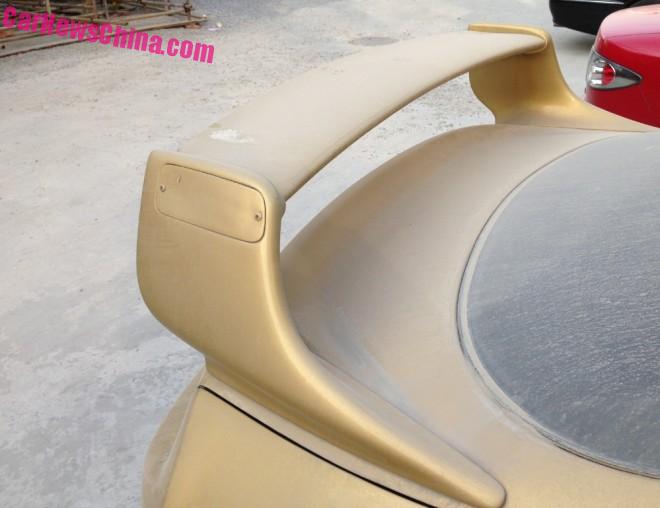 The MK IV was available with two mighty Toyota engines; a naturally aspirated 3.0 inline six with 220hp and 280nm, and a twin-turbocharged version of the same engine with 280hp and 431nm. The latter was upgraded to 320hp for some export markets in Europe. Sadly, we do not know how many horses sit under the bonnet of this matte gold racer, but we bet a whole lot more than standard.