A slightly Overloaded truck in China 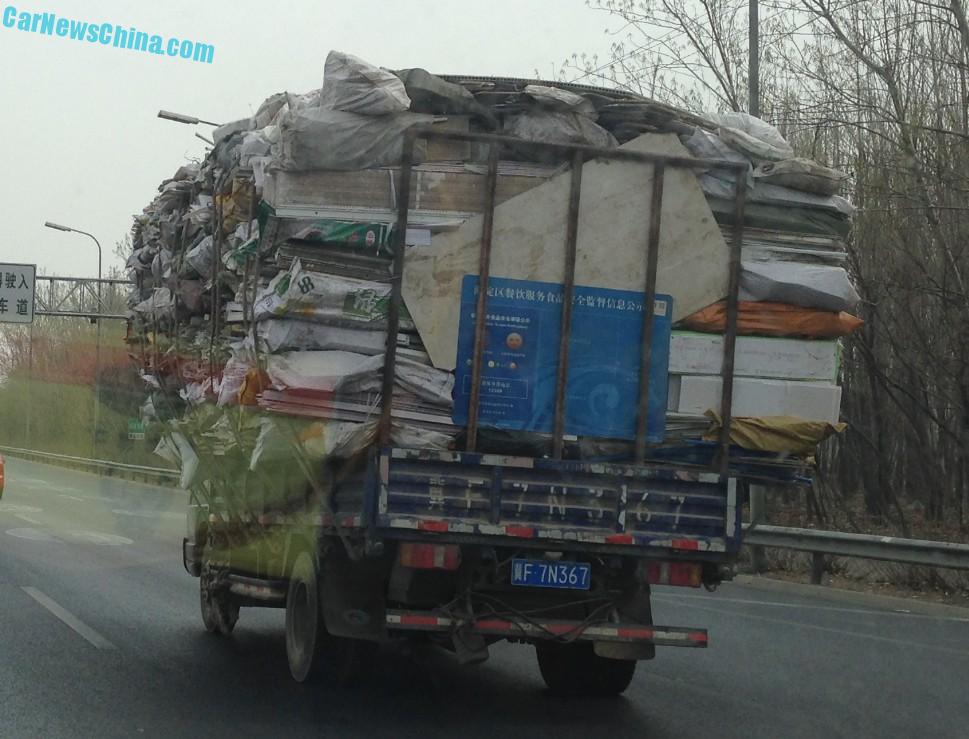 A slightly overloaded truck, Spotted in China on the eastern section of the mighty Fifth Ring Road in Beijing. The truck is transporting construction waste, including all sorts of packaging materials, wooden planks, iron rods, and tin cans of all sorts and sizes. The load stuck out at least half a meter on each side and more than a meter in the air.

The mess was held together, barely, by a few flimsy ropes and some duck tape. That black Audi there is moving all the way to the left when passing this dangerous load! Transporting goods in this way is officially very forbidden in China, but in reality nobody cares, and especially not in the hinterlands of the Fifth Ring and further out of town.