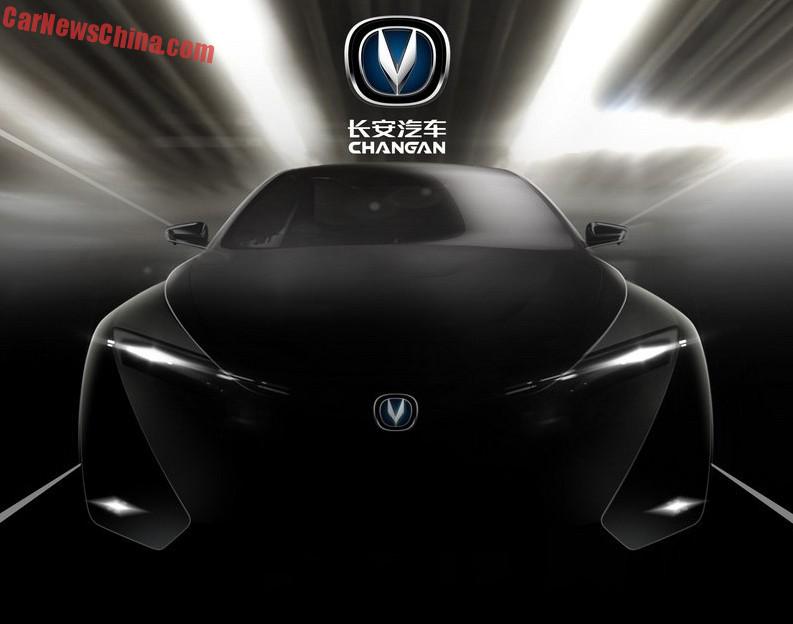 Changan Auto has released the first image of a new electric four-door coupe concept car that will debut on the 2015 Shanghai Auto Show starting on April 20. The concept features two giant air intakes on each side of the bumper, super thin LED headlights, an illuminated Changan logo, and a rounded bonnet in darker black. The concept will be ‘powered’ by an electric motor with an output of 167hp and 335nm, good for 0-100 in 4.12 seconds, or so Changan claims.

Changan will also debut a four-wheel drive version of the Changan CS75 SUV, which is currently only available with front-wheel drive. Current price starts at 108.800 yuan and ends at 144.800 yuan. Engines: 158hp 2.0 and a 177hp 1.8 turbo, both mated to a six-speed manual or six-speed automatic. Four-wheel drive will be available for both engines.