More photos of the new Citroen C4 sedan for China 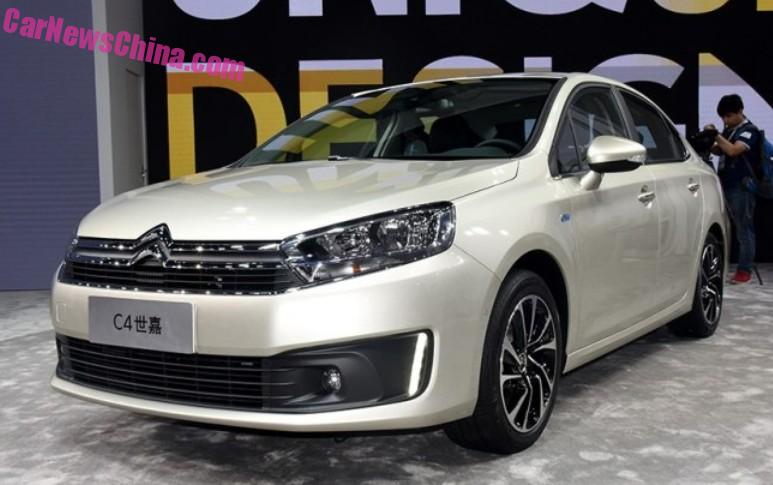 The new Citroen C4 sedan for China debuted last week on the eve of the 2015 Chengdu Auto Show. Sadly the photos looked a little too wet, thanks to a spectacular but ultimately idiotic stunt at the launch ceremony. Fortunately Citroen was kind enough to park a dried out example of the C4 on their booth.

The Citroen C4 is the successor of the Citroen c-Quatre, it will be positioned between the Citroen c-Elysee and the Citroen C4L. The full name of the new car is therefore Citroen C4 c-Quatre. Chinese name is C4 世嘉. The C4, as we will keep calling it for the sake of simplicity, is manufactured in China by the Dongfeng-PSA joint venture. 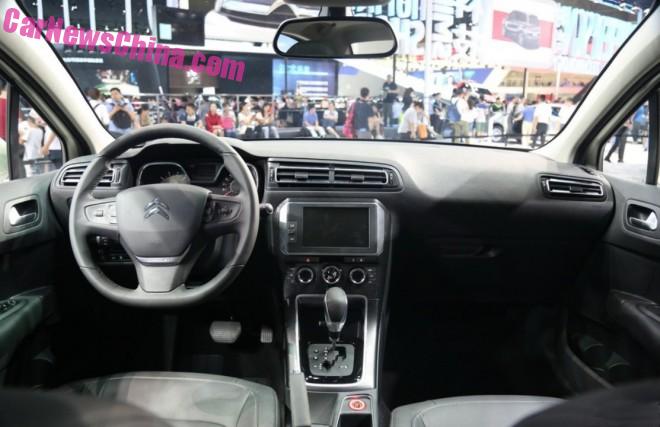 When the message is gray, gray is the message. This thing pumps gray up until our ears. They have a bit of alu around the gear lever, but even that looks gray. Most exciting detail is the holder for the cigarette lighter, which is like a red star in a gray heaven. But the holder is empty here, with said lighter in place it will undoubtedly look very gray again. The tint screen looks bolted-on. 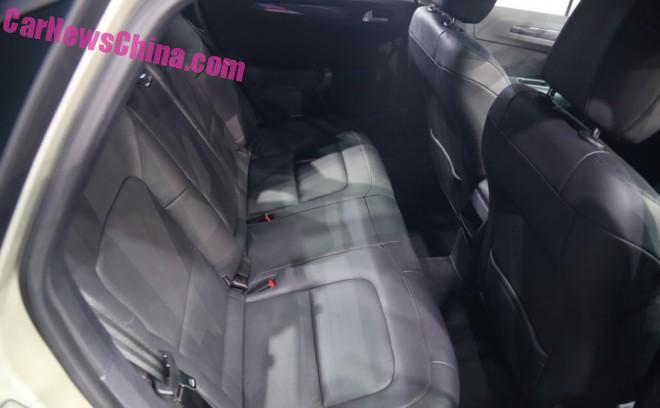 Oh no, they even found more gray. 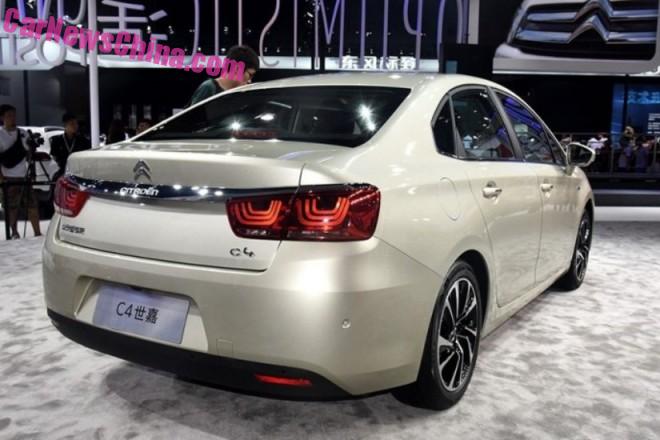 Rear lights look very hip, connected by a fat chrome strip with the Citroen name on the middle. Connecting taillights with a shiny strip is a new design trend in China. We see it all over the difang, on the asses of local and foreign brands alike. 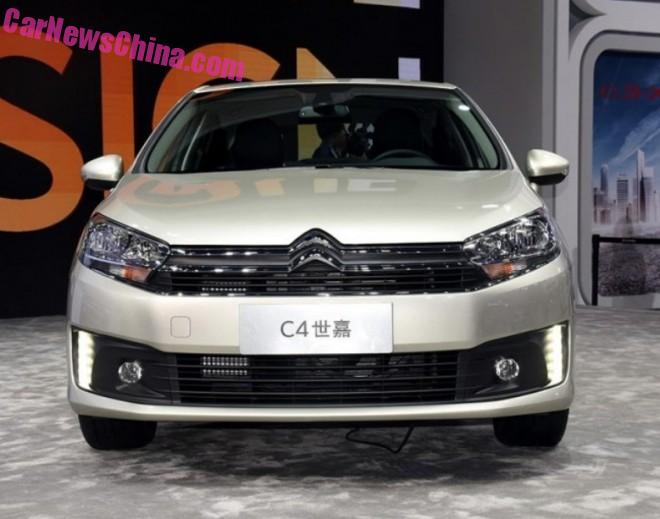 The C4 c-Quatre will be available with two engines: a 1.6 with 117hp and with a new 3-cylinder 1.2 turbo with 136hp. bot engines will be mated to a six-speed manual or a six-speed automatic. Price range will likely move up slightly. Later on a 1.6 turbo with 163hp will join the lineup in a sporty high-end variant.