More Spy Shots of the Chery Arrizo 5 sedan for China 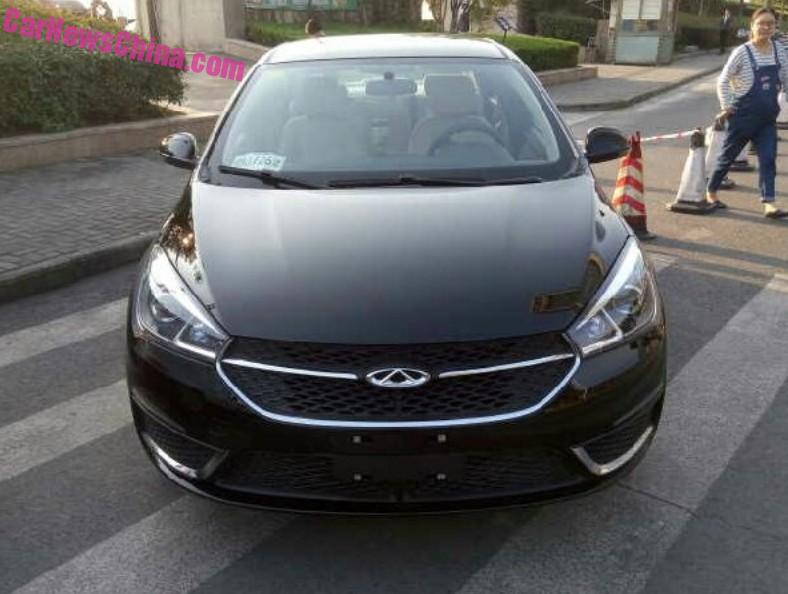 The best Spy Shots so far of the upcoming Chery Arrizo 5 sedan for China, and the all-naked shots reveal a classy front with a big grille, even bigger headlights, and chromed bars in the lower bumper. The Chery Arrizo 5 will debut on the Guangzhou Auto Show in November and launch on the Chinese car market just before year’s end.

First clear shot of the interior. Bit messy here with lines and colors going everywhere. Infotainment screen is non-touch and on the small side. Dials are analogue with some red for sporty. Red comes back on the steering wheel stitching. 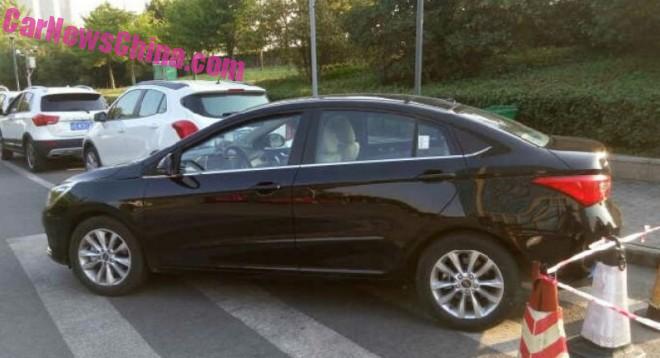 It has become a fine looking car but the small third side window is a fake, covered with black plastic. Chrome strip below the windows. Wheels seem about the right size. 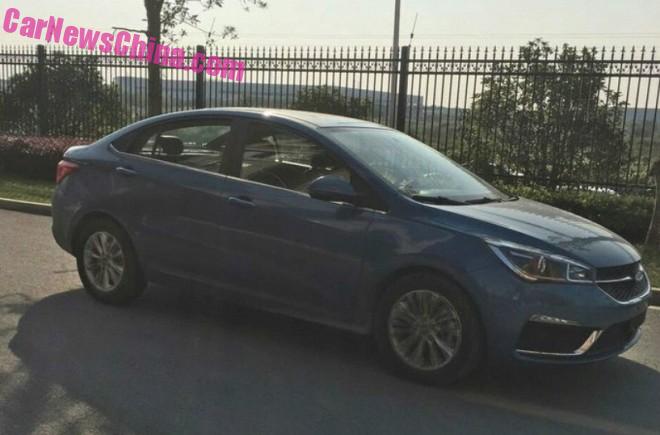 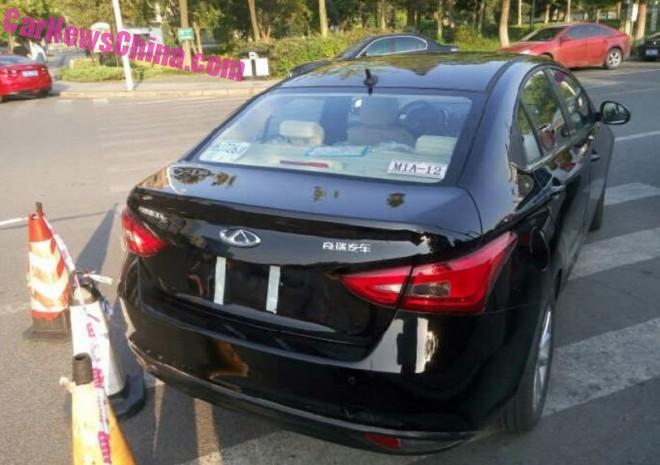 Rear end with a rather large wing on the boot lid. 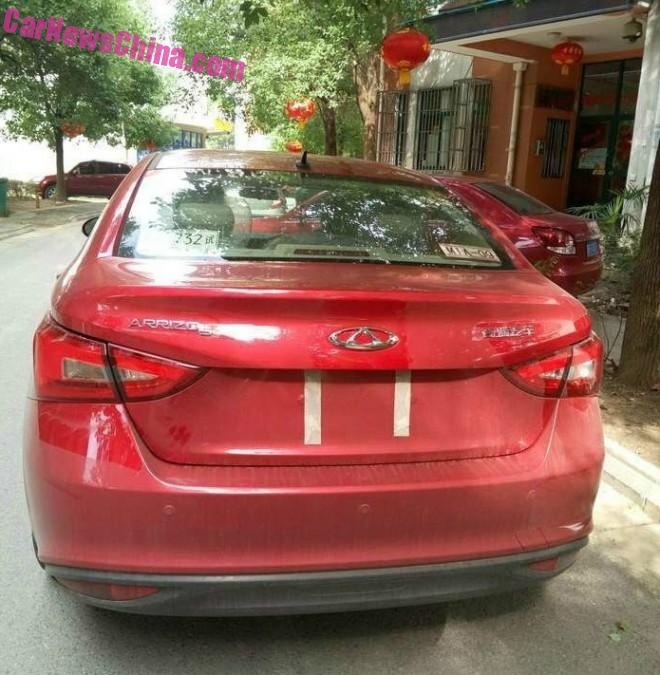 A red 5 at the restaurant.