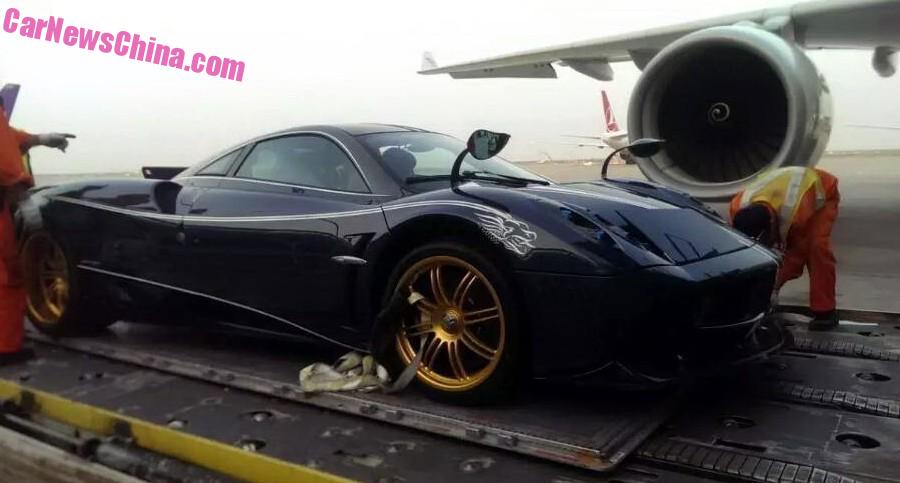 A spectacular photo of the first Pagani Huayra Dinastia arriving in China, seen here on the Pudong Airport in Shanghai. The Dinastia is a limited edition Huayra celebrating the official launch of the Pagani brand in China. Only three will be made.

Pagani cars have been available in China for many years but they were sold via licensed third-party dealers. From now on the Italians will have their own shops.

The blue Dinastia during a road test in Italy. 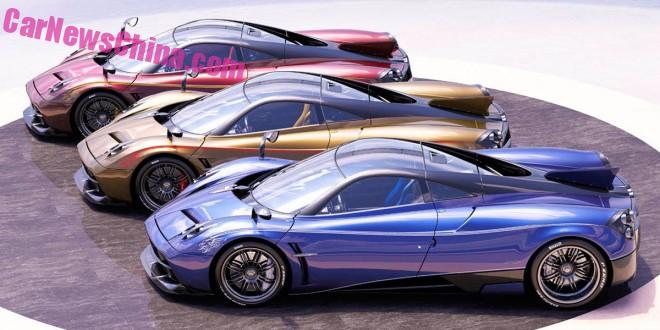 The Dinastia features a unique body kit with a large front lip and a racy stabilizing fin on the rear deck.

Interestingly, the blue car seen in Shanghai has gold alloys, whereas the blue car on these press photos has black-silver alloys.

She comes in three colors and with three dragons; one in blue carbon (emblazoned with Baxia, the water dragon), one in gold carbon (embellished by the image of Yazi, the warrior dragon) and one in red carbon (decorated by Chiwen, the protective dragon of fire and rain).

Baxia, the dragon that floats in the water. The water, element that flows like the wind, goes along with Huayra elliptical shapes.

Yazi, the dragon that was born like a warrior, wearing a golden armour that empower it to face every challenge.

Chiwen, the dragon that causes rain and protect people from fire. Thanks to the red colour isn’t affected by fire flames.

‘Dinastia’ refers to the famous Chinese ‘dynasties’. Pagani should have done a bit more Chinese homework here, because dynasties and dragons don’t go well together. According to ancient Chinese believes and traditions, sightings of dragons meant that the end of the ruling dynasty was near… 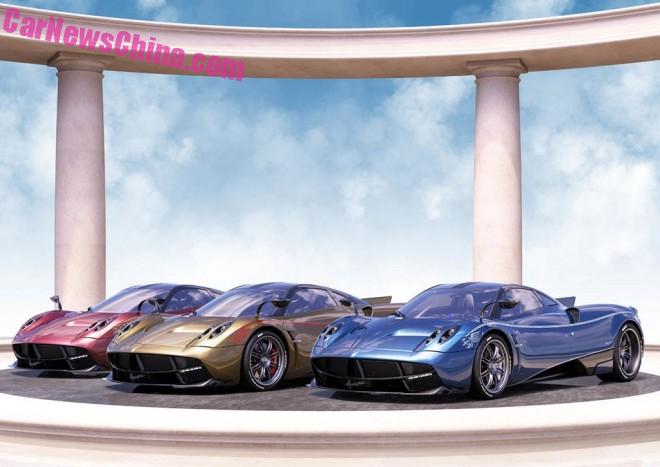 Side by side in a very not-Chinese building. 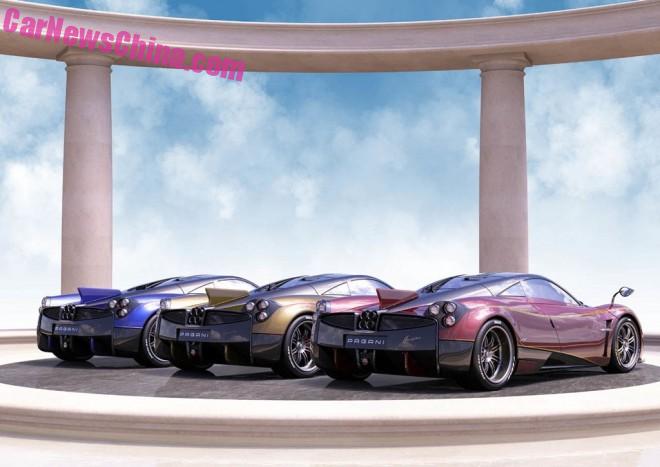 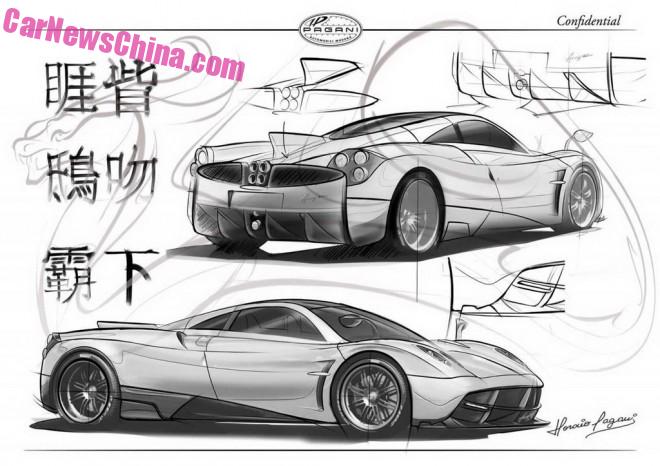 A sketch by the master himself. 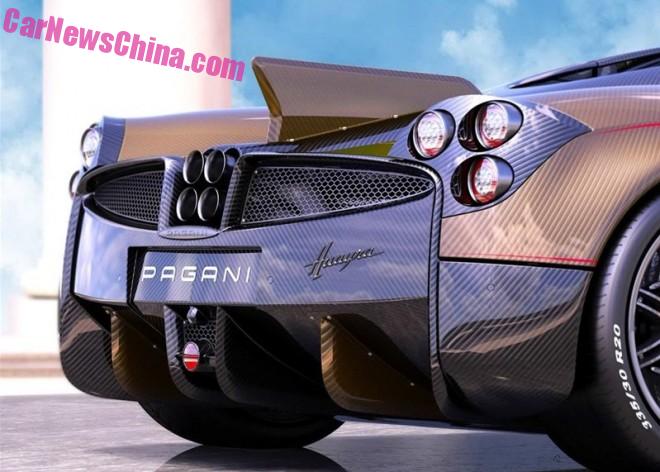 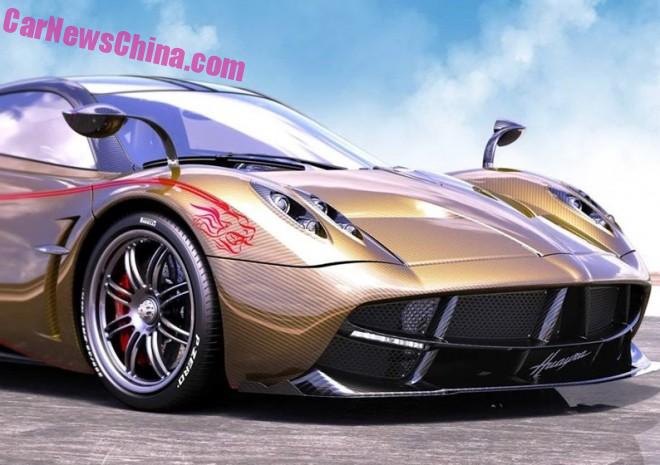 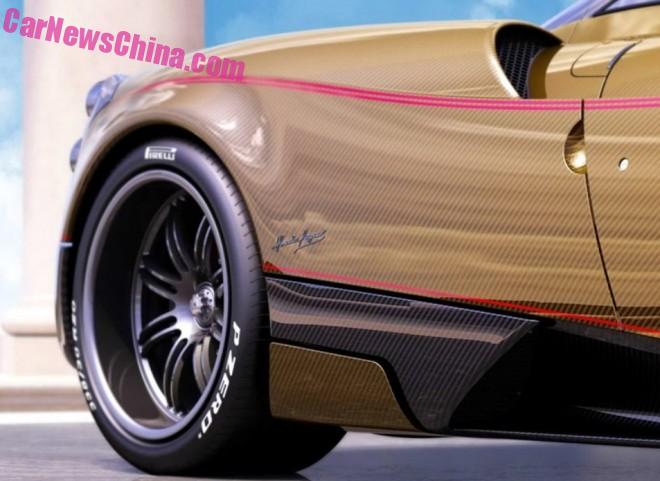 Tail of the dragon reaches until the end. 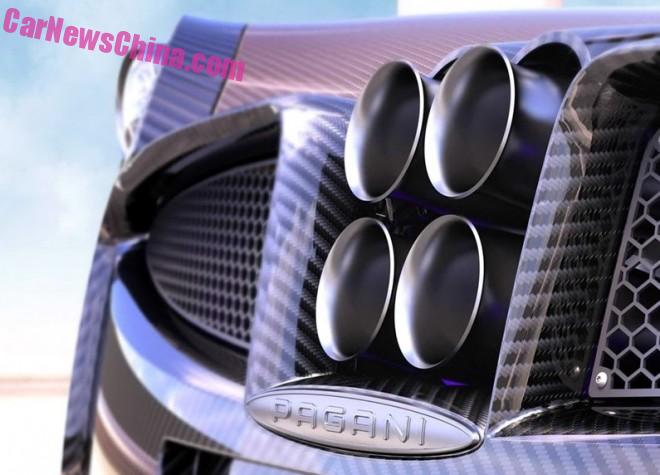 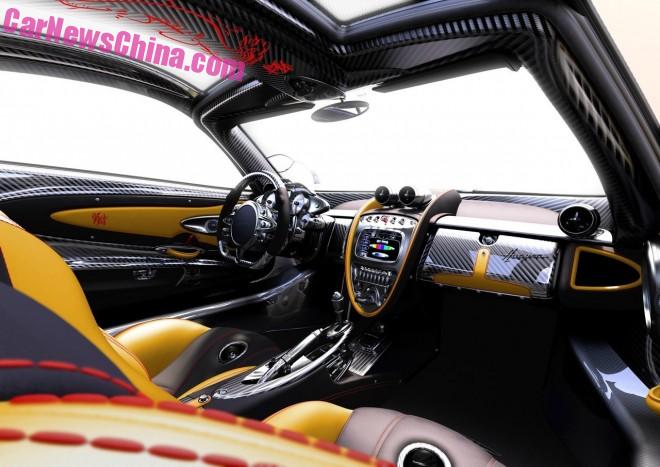 Red dragon on the ceiling. 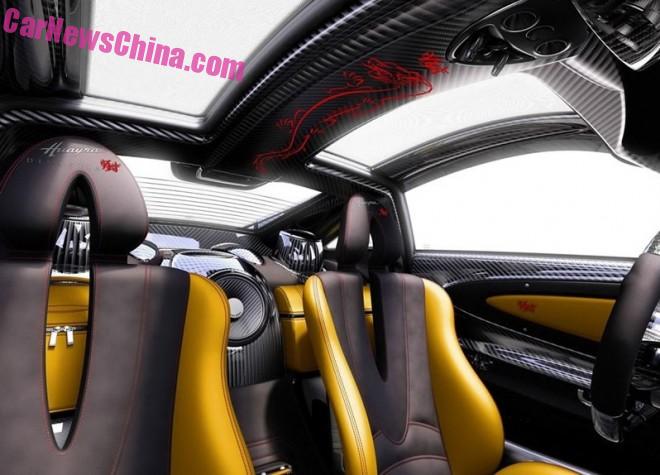 Poor beast can’t get out. 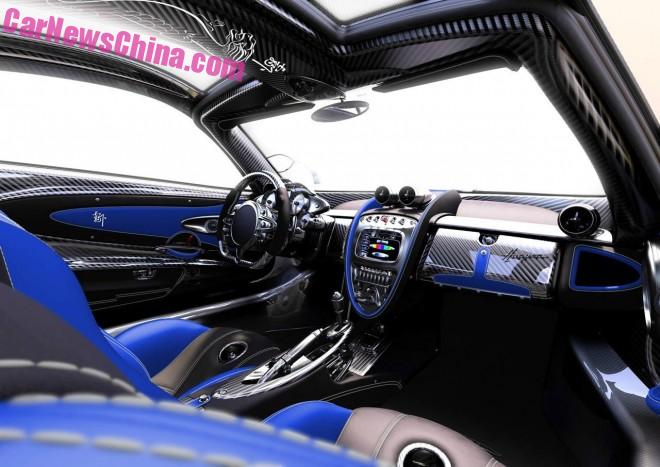 This is the interior of the blue car seen in Shanghai. Dragon is white. 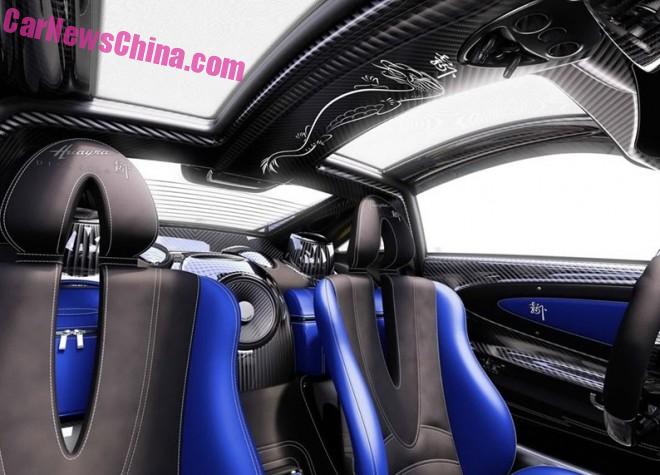 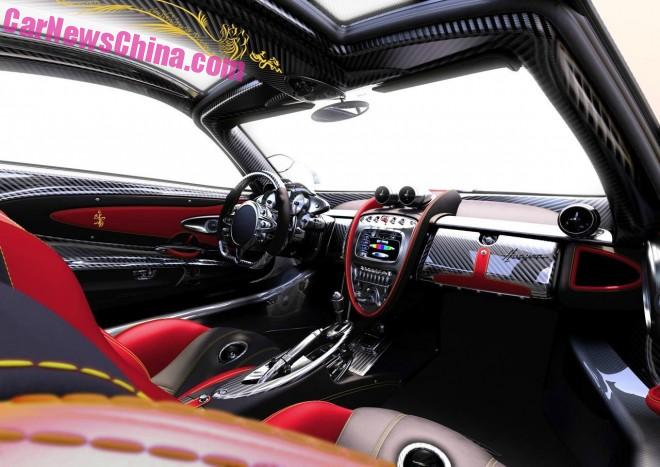 But red is best. 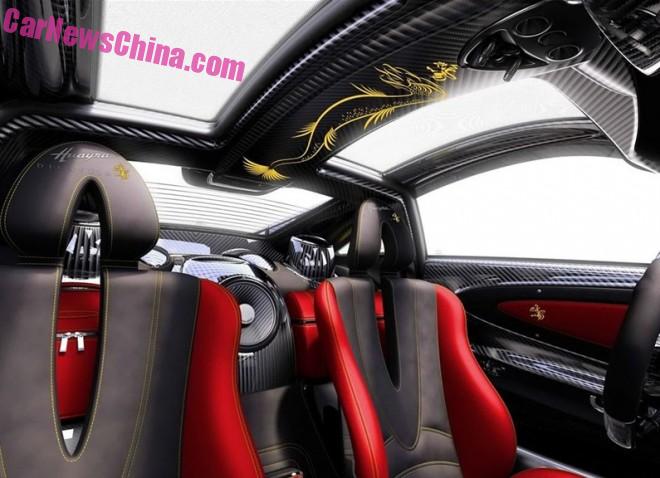 With a yellow dragon on the ceiling.