The Pioneer PanPan Has The Best Dashboard Of Any LSEV 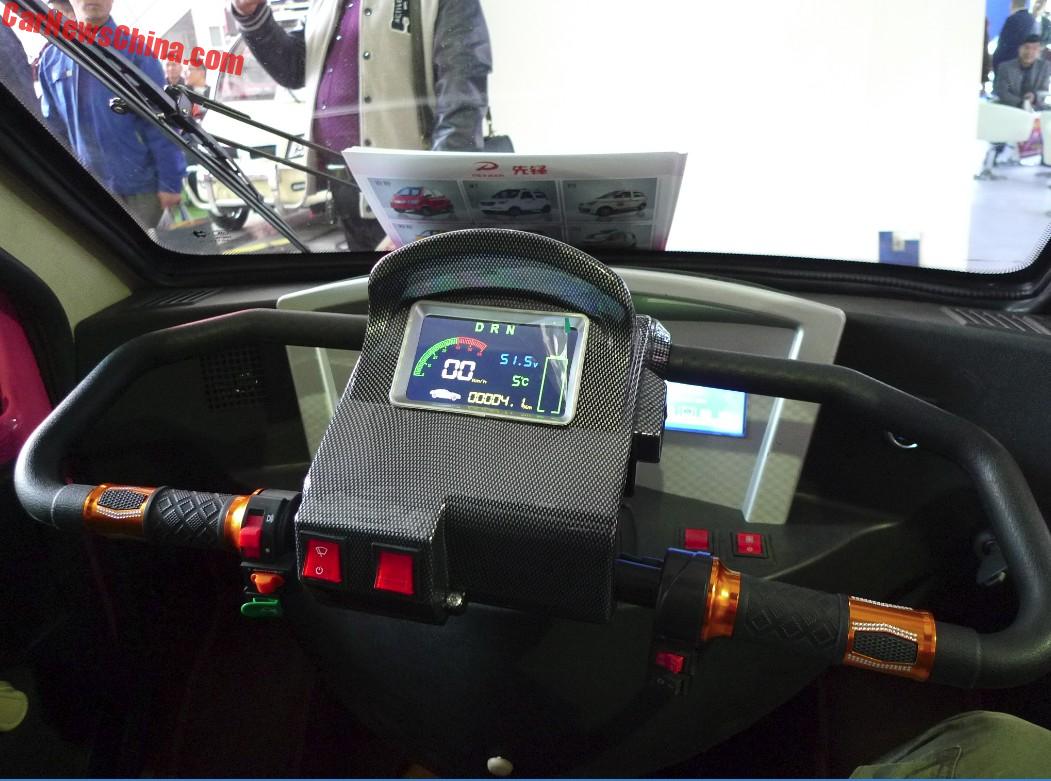 This has to the be the best dashboard of any LSEV on the 2017 Jinan EV Show. It lives in the Pioneer PanPan, a four-seat four-wheel four-door electric mini car. The ‘steering wheel’ is basically a wildly shaped handlebar. It looks somewhat like a game-console controller with all its buttons and screens. The driver is supposed to put his hands on the rubber grips, flanked by a plastic gold piece on each side.There are two small buttons on the dash under the wheel on the right side. The black one is the on/off switch and the red one the high-power/low power switch. 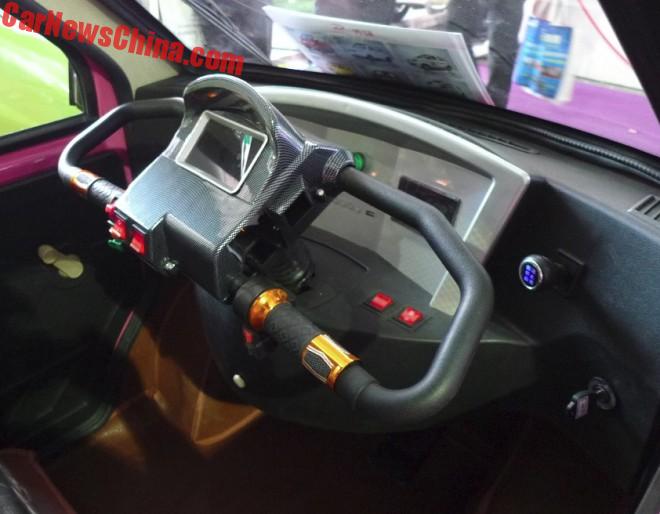 Seen from the side with the systems off. Keyhole on the right, with the key inside. Drive selector is located on the right side of the dash and is surprisingly small. The steering wheel-handle bar is not, it measures some 50 centimeters wide. Behind it sits the actual dash with two extra screens in space ship style. There are two red buttons on the horizontal part of the dash. The right one controls the fan. The left one didn’t seem to do anything. 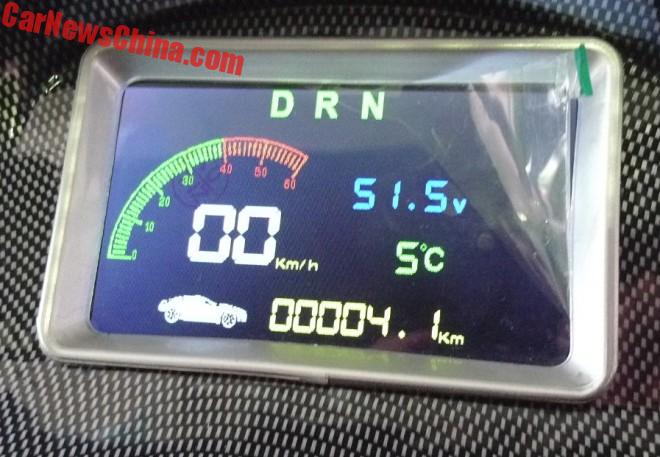 The screen on the steering wheel shows the basic info that every LSEV driver needs. D/R/N, speed, battery, and kilometers driven. But it also shows the voltage and the outside temperature. But best of all is the graphic of a speedy sportscar below the speedo. 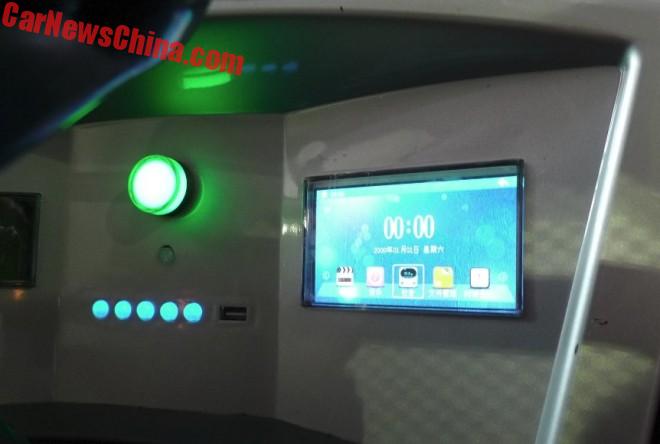 The big green light switches on when the vehicle is switched on. There is no real reason for that, nor can it be switched off. But that doens’t matter because it is cool. Same goes for the five blue lights. They don’t have any function, they are just on. On the right side of the blue lights a USB slots that you can use to feed data to the… 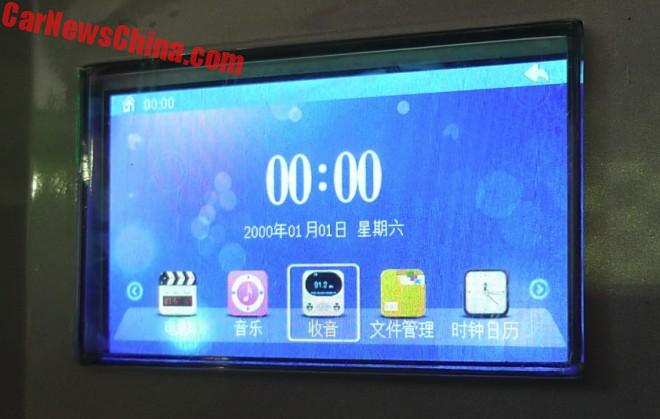 … infotainment system controlled by a trendy little touch screen. Date is a bit out of date. It can plat MP4 video, MP3 music, it has a radio, an e-reader, and a clock. 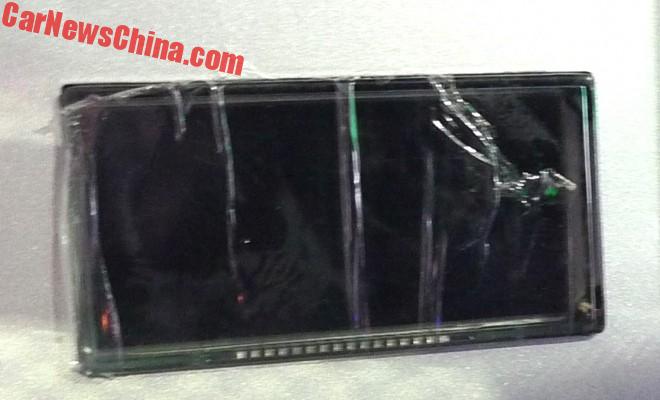 The screen on the left side didn’t work, but it is in fact another infotainment system for the passengers in the back, they have to look at it over the shoulder of the driver, or somehow besides him. 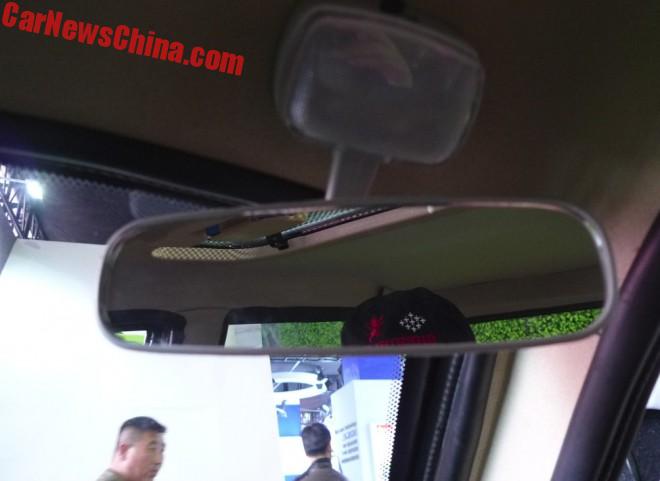 The rear-view mirror was located on the far-right side of the vehicle, almost at the A-pillar. 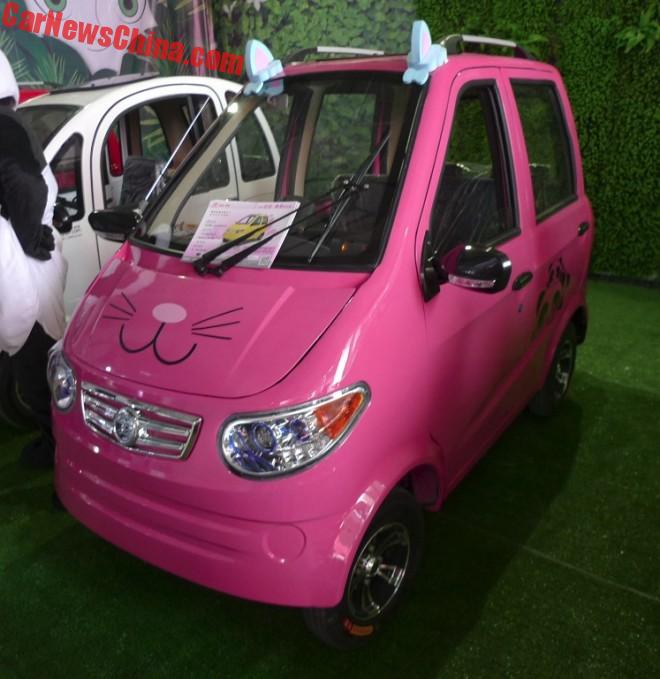 And there she is! In pink of course. A fairly typical old-school-style LSEV, with a tiny shiny grille and tiny sporty wheels. The name PanPan is interesting. A single pan (盼) means “to hope for” but a double pan is usually a nickname of some sort. This particular PanPan refers to the famous panda PanPan, it died in 2016. ‘Pan’ is here an otherwise meaningless sound-translation of the English word ‘panda’. The Chinese word for panda is xiongmao. The car has a panda face and panda stickers on it. PanPan however is also the nickname of a very famous pair of internet-celebrity tits (NSFW), and lastly it is also the name of China’s most famous wooden-door maker. 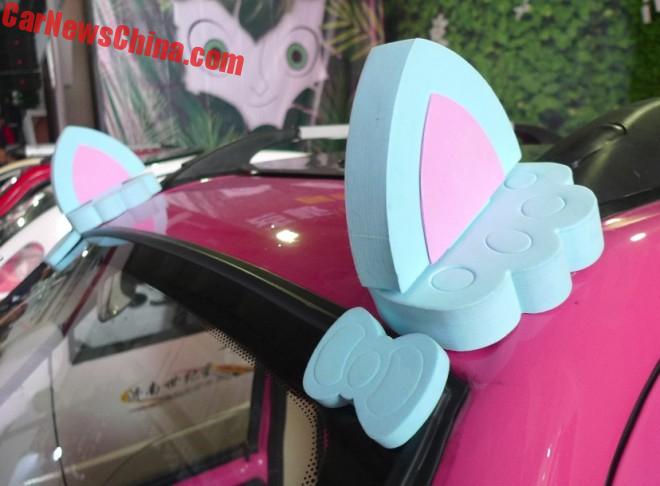 It has rubber panda ears, in pink and blue, with a bow tie. 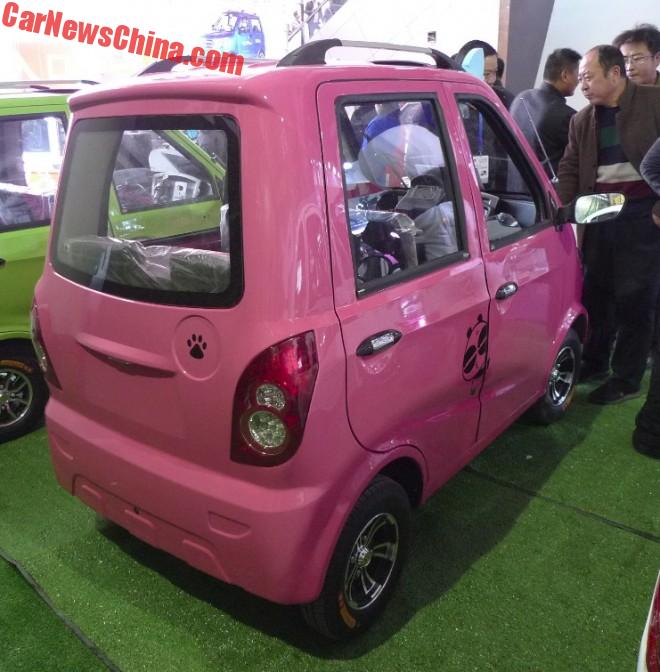 With proper roof rails! Interestingly, the back seems to have a door handle, but there is no door. It is sculpted in the body. Brilliant, and it fooled me.

The Pioneer PanPan is made by a company called Pioneer Electric Cars, sadly their website is down at the moment. They started out making electric scooters and then moved into cars. The PanPan has a tiny tiny electric motor with just 1.6 horsepower, and that is on the small side even by small LSEV standard. Top speed is claimed to be 35 km/h and range 120 kilometers. Battery is a 60V lead-acid. Price starts at a sharp 15.300 yuan ($2217) and I think the steering wheel alone is worth the money. 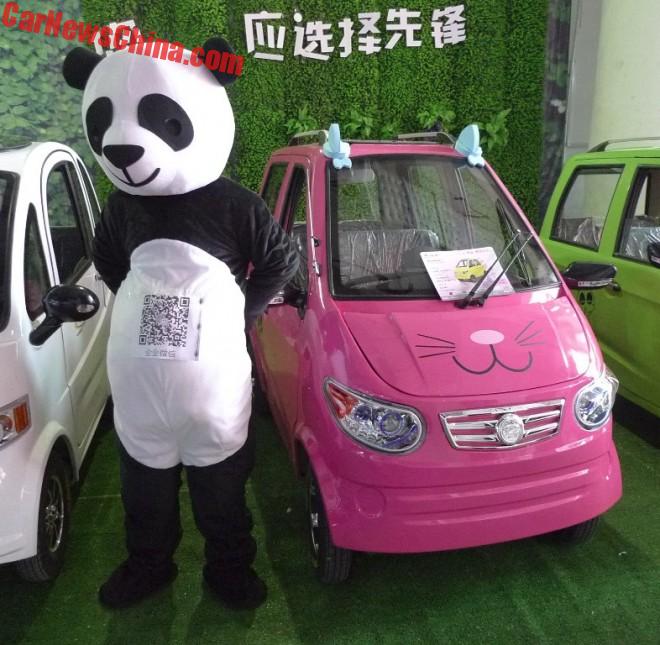 With a real panda with a QR code on its belly! Poor animal. Scanning the code connects with the company’s WeChat channel, which works. I saw that a lot on the show, many companies don’t really use or update their websites anymore. All the news and announcements are going to WeChat because that is where everybody is.