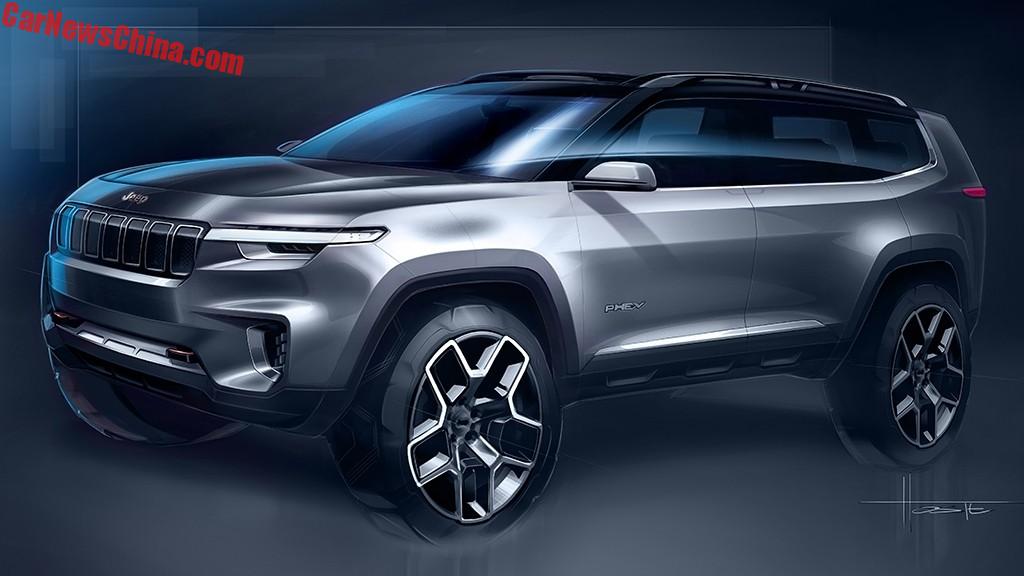 Jeep has released two more images of their new concept car for the Shanghai Auto Show. They furthermore unveiled the Chinese name of the vehicle: Yuntu (云图). Literally that means cloud map, and it also was the Chinese name of the 2012 film Cloud Atlas. The Yuntu previews a new seven-seat SUV especially designed for China, it will be manufactured locally at the Guangzhou-Fiat joint venture. 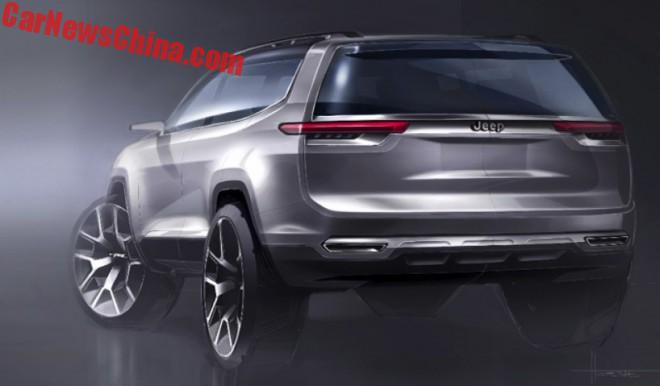 The Yuntu will initially only be sold in China, but might be exported to other markets in the future. It is expected to lauch on the Chinese car market in early 2018 to compete with cars such as the Volkswagen Teramont, the Ford Edge, and the Toyota Highlander. No word yet on power but the renderings show a PHEV badge on the front fender, so the concept at least will be a plug-in hybrid. The production car will likely get 2.0 and 3.0 V6 engines, in addition to a hybrid version.

Rumors say that the English name of the production version will be Commander. The last Jeep to carry that name was the 2005-2010 Commander XK.