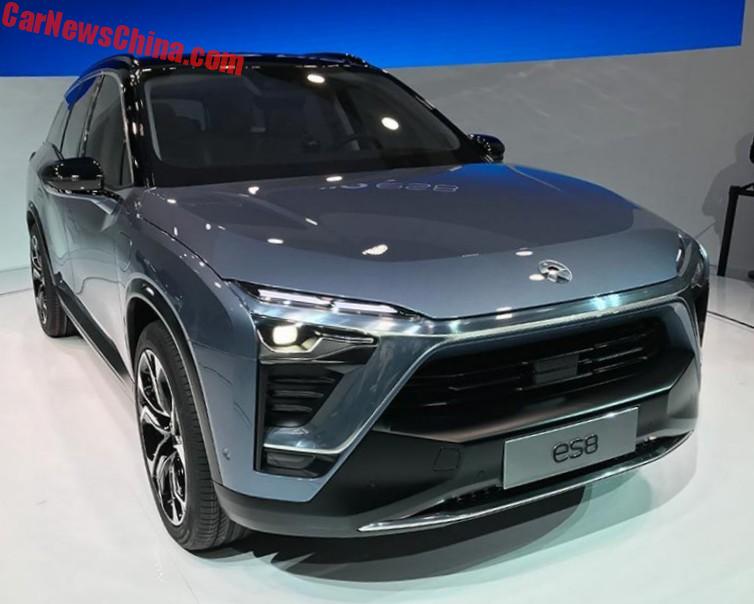 This is the NextEV NIO ES8, and while it looks rather good it also looks surprisingly ‘normal’ from the young car company that gave us the EP9 supercar and the EVE autonomous concept. The NIO ES8 is a semi-concept which means that the eventual production car will only be different on details.

Production of the full electric ES8 is set to start in late 2018 in a joint venture with Changan Auto. Sales will then start in early 2019, initially in China only and later on also in Europe and North America.

NIO said the ES8 will have a range of 300 kilometers, which is not that much even today and certainly won’t be very impressive in 2018. Size: more than 5 meter long, more than 2 meter wide, and a wheelbase of more than 3 meters. It will seat seven in a 2/3/2 layout. No information yet on the motor and battery. 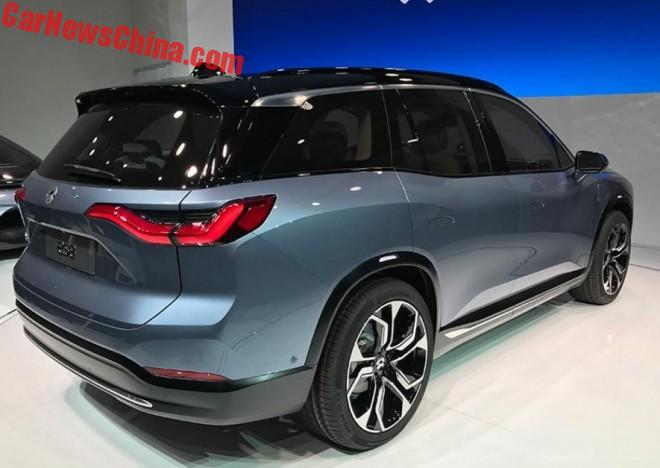 Fenders very pronounced, black wheel arches, a black roof, and large rear lights. It would be a great car to compete on the high-end SUV market today, to battle with cars like the Volkswagen Teramont and Toyota Highlander. But it just doesn’t look like a 2018 EV-only SUV. It should be a bit more special, a bit more, dare I say.., Tesla. 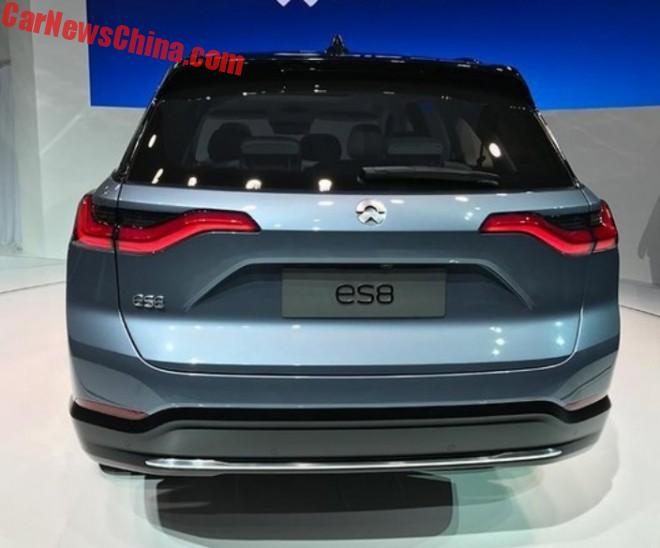 The windows are large all around, a welcome departure from the ever smaller windows we see on many other new SUVs. The interior should be airy. Sadly we don’t have any pics of the insides yet. I will update this story if we get some. 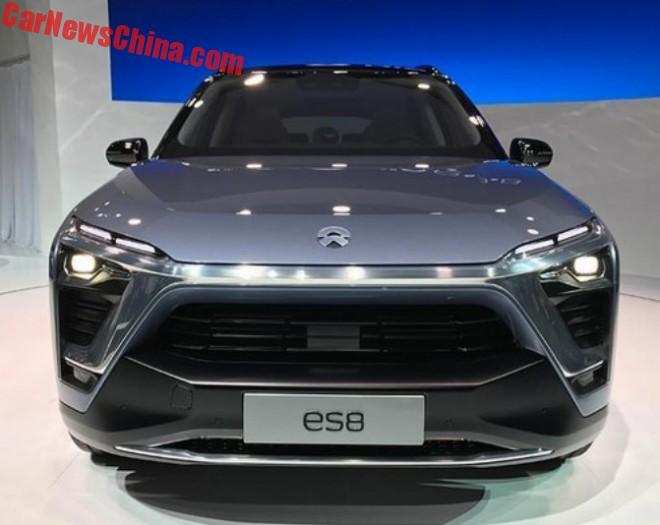 The lights look great, but the NIO ES8 needs a bit more crazy.