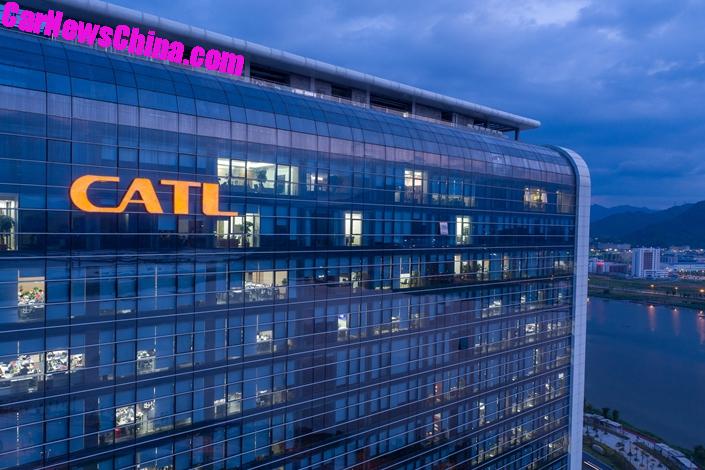 According to Forbes, billionaires from China’s inconspicuous EV battery manufacturer Contemporary Amperex Technology (CATL) has outnumbered those from well-established top technology companies. Based on their shares in CATL, a total of 9 executives and early investors are named in the Forbes Billionaire List, each owns over $1 billion.

Over the past year, as demand for EV heats up, CATL’s stock price has soared by more than 150%.

The company’s founder and chairman, Robin Zeng, is ranked 47th on The World’s Billionaires. His net worth has more than doubled to $32.5 billion, from $9.7 billion when the epidemic hit the market in March last year.

Zeng holds a Ph.D. from the Institute of Physics at the Chinese Academy of Sciences. Also, 136 workers of its 500 people R&D team hold Ph.D. CATL has headquarters in his hometown Ningde, Fujian province, and Zeng owns approximately 25% of the stocks.

The other five billionaires and their net worth are Fenggang Zhao (worth $2.4 billion), Kai Wu ($2.3 billion), Yingming Wu ($1.9 billion), Qiongxiang Chen ($1.8 billion), and Yuantai Chen ($1.3 billion). Except for Qiongxiang Chen, an early investor, the other 4 held senior management positions in CATL.

The combined wealth of these 9 individuals is worth $72 billion, which is an amazing achievement for a 10-year-old company. In contrast, the American retail giant Wal-Mart gave birth to 8 billionaires, of which 7 are the descendants of founder Sam Walton and his brother Bud Walton.

Some family businesses, such as the agricultural giant Cargill, have given birth to even more billionaires as there are many heirs to the family. However, only Chinese soy sauce producer Foshan Haitian Flavouring & Food Co. Ltd (HADAY) has 9 people on the Forbes billionaire among listed companies.

Nine billionaires in 10 years is a lot considering that digital giants as Microsoft produced in its 46 years history “only” 4 billionaires, Apple had a similar time to produce 2 billionaires, and Amazon also made two in its 26 years.

CATL’s recent market capitalization is 904 billion yuan (US$139.6 billion) which is the same as VW, Starbucks, IBM, or more than double of Nio.  The company was founded by Zeng in 2011 and is traded on the Shenzhen exchange since 2017 under ticker SHE: 300750. The share price quadrupled in the last two years.