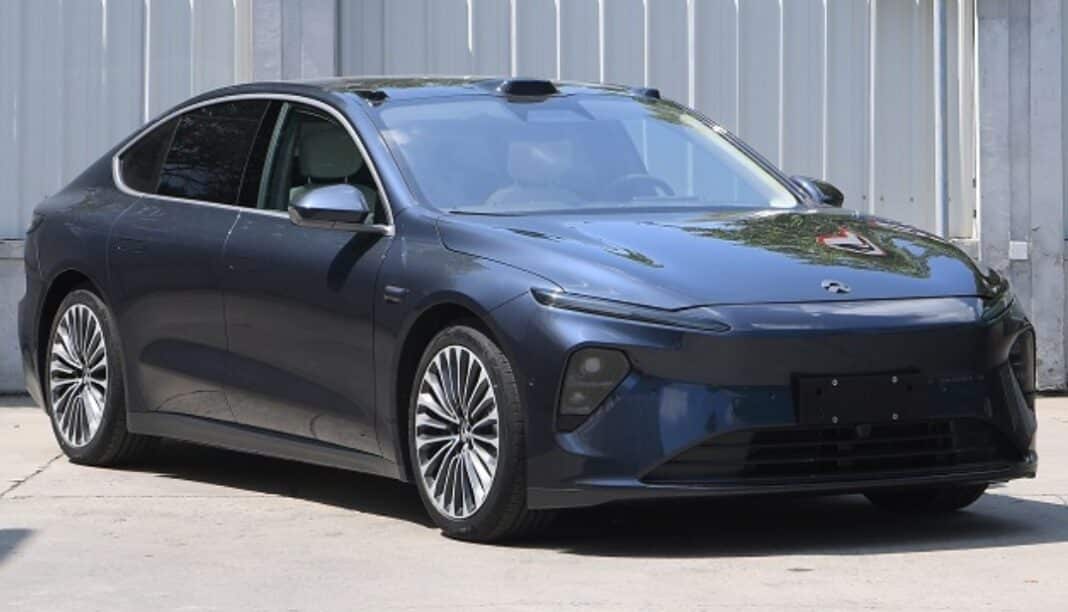 The production version of the NIO ET7 electric sedan has been unveiled in China. After all the concept cars, prototypes, and pre-production we finally can have a look at the real thing. Compared to the earlier concepts it looks a bit bloated, but overall design has remained largely the same.

Development of the NIO ET7 was delayed several times, due to financial troubles at NIO and due to the Covid-19 pandemic. Happily, both of these sorrows seem to be largely over by now. The ET7 was shown for the first time in 2019, then called the NIO ET. It was sleeker and it had a far more aggressive front design than the final production car.

One year later, NIO unveiled the ET7, at that time still a concept. The front and doors were redesigned, as were various details including the rear-view mirrors.

Then it was silent for a while until we saw the first images of the pre-production car in July.

The NIO ET7 will get a impressive autonomous-driving package, with various sensors and cameras clearly visible above the front- and rear windows and on the front fenders. The sensor system is called Aquila Super Sensing, and NIO claims it features 33 sensing units including an ultra long-range high-resolution LiDAR, eleven 8MP high-resolution cameras, five millimeter wave radars, and twelve ultrasonic sensors.

The NIO ET7 really is a sedan with a trunk, not a fastback as its shape may suggest. Note the odd placement of the NIO logo. The ET7 is powered by two electric motors, manufactured by Weiran (Nanjing) Power Technology, a NIO subsidiary. The front motor has an output of 244 hp and the rear motor has 407 hp. Top speed is 200 kilometers per hour. The battery pack is swappable. In China, the ET7 is classified as a “battery-swap pure electric car” There are no official numbers on the battery yet, but NIO said earlier there would be various options, ranging from 70 kWh to 150 kWh, for a range between 500 and 1000 kilometer.

The NIO ET7 is contract-manufactured by Jianghuai Automobile (JAC). NIO’s current contract with JAC runs until 2024. In the mean time, NIO hopes to build its own factory, but recently we haven’t heard much about that anymore, so perhaps they plan to stay with JAC for a bit longer.

The interior of the final production car hasn’t been unveiled yet but happily we have some images of the interior of a test car. For a new electric sedan in the ET7’s segment, competing with the Tesla Model S and all, the interior seems slightly underwhelming. No fancy cabin-wide screens, but a small free-standing screen in front of the wheel and a mid-size tacked-on touch screen in the center. The pod on dash top is a digital assistant.

There are joystick-like touch buttons on each side of the steering wheel, and a large start button on the center tunnel. Otherwise, no buttons or switches in sight.

NIO will officially launch the ET7 on the Chinese car market in early 2022. We expect the public debut at the Guangzhou Auto Show in November.