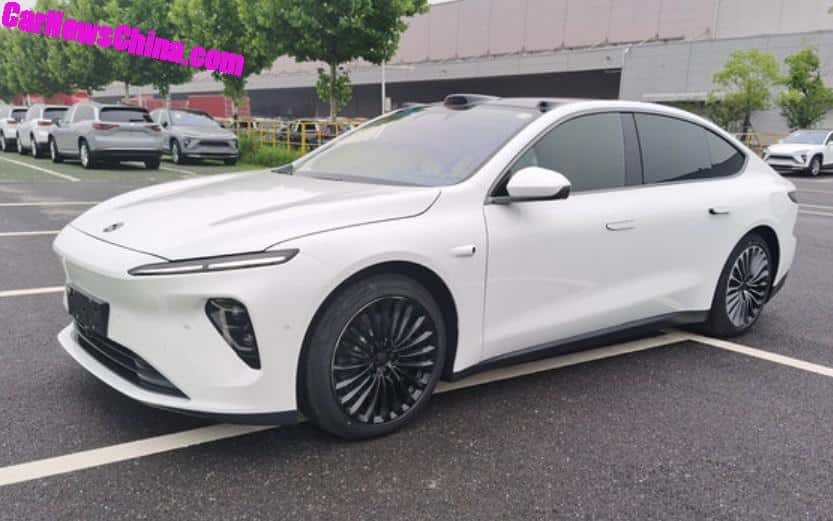 This is the first real-world photo of the upcoming NIO ET7 electric sedan, seen in pre-production form on the premises of a NIO factory. We have seen the ET7 before, but only under perfect lighting on auto shows or media events. The appearance is a sure sign development of the ET7 is now relatively close to completion. The NIO ET7 is expected to hit the Chinese car market in Q1 2022. 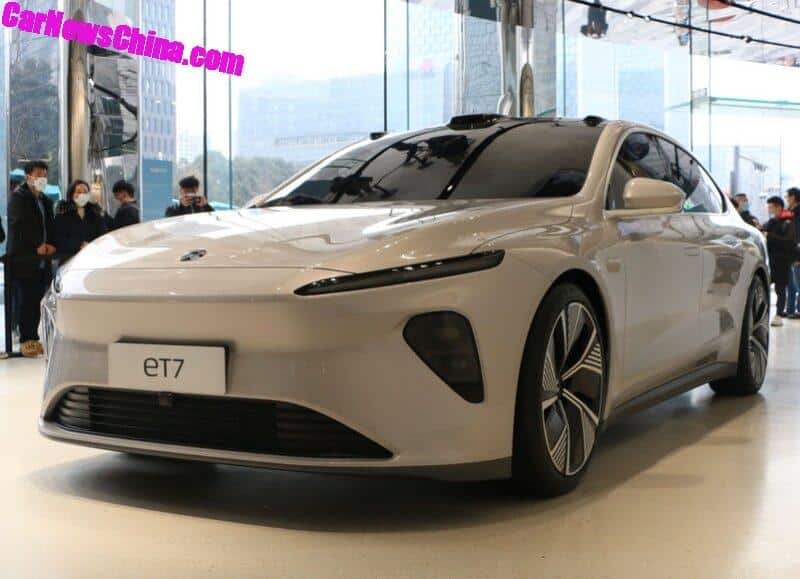 A typical example of such an event. Let’s compare. The main differences: primarily light units and secondary slant-light units look more complex on the real car, and so does the grille. The mirror stalks differ too: the are one color on the media car and twin-color on the real thing. The camera housing on the front fender seems larger on the pre-production car, and the sensor housing above the windshield is definitely higher. Finally, the alloys are more real-life like, looking cooler than on the media car. 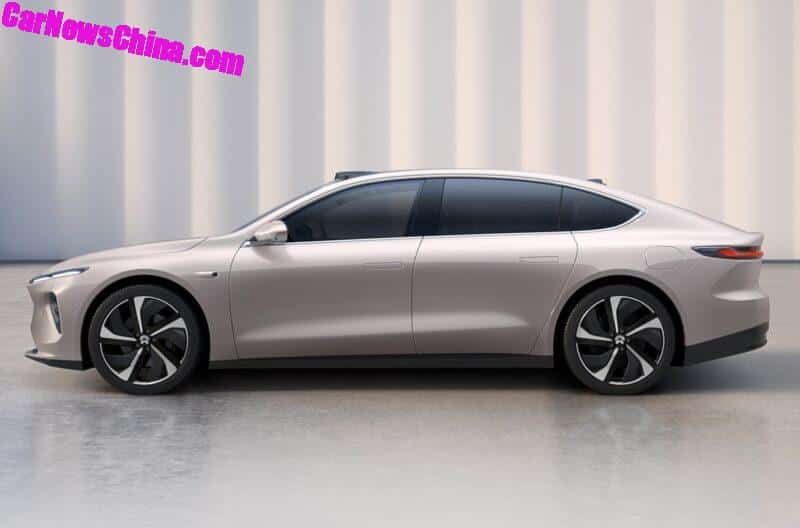 A recent image of the ET7 on NIO’s website. 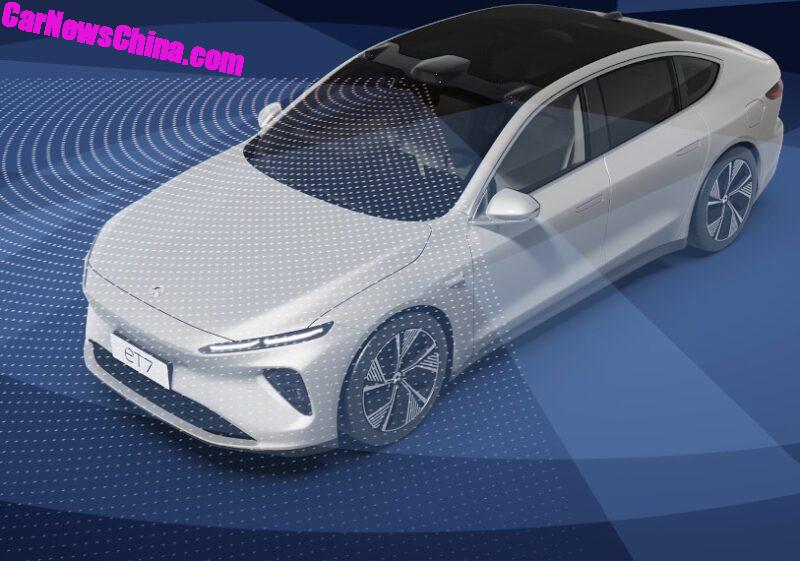 The ET7 gets NIO’s most advanced autonomous-driving system so far, although NIO doesn’t say anything about the level. The sensor system is called ‘Aquila Super Sensing’ and consists of, take a deep breath, 33 sensing units including an ultra long-range high-resolution LiDAR, eleven 8MP high-resolution cameras, five millimeter wave radars, and twelve ultrasonic sensors. The system can ‘see’ other cars up to a distance of 687 meters and it has a throughput rate of 8 GB data per second. All these data is handled by a computer called ‘Adam’, which runs on four Nvidia Orin SoC, good for a total computing power of 1,016 TOPS. 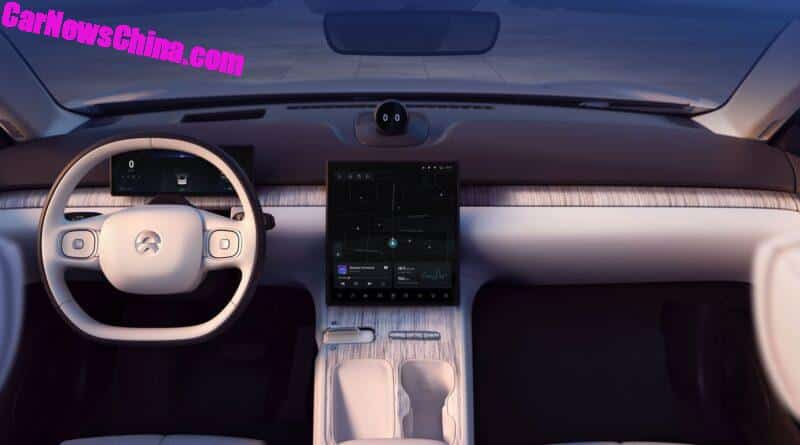 For an expensive car with so much battery and computing power the interior seems somewhat underwhelming. One might expect a cabin wide screen setup, or a least some larger screens. The central screen has a diameter of just 12.8 inches and the digital instrument cluster is only 10.8 inched in diameter. That is small for 2021, and the ET7 won’t launch before Q1 2021. The mirror setup in rather conventional too, side mirrors and rear view mirror are real ‘mirrors’, instead of screens with camera input. Perhaps NIO can fix this up before mass production starts. The round creature on dash top is a personal assistant called NOMI.

In short: the ET7 look like a very promising car, and the first sedan for the NIO brand. But is has been under development for a very long time, and that is clearly visible on the inside. On the other side, the extra time has given NIO the opportunity to add ever more range, cameras, and cumputers.