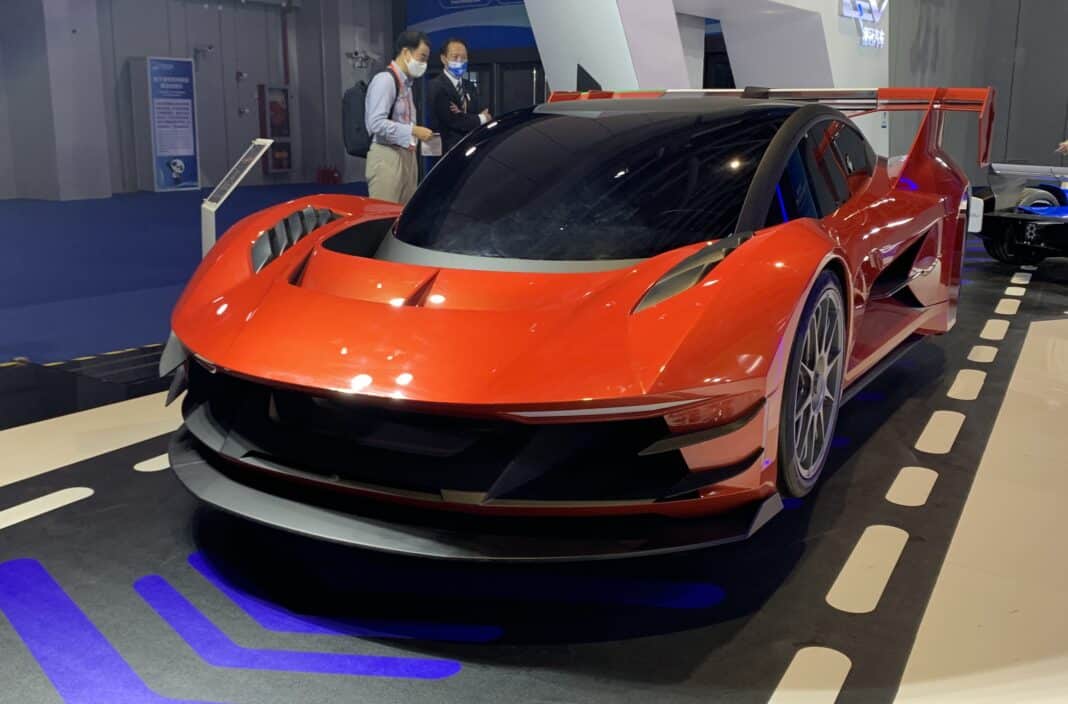 Shanghai QEVAuto New Energy Co., LTD., a subsidiary of Hong Kong Asia Holdings (HK:1723), participates in the SHANGHAI Import Expo (CIIE) on Nov 5. English name si QEV Auto, Chinese name is Jiguan Auto (倢冠汽车). There is also a Spanish car design company, QEV tech, with the same logo, but the official website of Shanghai QEV doesn’t clarify the connection. For sure there will be a partnership.

On display at CIIE was their first electric supercar. A futuristic digital electric supercar designed by Carlos Arroyo Turon, a chief designer from famous Bertone. It integrates virtual driving and real racing mode, and the body can automatically sense airflow and make the corresponding deformation according to the change of speed.

QEV Tech’s high-performance electric racing technology enables the car to achieve 0-100 km acceleration in 2 seconds and 0-200 km acceleration in 4 seconds. Overall, the design of this car is very radical. The new vehicle may be fitted with split headlights. In terms of body size, the new car’s length, width, and height are 4900/2250/1250mm, and the wheelbase is 2270mm. In addition, the front tire size of the new car is 245/35 ZR19, and the rear tire size is 315/30 ZR20. There will also be an enormous diversion slot behind the housing, which may further optimize aerodynamic performance.

The model on display this time is a model car. The new vehicle will be produced on a small scale in the future and is expected to sell for more than 1 million yuan ($150,000).
Supercars are designed from track to street. In the future, the car will be produced in China and delivered to consumers around the world as the first flagship model of Shanghai-based QEVAUTO.