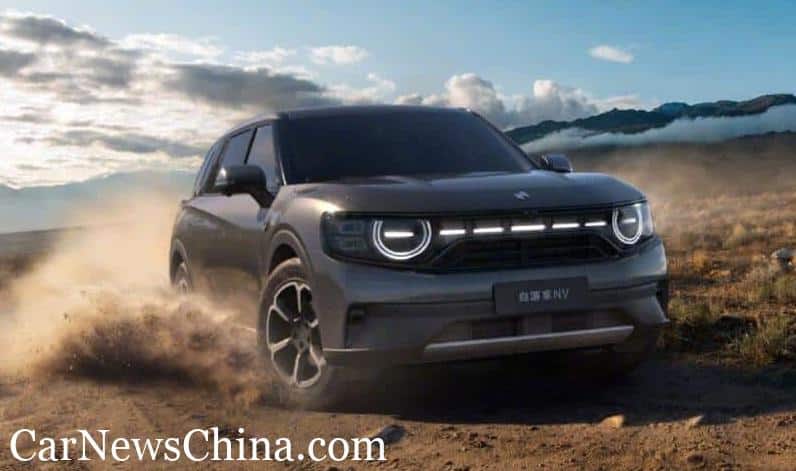 The new vehicle is classified as a high-end mid-to-large 5-seat SUV with pure electric and extended-range hybrid power. The production will start in March 2022.

Looking at the overall look, we can say that Niutron has done a fabulous job, keeping the design minimalistic.

The car’s side profile has a soothing yet straightforward design with a Digital dynamic battery charge indicator embedded in the C pillar and yet managed to make it perfectly blend in with the whole structure of the car.

The new car’s rising waistline form provides a much more dynamic visual experience, and the black body pillars give it the appearance of a suspended roof. It’s worth highlighting that the new car’s C Pillars has a metal-textured cover plate is included on the column.

The car will be equipped with an intelligent electric four-wheel-drive system, with the ability to achieve a 0-100 km/h acceleration time of 5.9 seconds and a variety of driving modes as standard.

Niutron is headquartered in Beijing, with an R&D facility in Shanghai and a core R&D staff of approximately 1,000 employees with an average of more than 10 years of expertise.

Niutron’s first model, a midsize SUV, is now being tuned and installed, with a modest test production run scheduled for March 2022 and an official debut scheduled for September, according to Li. Customers will choose between an extended-range and an all-electric version of the car.