Is It 2010 Again? Honda e:NS1 Has The Battery Pack Between Its Legs 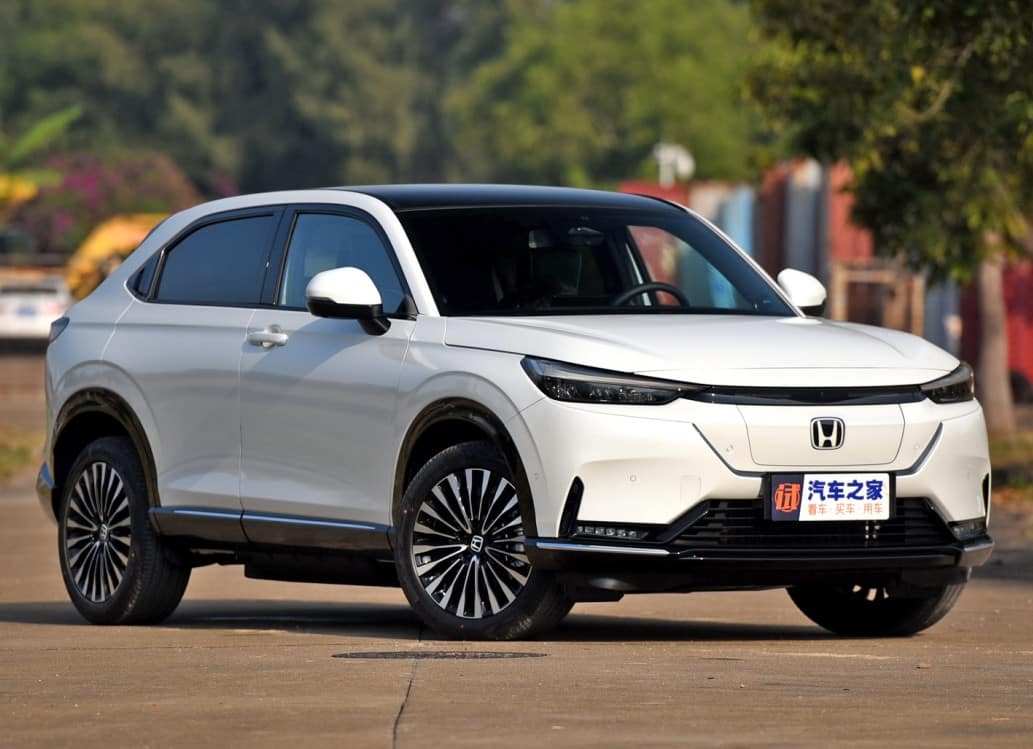 Japanese car maker Honda isn’t exactly a forerunner when it comes to electrification. Their first pure electric car, the Honda e, only has enough range to drive to the neighbors. The new Honda e:NS1 isn’t going to help Honda’s EV image. In fact, it makes things worse. Much worse. And that has everything to do with the placement of the battery pack. It is located in a frame fitted below the car’s underbody. Amazing. This is how tiny Chinese automakers did electric vehicles based on petrol cars in the 2010’s. Or even earlier.

That is the battery pack right there. Hanging at least some 10 centimeter under the underbody. What was Honda thinking..?

Don’t bump into anything!

The e:NS1 is based on the petrol-powered Honda HR-V, which stands on the ‘Honda Global Small Car’ platform. This platform is developed for petrol and hybrid electric vehicles (HEV), not for PHEV or EVs. The e:NS1 is made only in China, by the Dongfeng-Honda joint venture. Honda’s other joint venture, GAIC-Honda, will make its own version of the e:NS1. Honda China says the e:NS1 stands on a “e:N Architecture F” platform, but that is just PR bullsh*t. It seems to me that the e:NS1 was a rush job, pushed through to comply with China’s though emission regulations that set standards combining all cars of a manufacturer.

Honda e:NS1 is powered by a single electric motor, sourced locally from a company called Wei Pai Automotive Electronics. The base version gets 182 hp and 300 Nm, a 53.6 kWh battery, and a CLTC range of 420 kilometers. The top version gets 204 hp and 310 Nm, a 68.8 battery, and a 510 kilometer CLTC range. Decent numbers. Max speed is limited to 150 km/h in both versions, probably because it doesn’t go any faster anyway.

Design is very nice. It is a sporty looking little thing, with a low stance and cool details like the wide wheel arches and the black tail lights.

The interior is okay, but the enormous 15.2 inch portrait infotainment screen sticks out very high above the dashboard, right into the line of sight. The infotainment system runs on the Honda Connect 3.0 operating system.

The screen for the instrument panel sits in a sea of ugly gray plastics and measures 10.25 inch.

The charging ports are located at the front, behind the panel with the Honda badge.

The rear goes without a Honda ‘H’ badge. Instead, it has Honda lettering. The H, the O, and the N are in a capital font, whereas the d and a are small. Like this: HONda. How cool is that..? I suspect this is Honda trying to be hip. Same goes for the e:NS1 badge, mixing fonts and colors. Characters on the left say 东风本田, or Dongfeng-Honda.