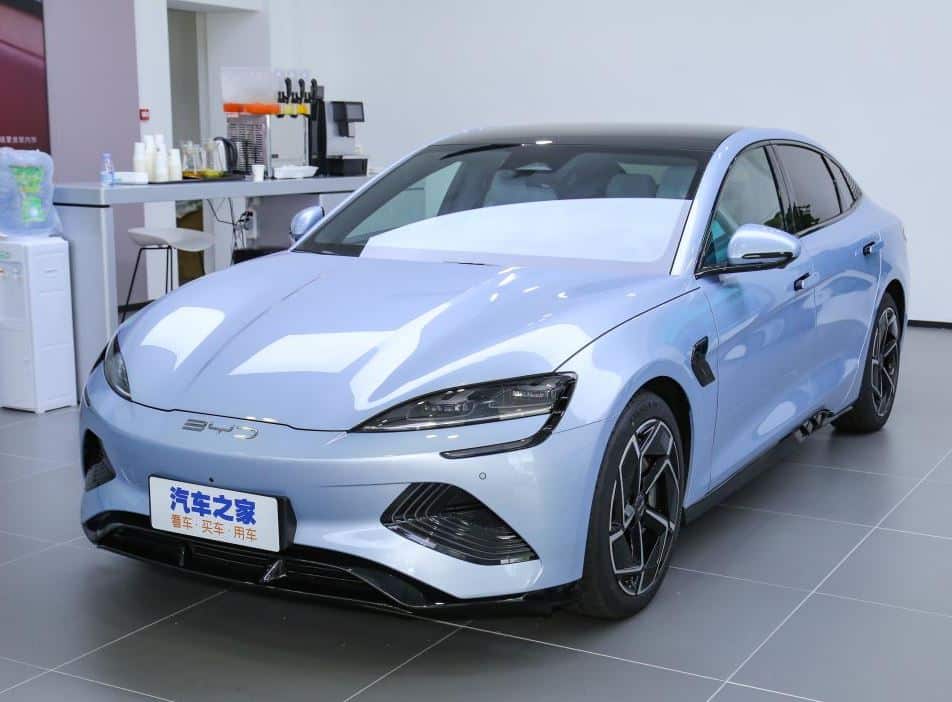 BYD entered Europe through Norway in September 2021. The first car to sell there was the BYD Tang. BYD Seal European launch hasn’t been announced yet. But BYD is targetting other markets – it confirmed that BYD Seal would launch in Australia branded as BYD Atto 4.

The Seal is based on BYD’s e-platform 3.0. This platform will be used to underpin several upcoming BYD electric cars.

The Seal has a calm and soft curve as a whole. The long and narrow headlights are like the eyes of a marine creature. The front hood bulges on the left and right, and the low hood and the closed grille create a sporty look.

The Seal has a sedan-coupe design with double side creases on the side.

The hidden door handles and low wind resistance wheels give the car a solid overall sense of movement.

The small tail wing that is similar to a ducktail further enhances the sporty atmosphere of the vehicle.

The interior features a rotating infotainment system 15.6-inch touchscreen in which the driver can change the orientation between landscape and portrait modes and 5G network. In terms of safety, the Seal has two airbags plus a knee airbag for the driver, front and rear side airbags, 360-degree cameras, and blind-spot monitoring.

The Seal also comes with a 12-speaker Dynaudio audio system.

The BYD Seal can seat up to five people with light blue seats representinging the ‘Ocean’ theme.