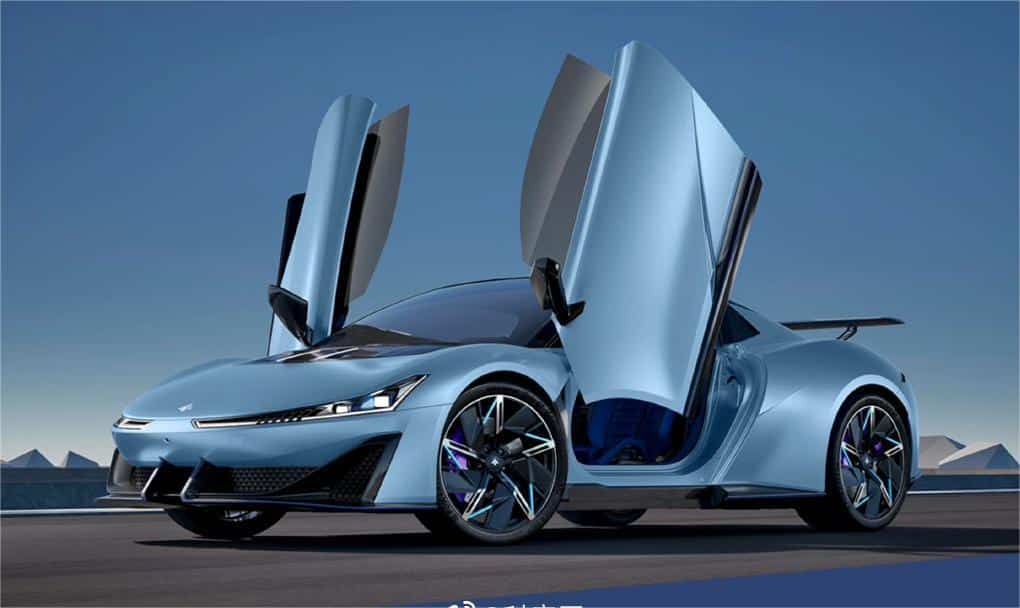 GAC AION held a brand day tonight to officially launch a new supercar called Aion Hyper SSR and issued the new brand logo of GAC Aion. The Aion Hyper SSR takes 1.9s from 0 km/h to 100 km/h with a price of 1.3 million (186,000USD) and the price of Aion Hyper SSR Ultimate will be 1.7 million RMB (244,000 USD). It will be produced and delivered in October 2023.

The Aion Hyper SSR adopts a streamlined design with gull-wing doors, neatly blending the smooth shape into the modern design.

Five lamp beads are added to the L-type LED lamp of the headlight.

The roof of Aion Hyper SSR is also equipped with brake light and a back-view camera.

This new car will be equipped with a built-in 14.6-inch multimedia screen and an 8.8-inch instrument cluster. The cabin space is ample for the comfortable sitting posture of the driver.

The two sides will carry out joint research and development cooperation in the fields of aerodynamics, innovative materials, AI control, and other fields. The achievements in science and technology will be applied to the Hyper Series products of Aion.