Hycan A06 Arrived At Dealers In China With Starting Price At 25,000 USD 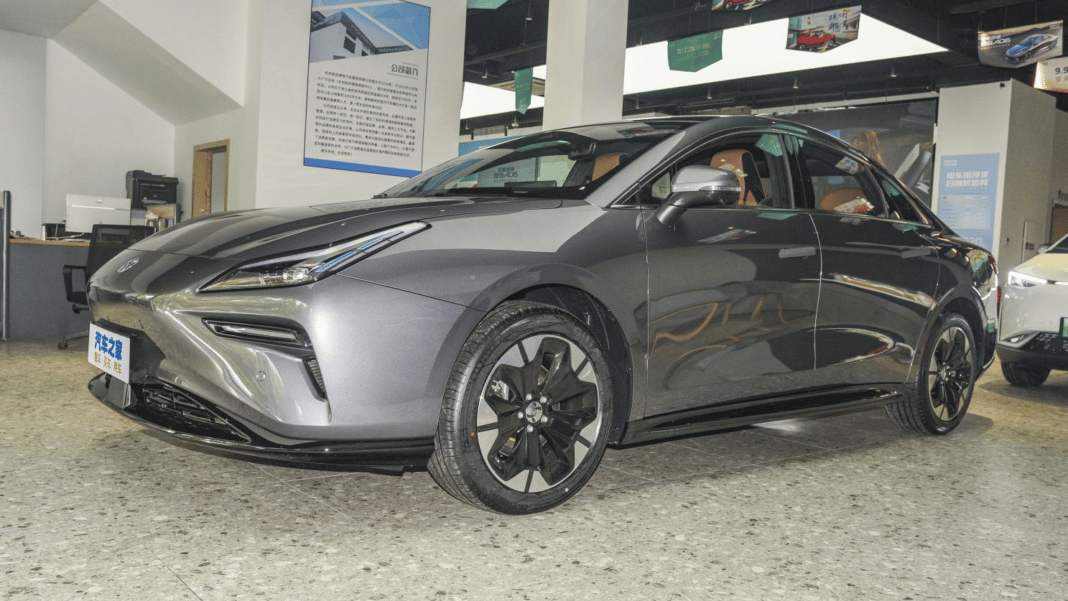 Hycan is a Chinese electric vehicle brand, established in 2018 as a joint-venture between GAC and NIO. Later, NIO has distanced from the JV, so now Hycan is fully owned by GAC. On the tech side, Hycan’s vehicles mainly use solutions from Aion, one more brand under GAC. But Hycan has another design, platforms, and branding. It is mainly aimed at young buyers. Currently, the Hycan model line comprises two vehicles: the Z03 hatchback and the 007 SUV. But its third car has already arrived at dealers. Let’s get to know it better.

Briefly About Hycan A06

We will remind you that the Hycan A06 is a mid-size sedan with dimensions of 4965/1920/1520 mm with a wheelbase of 2850 mm. In terms of sizing, the A06 stays close to the Mercedes-Benz EQE, but its wheelbase is 270 mm shorter. Worth mentioning that the A06 has a low drag coefficient of 0.23 Cd. For a comparison, the drag coefficient of the Porsche Taycan is a bit better at 0.22 Cd.

Hycan A06 at Dealers

We will remind you that the mass production of the Hycan A06 started on November 10 in the GAC factory in Hangzhou, China. The first batch of A06 has a blue body color called ‘clear sky blue’. Interestingly, it appeared that the first A06s that arrived at dealers were finished in a gray color called ‘ghost gray’. As for the interior, it has a ginger color. Speaking of the trim level of the A06 that arrived at dealers, it is an entry level vehicle.

As mentioned, the Hycan A06 will make an official market debut on December 3. We will also remind you that Chinese customers show great interest in this vehicle. After the pre-sales start in August, they’ve booked more than 30,000 A06s in 3 days. More info on the Hycan A06 as we get it.