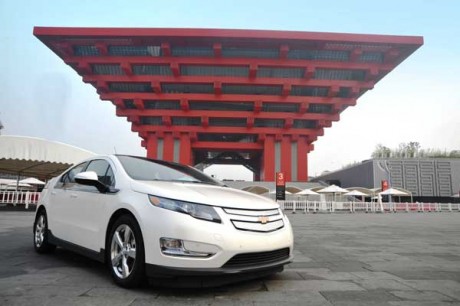 The world’s first “extended range” electric vehicle, the Chevrolet Volt, will be sold in China by the end of this year, said Kevin Wale, GM’s head of China operations, on Thursday.

Volt can overcome the shortcomings of ordinary electric vehicles, such as shorter driving distances than oil-fueled cars and the frequent need to plug in, Wale told a press conference after a Volt traveled 248 kilometers in more than five hours from Shanghai to Hangzhou, the capital city of east China’s Zhejiang province, without needing an additional electrical charge.

The Volt can travel 80 kilometers on its electric battery. When the battery is running low, it will switch to the “extended range” mode, which allows the car to run 490 kilometers more on its petrol-powered generator, removing worries that the car might run out of electricity in the middle of a road trip.