Autoshow drama in China: Man asks car model to Marry him, she refuses 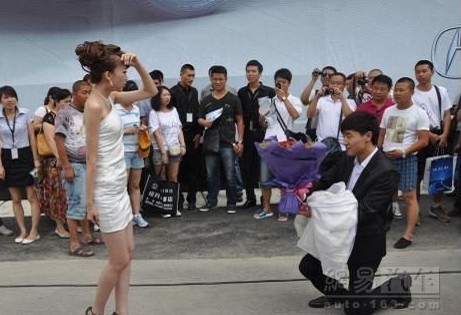 Drama at the Changchun Auto Show in the great province of Jilin in North East China. A man named Wang Wei went on his knees for famous car model Song Yue, working at the Volkswagen boot. Wang Wei got the suit and flowers and asked the question in front of dozens of curious onlookers. 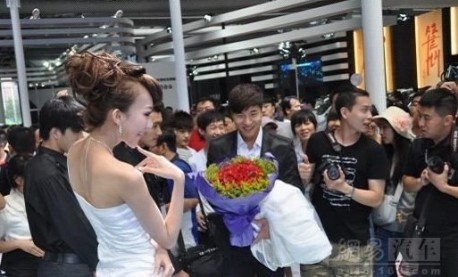 Song Yue smiled for a moment and then refused. But she left a slimmer of hope… 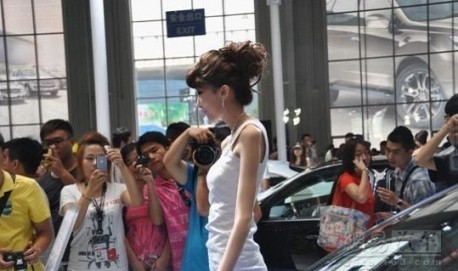 According to those who where there Song Yue said: ‘come back if you have earned 10 million yuan’. That’s 1.55 million dollar. Sounds harsh indeed but actually Wang Wei and Shua Xia didn’t have a relationship. The knew eachother from previous auto shows where Wang Wei basically acted like a gone-mad fan. Well, at least he knows now what he has to do to win her heart. 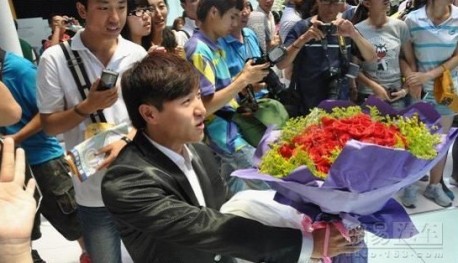 Getting the message. Disappointment. 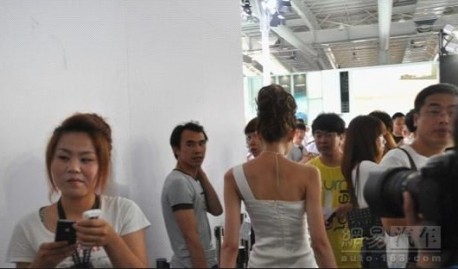 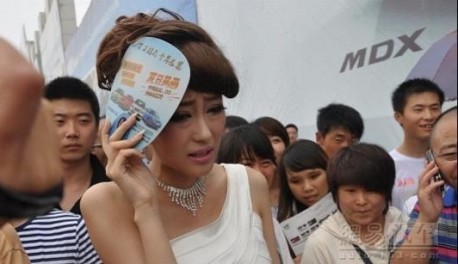 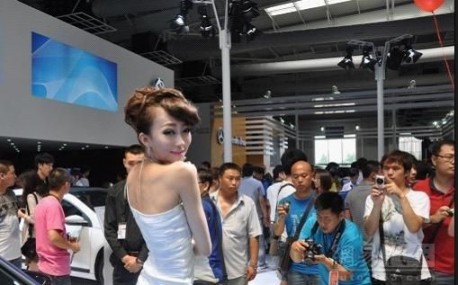 Not much later. Back in business. 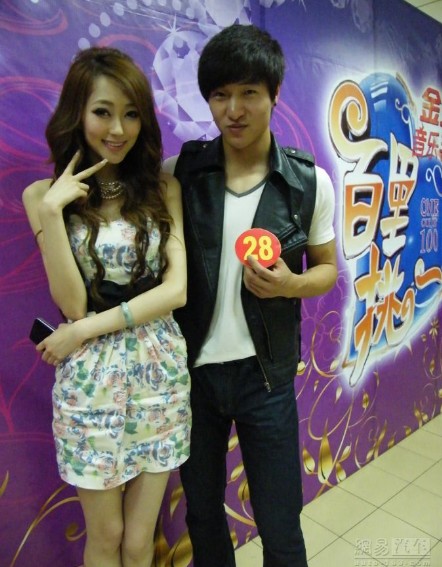