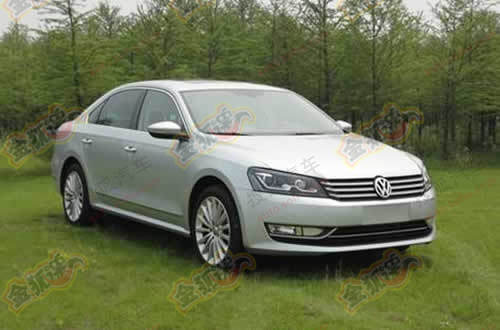 The new Volkswagen Magotan (Passat B7L) debuted in July. Until now the Magotan is only available with two engines, the 1.8 TSI and 2.0 TSI. That however will change soon with the arrival of the Magotan V6 which will be listed soon.

Spy shots show the V6 has a much more expensive look and massive 18inch wheels. It all does the Magotan very good. The V6 engine will be imported from Germany, the four-cylinder engines are made in China. Output is 184kw and 310nm, mated to a six-speed dual clutch gearbox.