Spy Pics: Tank 700 Is A New Off-Road SUV For China 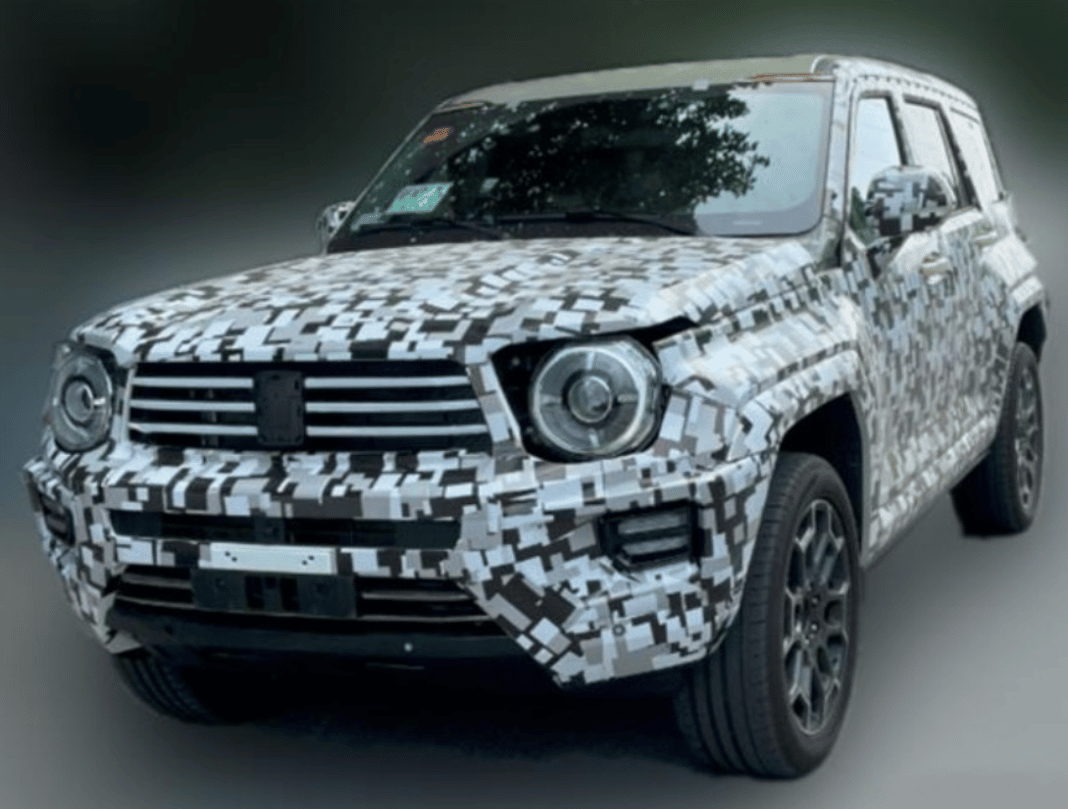 Great Wall Motors is one of the largest car manufacturers in China and in recent years has been showing a strong presence in several international markets as well. GWM has several sub-brands like Haval, Wey, Tank, Poer, Ora, etc, through which it sells its vehicles. Tank is an off-road vehicle brand that was launched at the 2021 Shanghai Auto Show.

At the 2022 Shanghai Auto Show, Tank revealed the 700 concept. It was one of those concepts that immediately drew the attention of the Chinese population and especially of buyers who were in the market for an off-road vehicle.

The Tank 700 concept featured flared wheel arches, large off-road tyres, and boxy dimensions with a few curves thrown into the mix. The production version was expected to feature a slightly redesigned exterior and interior. With the latest spy pictures of the SUV that have now surfaced, we have a good idea of what the production version will be like.

With regards to the exterior design, the Tank 700 still features the same boxy and straight lines. The test mule features circular headlamps up front, but we do expect the headlamp cluster to feature an improved design when it is finally launched. The grille and bumper haven’t really changed much from the concept that was showcased in April.

The bonnet features muscular lines and the alloy wheels too have been retained from the Tank 700 concept. The running board underneath the doors is missing on the test mule. There are a couple of design changes towards the rear. The angle of the flared wheel arches has increased while the slim and lengthy tail lamps have been replaced by thicker and shorts ones.

The rear bumper now protrudes further and the large tailgate-mounted spare wheel is missing on the test mule. The interior hasn’t changed much in terms of the design. However, the tan colour theme has been replaced by black, which is more practical to produce and maintain on a daily basis.

In an age where multiple-pod instrument clusters are being replaced by LCD screens, the Tank 700 has retained the three-pod instrumentation, which is a nice touch. The large touchscreen infotainment system is placed at the centre of the dashboard and it does seem like the screen on the production version is larger than on the concept. It does look like there will be premium materials all around, and this includes the buttons and switchgear.

Though powertrain details haven’t been confirmed, reports state that the Tank 700 could be powered by a 3.0-litre turbo-petrol engine and this engine will be paired with a 9-speed automatic transmission. Being an off-road SUV, the Tank 700 also features four-wheel drive. Stay tuned for more information about the new Tank 700.