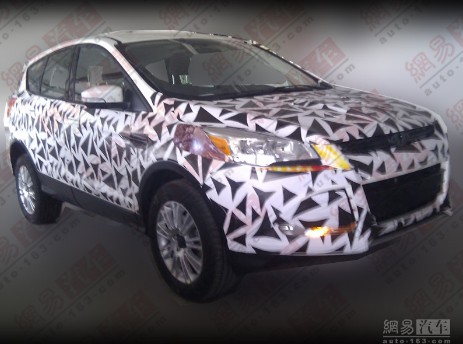 The new Ford Kuga medium-sized SUV has been spotted testing in China. The Kuga will officially debut in China at the Beijing Auto Show in April. The Ford Kuga will be imported until local production starts at the Chang’an-Ford joint venture. 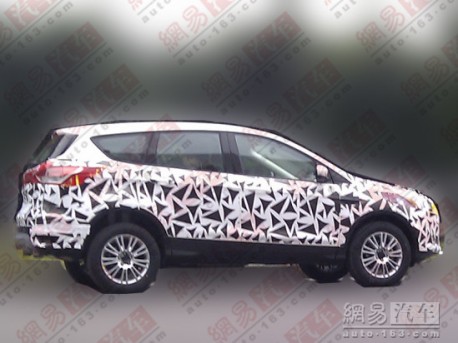 Ford better get that local production up ‘n running soon because it is unlikely the imported Kuga will be a success. All competition is locally produced; cars as the Volkswagen Touran, the Audi Q5, the Honda CR-X, the Toyota RAV4, the Hyundai Sante Fe and soon the BMW X3. Ford for sure knows all this and will therefore only offer the Kuga with the top-spec 200hp 5-cylinder Volvo engine. The smaller engines for competing on price will only be available in the locally-produced Kuga.