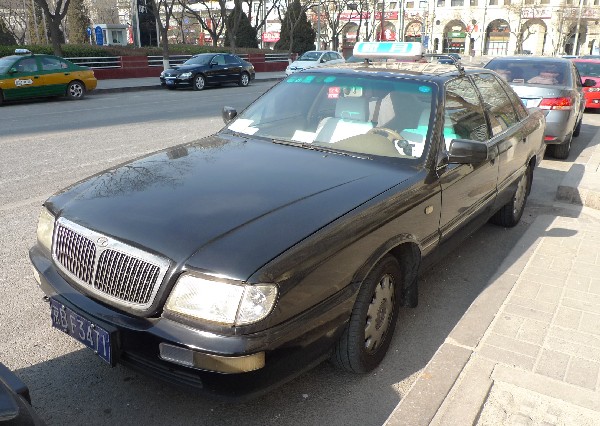 A very nice Hongqi CA 7202E3 Shijixing taxi seen here parked on a street in Beijing. The Hongqi (Red Flag) CA7202 series were based on the Audi 100 that was made by the FAW-Volkswagen joint venture in Changchun, Jilin Province. FAW, First Auto Works, is also the owner of the iconic Hongqi brand. 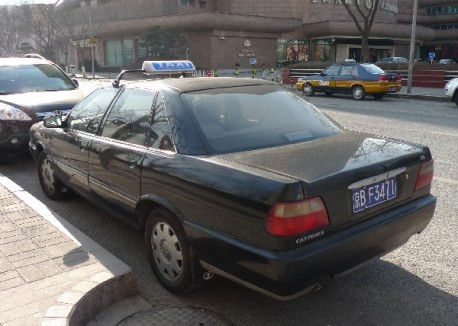 The Shijixing, aka Century Star in English, was powered by a 2.0 Nissan VG20 V6 that pooped out 92kw, good for a 175km/h top speed. The Century Star was made from 2000 until 2005, over the years many interesting version were born including a full-size limousine and a parade car.