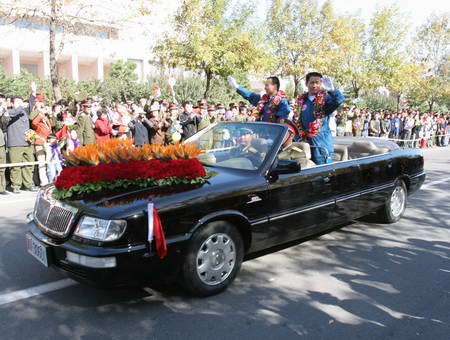 These pics are from 2005 and show the parade for the astronauts from the Shenzhou VI mission, China’s second manned spaceflight.  Pics are taken near the Beijing Aerospace Control Center in Beijing. Now for the car: 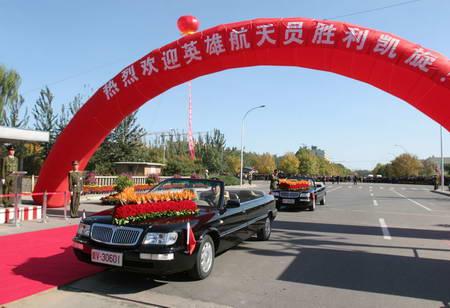 The L is stretched by 53 centimeters in the middle and has a special handlebar behind the front seats so the hero can hold the bar while waving to the crowd with his other hand. The L’s were made for parades, a couple of hundreds were produced between 2000 and 2005.

Factory photo from a very hot red car. The CA7202E3 was powered by a 2.0 V6 from Nissan with 92kw and 167nm. Hongqi was really messy with its engines. Some cars had Audi engines, some Nissan, and they changed sometimes within the lifespan of a car. Top speed for this L is 145 km/h, as stated by Hongqi back in 2005.